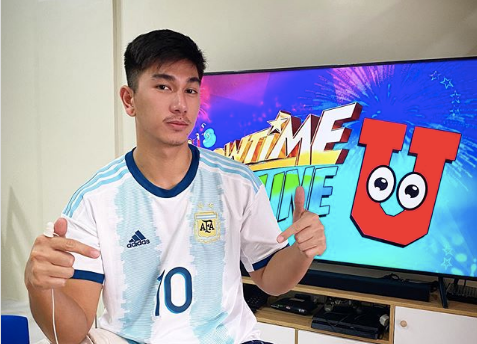 Hashtags member Nikko Natividad has finally broken his silence and admitted that he was duped in an investment scam.

Natividad spoke about his being a victim by posting a news clip of a woman arrested after an entrapment operation, as per his Instagram page yesterday, Aug. 23. He admitted that he lost P4 million in the scam.

“Hindi ko na kaya manahimik. Isa ako sa mga nag invest at na scam dito,” he declared. (I cannot stay silent anymore. I was one of the investors who got scammed here.)

While he knew he could be bashed for his supposed gullibility or desire for more money, Natividad appealed for understanding from the public and explained that he is speaking out now to help people by informing them, so they would not be fooled too. He also said it hurts him so much to lose all that he has worked hard for and saved, that he suffered sleepless nights and got depressed.

(I lost my P4 million because I trusted the wrong person. I sacrificed sweat and blood, and in a flash, I lost everything.)

Natividad had lost hope that he will retrieve his money from the scam, so his message now to the scammer is,  “Hustisya na bahala sayo.” he said. (May justice take care of you.)

Although he lost a huge amount of money, he said that he will bounce back and learn from the experience. In another post on the same day, Natividad stated that he foresees a day when he would just laugh off what has happened to his hard-earned money. JB