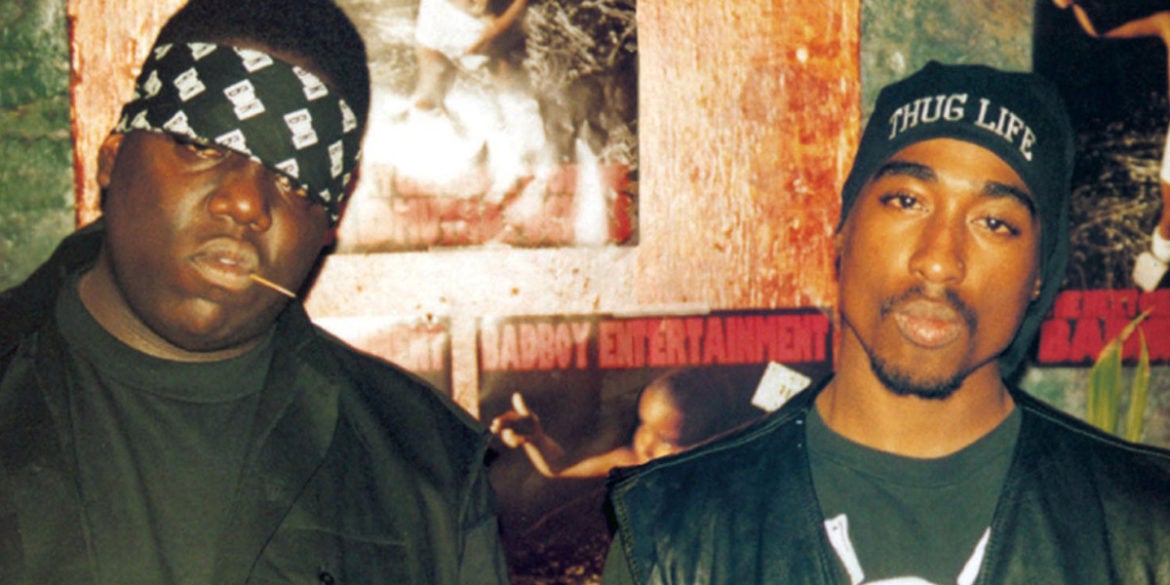 The letters and crown will headline the September 15 sale that features more than 120 lots including clothing, jewelry, art, and other ephemera of the genre born in the Bronx.

The crown is the headgear that The Notorious B.I.G. — famous for hits including “Juicy,” “Big Poppa” and “Hypnotize” — wore during his last recorded photoshoot in 1997, just three days before his shock murder in Los Angeles.

The photographer Barron Claiborne, who took the now immortal image of the artist born Christopher Wallace, put the rap artifact up for sale where it’s expected to go for $200,000 to $300,000.

It’s quite a sum for a crown made of plastic that Sean “Diddy” Combs, at the time Biggie’s label owner, at first worried would make the hip hop superstar look like the Burger King rather than the King of New York.

“You’re not so much selling the object as selling the story that’s behind it,” explained Cassandra Hatton, the senior specialist at Sotheby’s behind the auction set to become an annual event.

“It’s something that we all recognize. All you have to say is ‘Biggie’s Crown,'” she told AFP.

“Even my grandma — and I love Grandma, but she’s not hip,” laughed Hatton. “She knew what Biggie’s crown was.”

The other cornerstone of the September auction is a collection of 22 signed love letters penned by Tupac Shakur to his girlfriend Kathy Loy when he was a teenager in Baltimore.

Tupac — whose hits included “California,” “Changes,” “Dear Mama” and “All Eyez On Me” — was also gunned down, just months before Biggie. Both murders of two of hip hop’s most influential stars remain unsolved.

The 42 pages of intimate messages written in the deliberate yet shaky cursive of an adolescent paint a vulnerable portrait of the lyrical Tupac in love, both eager to profess his heart’s desire and insecure that he could lose his high school sweetheart.

“I love you now more than ever. So forgive me for carrying on. I love you beautiful. Still love me?” he writes in one letter signed “With All My Heart, Tupac Shakur.”

“Will you call me tonight at 11:40? Just to check to see if I’m okay,” the nascent rapper wrote in a postscript.

The sale intends to trace the development of hip hop from its birth in the late 1970s through the “Golden Age” of the mid-1980s to the mid-1990s to the present day.

A portion of the proceeds will go to non-profit community organizations, including the music and DJ program Building Beats aimed at engaging underserved youth.

The charity aspect was important, Hatton said, because “the sale is about celebrating the history of hip hop and how much of an impact it’s had on culture.”

“We wanted to support organizations that themselves supported the preservation of the history of hip hop.”

The auction is unique not only in that it’s the first of its kind at a major international house, but also because the majority of the consigners are artists themselves or their estates, rather than collectors.

“That’s kind of a big conversation in the art world — do the artists get any benefit from the sale of their art,” Hatton said.

In this case, she said, “we can absolutely say yes.”