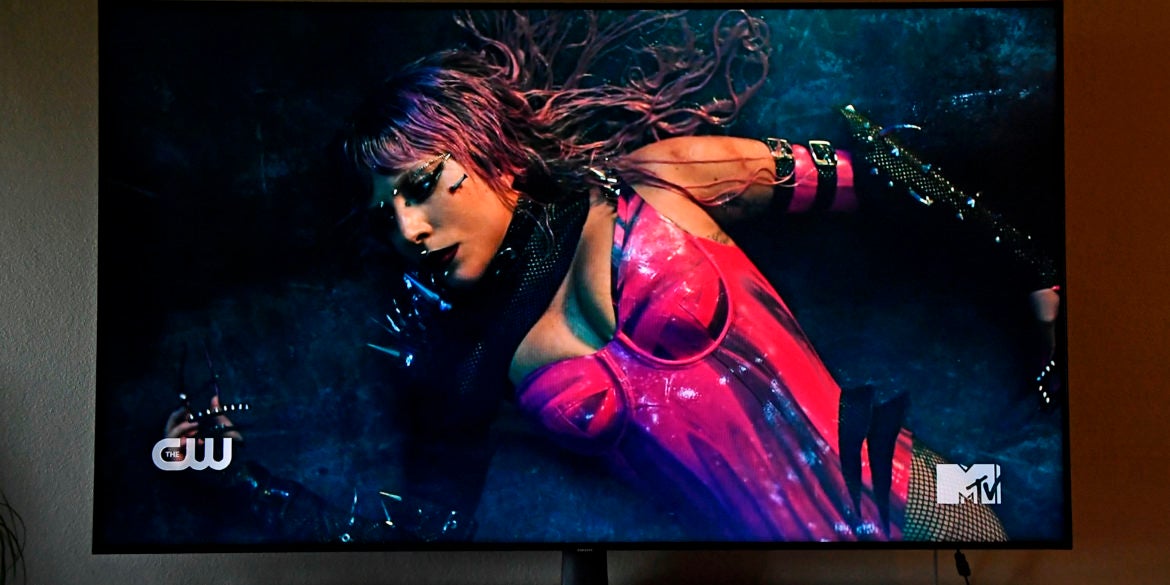 The 2020 VMAs — a show known more for ostentatious performances, made-for-Twitter moments and wild costumes than the actual awards — was scaled back due to the coronavirus pandemic, with performances held at outdoor spaces and many celebrities accepting prizes via video.

Host Keke Palmer, known for her role in last year’s film “Hustlers,” opened the show with an emotional cold-open paying tribute to actor Chadwick Boseman, who just died after of cancer.

“We dedicate tonight’s show to a man whose spirit touched so many,” she said of the performer who portrayed James Brown and Jackie Robinson, and was the first Black superhero in “Black Panther.”

Canadian R&B singer The Weeknd — whose wins included the coveted Video of The Year — then launched into a performance of the hit “Blinding Lights” atop a viewing deck protruding off a Manhattan skyscraper, 1,000 feet in the air.

“It’s really hard for me to celebrate right now,” he said in accepting his moon man trophy for Best R&B.

It was one of many nods to the Black Lives Matter movement, acknowledging a year that has seen months of anti-racism protests.

Several stars also encouraged voting during the show where the Joe Biden campaign bought a number of advertisements in a bid to reach youth in his campaign against President Donald Trump.

Lady Gaga took home trophies including Artist of the Year and Song of the Year for “Rain on Me,” her collaboration with Ariana Grande.

The pair staged a futuristic performance atop the Empire State Building, both masked, with Gaga in a BDSM-esque corseted get-up, one of her many eccentric costumes of the night.

The 34-year-old — who famously wore a dress crafted of raw flank steak to the 2010 VMAs — also won the show’s inaugural “Tricon Award,” which recognizes an artist who is highly accomplished across three or more disciplines.

“This has not been an easy year for a lot of people, but what I see in the world is a massive triumph of courage,” she said.

The show featured sweeping pans of New York, a city devastated in the early days of the coronavirus pandemic and that originally was meant to host the VMAs at Brooklyn’s Barclays Center.

In addition to the Empire State Building, performances were also held at the waterfront Skyline Drive-in theater, with an audience watching from spaced-out cars.

Performers and crew at this year’s VMAs were exempt from New York’s statewide mandatory two-week quarantine imposed on travelers coming from areas with high rates of Covid-19.

The state’s Department of Health said those involved with the show were required to quarantine when not working and submit to “rigorous testing.”

This year’s edition included new awards recognizing the tumultuous year in music, with the pandemic halting tours and festivals worldwide in a devastating blow to the industry.

The show also honored healthcare workers with a tribute to doctors and nurses singing and dancing in crowd-sourced videos.

And while American pop regulars including Gaga, Grande and Taylor Swift all took home trophies, they were upset in their genre’s primary category by Korean megastars BTS, which won for Best Pop for “On.”

The group held a green-screen performance that placed them in front of the Brooklyn Bridge in a shot recalling the classic film “Once Upon A Time in America” that starred Robert DeNiro.

Rapper Megan Thee Stallion — currently basking in the glow of her recent success with Cardi B for their raunchy hit “WAP” — won Best Hip Hop for “Savage.”

The star accepted her award from home, popping champagne wearing spandex shorts and a T-shirt.