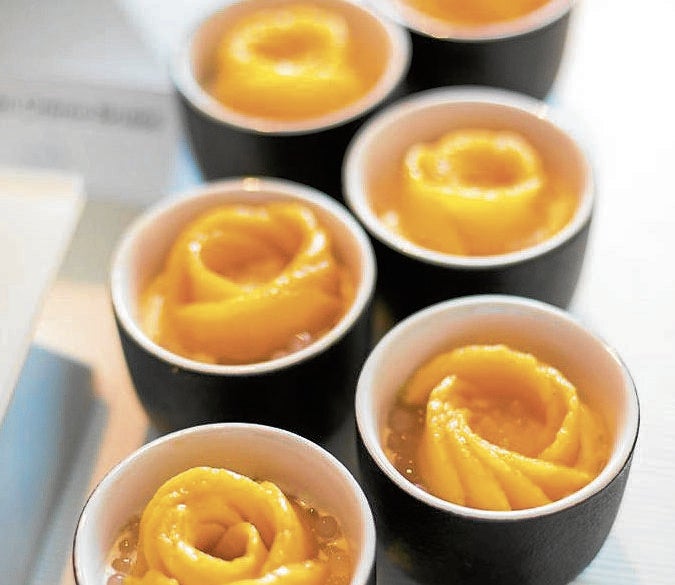 Mangoes in the refrigerator

Last week, the poem “This is Just to Say” by the poet William Carlos Williams that I photographed on the wall of a house in The Hague inspired a reader, James Figueras, to translate it into Filipino. But he substituted another fruit for Williams’s plum.

Figueras wrote later to introduce himself: “I am a 65-year-old Landbank retiree from Abra. I am a literature enthusiast, especially Ilocano stories and poems, and my avocation is finding the original Ilocano terms of Spanish words that are now being used in written and conversational Ilocano. Upon reading the poem of Williams in your article, I simply adapted it into Filipino right there and then. I tried doing it in Ilocano, but I felt it lacked the rhythm and conciseness that the poem demands. I am still trying, though.”

That made me search for more poetry about food, and the internet seemed the fastest way to look rather than opening my husband’s poetry book collection.

Among the poets influenced by Williams is Frank O’Hara, who regards his idol poet as “better than the movies.” That particular phrase he also adopts in the poem below though he changed it to “even more fun.” The poem reveals that the American O’Hara has been to Spanish landmarks such as San Sebastian, which food-centric tourists regard as the place to dine in Spain. He’s been to French places, as well.

Having a Coke with You

Is even more fun than going to San Sebastian, Irun, Hendaye, Biarritz, Bayone

Ode to a Large Tuna in the Market

among the market vegetables,

lying in front of me

The poem on the onion not only describes the physical appearance of this vegetable and how it grows, but also how it affects the user in the best words that only a poet, I suppose, could do.

Ode to the Onion

and in the secrecy of the dark earth

your belly grew round with dew.

You make us cry without hurting us.

Robert Frost, American poet, also had a poem about food. Frost is mostly remembered for reading his work, “The Gift Outright,” which he composed and read during the presidential inauguration of John F. Kennedy. Reading the poem below brought back memories of my grandfather, who picked apples to supplement his living allowance while he was a pensionado, a Filipino scholar, in the United States. My lolo must have felt what Frost expressed in this poem after “ten thousand thousand” apples.

For I have had too much

Of apple-picking: I am overtired

Of the great harvest I myself desired.

There were ten thousand thousand fruit to touch,

Cherish in hand, lift down, and not let fall.