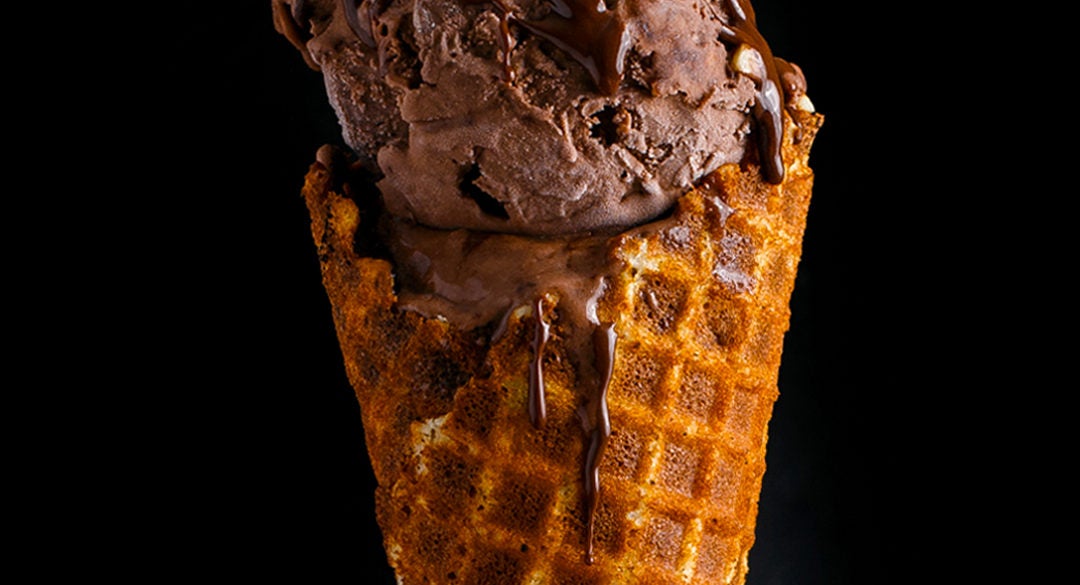 ‘Secret Breakfast’ and other new ice cream flavors to try

Compared to cake and other baked goods, ice cream is a lot more accommodating of whimsical flavors. This has been proven time and again by homegrown brands, which have come up with ice cream versions of, say, cheesy mamon, ensaymada, and even mangga’t bagoong.

Our ice cream makers have again flexed their creative muscles to release fancy flavors during quarantine.

J&M Naughty and Nice Ice Cream is the alcohol-infused line of ice cream of Paco Magsaysay, named after his sons Jaime and Mikey. For someone who enjoyed splashing a little coffee liqueur on his vanilla ice cream during his college days, it was inevitable for him to introduce this brand. But it didn’t come without a challenge.

The Secret Breakfast, a bourbon and Kahlua-spiked ice cream studded with cornflakes cookies, is a variant Magsaysay once carried and had to give up so his first brand, Carmen’s Best, could be halal-certified and carried by airlines (Qantas and Singapore Airlines). He has always wanted to bring it back, so he did by launching it under a separate brand. He has four items under J&M—Kahlua Coffee, Brown Russian which has whiskey, Irish Coffee which has Bailey’s, and his bestselling Secret Breakfast.

Sebastian’s recently launched its own online store and delivery program. Ian Carandang has also come up with a couple of new items that will have your taste buds curiously craving.

“I had been working on trying to make popcorn ice cream for a while now,” he says. “I finally settled on making a double layer of caramel popcorn, then dipping those in white chocolate, resulting in popcorn that would stay crunchy even if it stayed in the ice for months.” That mixed-in caramel and cheese ice cream then led to his Chicago Mix Popcorn flavor.

Carandang has added new variants to his other lines. His THICC Dive Bars, ice cream on a stick that’s dipped in chocolate and garnished with toppings, now comes with either salted butter caramel or thick gooey fudge inside.

His Leche Flan Torte, an ice cream cake with a cookie crust base and a crowning layer of set custard, gets a colorful interpretation with the mix of his sapin-sapin ice cream. A crunchy latik cookie base is topped with layers of ube, langka, and kutsinta ice cream flavors, then capped with coconut cream leche flan. It’s the fifth and latest variation of his torte. He also has avocado, classic, mango and chocolate versions.

Jason Go and Paolo Reyes of Manila Creamery have been working hard on improving their gelato flavors. Their Dark Nut gets a chocolate crumble for texture, and the chocolate-hazelnut sauce is something they now make using tablea and hazelnut praline. They replaced imported dark chocolate with ground-up cacao beans from La Resurreccion in Binondo for a sharper flavor. Their Ricotta Orange, ricotta gelato with orange marmalade and cashew nuts, is also on limited run.

New on their line is melon, a milk-based gelato infused with Hami melon or snow melon, which has a sweet and crisp flesh. “We found that this variety achieves the flavor we’re looking for, which is sweet, light and refreshing,” says Go. “It tastes like the melon milk of yesteryears. It’s so nostalgic.”

Owing to the growing health-conscious market, Edy Gamboa-Liu of Fog City Creamery has produced an ice cream alternative for people who might be lactose-intolerant, or with a lifestyle where they want to cut out their dairy intake. She admits that her vegan line was hard to develop.

“It took me close to four months,” she says. “I wanted to make ice cream that’s lower in fat and sugar but still very satisfying to eat, so I experimented on nut milks until I finally decided on using oat milk, which is good because it is high in fiber. We make it in house and combine it with coconut milk for the base and as sweetener, coco sugar and sometimes, very minimal refined sugar for some flavor.”She has four flavors to choose from—vanilla with dark chocolate, fresh strawberry, dark chocolate, and matcha. Edy is currently working on a cold brew coffee flavor.

Merry Moo has just released a new line, which owner Kelvin Ngo calls The Chunky Bunch. Not only are they texturally interesting, but they also bring fond memories with each scoop. “We noticed that people are looking for more nostalgic flavors and are less adventurous, and that’s why we decided to offer this.”

It’s also the first time for Merry Moo to release a cake version of their frozen treat. “Our ice cream has always been part of celebrations for customers pre-COVID-19 (new coronavirus disease), so my wife thought that we should do an ice cream cake so families can still celebrate during this time,” says Ngo.

Named the 2-in-1 Party Tub, their celebratory creation is composed of two ice cream flavors—chocolate and sea salt caramel, or French vanilla and strawberry—layered with soft, buttery sponge cake. Each order comes in a half-gallon container and includes a candle.