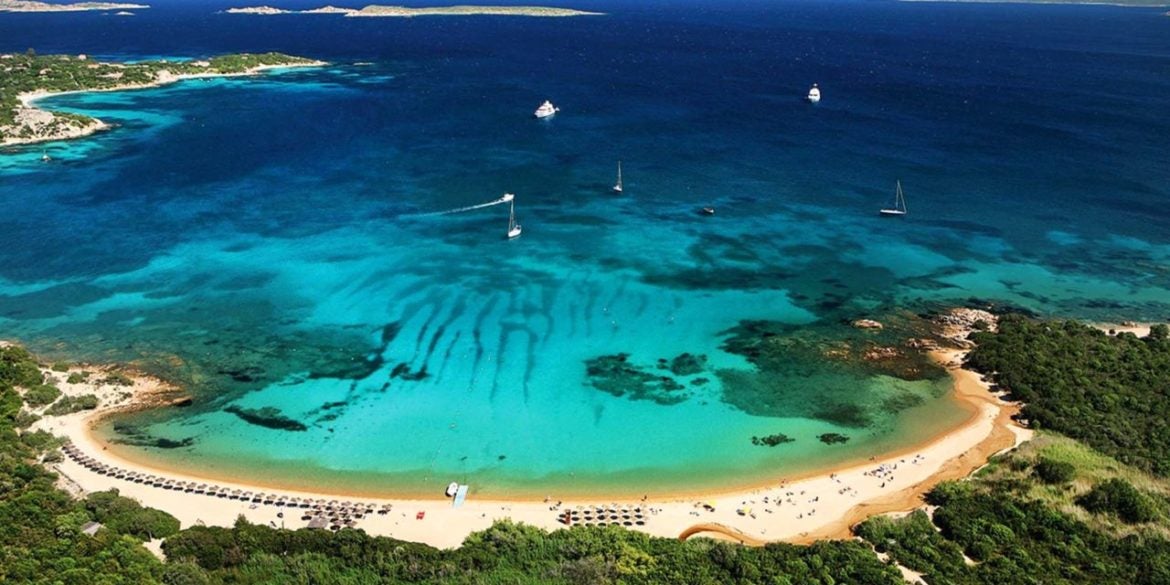 Fiercely opposing restrictions imposed by Rome after the coronavirus pandemic hit Italy, some of the country’s super-rich including ex-premier Silvio Berlusconi have now fallen prey to the Covid-19 “curse of the Emerald Coast.”

Berlusconi and two of his children tested positive for the virus on Wednesday, the latest among Italy’s jet-set to be hit after holidaying along Sardinia’s exclusive coastline, often called the country’s “most glamorous vacation resort.”

Speaking via telephone to an election rally in Genoa on Thursday, Berlusconi reassured activists of his centre-right Forza Italia party that he had “no fever, no pain”.

“I want to reassure you: I’m doing pretty well,” he added, saying he had been moved by all the messages of support he had received.

Taking its name from the beautiful waters that surround the Mediterranean’s second-largest island, the Emerald Coast has recently built a reputation as a place where the super-rich often flouted Rome’s strict face-mask policies, local papers said Thursday.

Italy was one of the first countries in Europe to be hit hard by the outbreak of the coronavirus pandemic and Rome insists on people wearing face-masks when entering enclosed spaces such as restaurants.

The coastal region is dotted with luxury homes, exclusive restaurants, and discotheques, and Italian news reports often abound with stories about parties there with glamorous models, top-class champagne, and expensive caviar.

One of the best-known hangouts for the rich and famous is the “Le Billionaire” nightclub which belongs to Italian businessman and former managing director of the Benetton Formula One racing team Flavio Briatore.

The nightclub was closed down in August after Briatore and employees tested positive for the coronavirus.

Ten days before, Briatore met Berlusconi at his home along the same coastline, according to local news reports.

Local television personalities, some 10 footballers, a boxer, and one politician were also infected, the Corriere della Sera reported.

Berlusconi’s doctor Alberto Zangrillo told La Repubblica on Wednesday the politician was “asymptomatic” and Briatore was discharged late last month after a brief stay in a Milan hospital.

Both tycoons are regular critics of Rome’s restrictions to fight the pandemic which has so far killed more than 36,000 Italians.

Berlusconi was first tested late August after returning from Sardinia.

The result was negative, but he was tested again after Briatore and others showed signs of Covid-19.

Briatore visited Berlusconi at his sumptuous villa on northeastern Sardinia, which the Italian politician, now 84, bought decades ago and several years ago was estimated to be worth between 450 million euros ($532 million) and 470 million euros.

He has continued to enlarge the estate, estimated to be twice the size of the Vatican in Rome, and said to feature an artificial volcano, seven swimming pools, and a greenhouse stocked with orchids, palm trees, cacti, and rare plants.

Messages of support Wednesday came in from all side’s of Italy’s political spectrum.

But news of Berlusconi contracting Covid-19 also elicited sarcasm from the Italian press, quick to latch onto a series of sex scandals plaguing the media tycoon.

“After Briatore, Berlusconi also has Covid,” Italian daily Il Fatto Quotidiano said in an editorial on its front page.

“It seems obvious that there is a batch of contaminated Viagra around,” the paper joked.