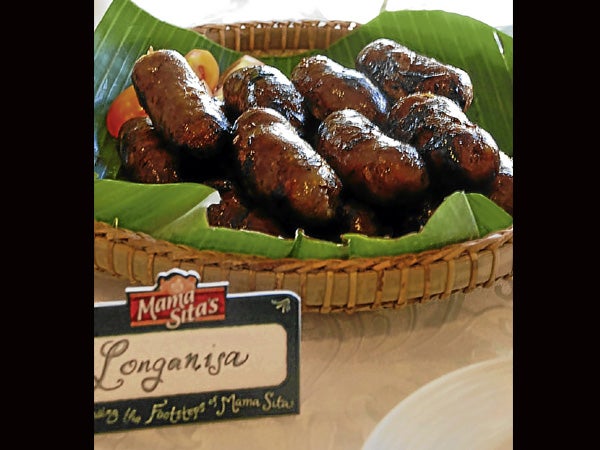 My last trip to Divisoria was truly an educational experience. A person of comfort and convenience, I seldom venture beyond the Pasig River, much less to Divisoria, for fear of getting lost, stuck in traffic, or even being mugged. Divisoria, for me, is synonymous with Agoraphobia or the live set of Blade Runner.

No matter what my friends tell me about the bargains, the fresh produce, and the general retail therapy that Divisoria offers, I dare not venture into what people refer to as a “shopper’s paradise.” I prefer to play it safe by securing convenient and accessible parking space, coupled with air-conditioned comfort. I do not want to be exposed to the elements and hordes of sweating bodies shoving in all directions.

And, since I have no way of knowing what the true price of produce or other commodities is in the first place, I also hate bargaining.

I am not, however, adverse to shopping in certain public markets where I know the geography, topography, and most importantly, the people around me, and also, where I’m familiar with the escape routes.

At 6:45 on a cool  morning, I found myself dragging my feet toward the Aristocrat Restaurant on Roxas Boulevard. Barely conscious upon arrival, I was suddenly awakened by the scent of cooking longganisa and tocino emanating from the kitchen.

Two cups of coffee later, the function room was buzzing with food writers and editors preparing to embark on an excursion to Divisoria that had been planned by a team from the popular food company, Mama Sita.

Like soldiers being dispatched to the battlefield, we fortified ourselves with an authentic Pinoy breakfast of daing na bangus, tapang karne, adobong manok, tocino, longganisa, fried eggs and garlic fried rice served with various vinegars ranging from tuba to sinamak. All this was rounded off with an array of kakanin, pastries and fresh fruit.

As shown in the video presented during breakfast, Mama Sita was truly a cooking renaissance woman born into culinary royalty. Her mother was the famed  Engracia Reyes (Aling Asyang) who established the Aristocrat Restaurant. And before embarking on our excursion to Divisoria, we crossed the road to Raja Sulayman park to see the marker that had been placed there by the National Historical Commission to honor her name.

Now wearing Mama Sita T-shirts with matching straw hats, we foodie journalists made our way to a couple of waiting calesas. Sadly, for logistical reasons, the short calesa ride turned out to be merely a photo opportunity.

When we eventually reached the corner of Reina Regente and Soler streets, I was pleasantly surprised to see the  development taking place. It seems that certain areas of Binondo are gradually being gentrified, looking more like Singapore or Shanghai.

To make our shopping experience  truly pleasurable, we were assigned personal shopping assistants, who turned out to be volunteers from the local barangay. Not only were they familiar with the  geography of Divisoria, they were also happy to carry our shopping for us.

After hours of shopping and walking the crowded alleys of Divisoria, we boarded our vans  for a late lunch at Ristorante de Mitre in Intramuros. This is when I began to reflect on the legacy left by Mama Sita.

Intense passion for food. For Mama Sita, there was no such thing as shortcuts. Her diligent and conscientious way of preparing food for her family was a trait inherited from her mother—always respecting the flavors of ingredients used by allowing them to cook slowly to bring out their natural goodness.

Have fun and learn at the same time. Mama Sita and Aling Asiang would regularly eat out together or just wander around Divisoria to learn and  touch base with their suppliers. Mama Sita watched and observed as her mother scoured the marketplace while interacting with vendors.

Develop an entrepreneurial spirit. Mama Sita started her food business on a small scale. She sold fresh fruits, kakanin and dikiam to students of St. Theresa’s College. She befriended the manager of the canteen at Ateneo College in Padre Faura, offering to sell turon na saging there. She also delivered turon and chips to De La Salle College on Taft Ave. When Ateneo moved its campus from Manila to Loyola Heights in Quezon City,  she commuted the long distance before walking at great length from the gate to the campus with a bilao of banana fritters on her head.

Encourage mentoring and disciple succession. For Mama Sita, no stone was left unturned where  her family’s welfare was concerned. When she took over the operation of Aling Asyang’s Lapu-lapu canteen in Marques de Comillas, Manila, and knowing that her mother had entrusted the canteen to her, she worked ever more diligently, perhaps aware that bigger things were to come in the form of Aling Asiang Aristocrat restaurant.

Practice makes perfect. Mama Sita did eventually become the purchaser of Aristocrat, and just as her mother had done before her, she would leave home at five each morning for Divisoria or Quinta Market to scour for the best buys.

Develop a network of supporters. One of her favorite sukis in Divisoria was egg dealer Mariano Gobiau. From Estanislao Trading Company, she bought paper bags used for take-out orders of Aristocrat’s famous chicken barbecue, while for sugar she shopped at Windon General Merchandising Corporation. She often brought one of her children, leaving him or her in the care of a trusted suki.

Cultivate a sense of commitment and loyalty. So close was her association with Divisoria’s vendors and traders that only the worst typhoon would deter Mama Sita from her daily visits. This diligence stemmed from her sense of loyalty. Mama Sita thought it unprofessional to disappoint the vendors waiting for her, while she in turn secured from her sukis loyalty and friendship. Always sunny in demeanor, consistently fair, naturally kind and friendly—Mama Sita was indeed a true “Diva ng Divi.”

Not everyone can travel to Divisoria for fresh ingredients. Today, working moms and single urbanites would be hard-pressed to go to the market, prepare the ingredients by hand, and cook like the homemakers of bygone days.

But the goodness of home-cooked meals need not be a thing of the past—thanks to Mama Sita’s new line of Fresh & Chunky Sauces.

Made from fresh ingredients, choice herbs and spices, and real vegetable pieces, these sauces present a sensible solution to making great-tasting food from scratch, minus the hassle of food preparation.

Most importantly, these new culinary innovations reduce the cooking time without sacrificing the flavors of  authentic dishes. Each mix has been created using Teresita “Mama Sita” Reyes’ original recipes.

In Ilaya Street,  Divisoria, Mama Sita’s ancestral house bustled with marketing, selling and cooking. Homemade bagoong and dried fish, imported from Estancia (Iloilo), Tabaco (Albay) and Damortis (La Union), were sold wholesale on the first floor, while the second floor housed the family. It was in this atmosphere, steeped in Filipino culture and food, that Mama Sita took the first steps that would eventually help her become the Filipino’s “home-from-home nanay.”

Now known as Carmen Planas, this is where fruits are sold in bulk and was Mama Sita’s favorite part of Divisoria. It was also the source of her pasalubong consisting of sacks of pomelo, buwigs of banana and kaings of lanzones, mangoes, atis or dalanghita.

Sadly, Carmen Planas is  filled with many imported fruits, and the stated vision of the Mama Sita Foundation is to reintroduce our luscious Philippine tropical fruits to Divisoria.

The current bagsakan of produce from Baguio, now the heart of food trade in the city. In the past, instead of the trucks seen now, “casco(s)” (small flat boats) waded along the river, delivering fresh produce from the port. At the turn of the 19th century, trade flowed from Manila Bay through the Pasig River, ending on the capillaric esteros where Azcarraga sits.

A place where textiles and textile accessories are sold. Because of her passion for cross-stitch, Tabora was another Divisoria street favored by Mama Sita.