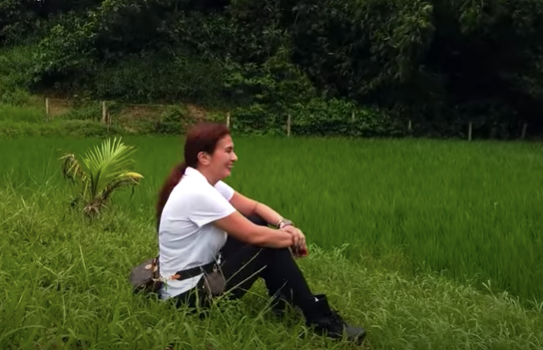 Singer Zsa Zsa Padilla is obviously enjoying farm life, so much so that she gave her fans a peek into her day at Esperanza Farms, a 5-and-a-half hectare property in Lucban, Quezon which she shares with her partner, architect Conrad Onglao.

Padilla stated that the farm is “still under construction,” as per her vlog in YouTube on Sept. 4.

(Conrad is the one who loves water features so he thought of making a fountain here as his signature.)

She also shared that they bought a heritage house in Batangas which they will turn into a “café” or “space for intimate celebrations.”

Among other areas and features of the farm she showed was a portion with ornamental plants and various ginger plants; a dog house which they will instead use for the goats since they decided to make their dog stay at Casa Esperenaza; storage which will house farm equipment; and an unfinished area which will be home to a carabao named Diomedes.

In another part of the farm, Padilla pointed out that her partner originally wanted to grow fruit-bearing trees. She also revealed that he buys seeds while abroad.

(Whenever we’re in Japan, we go to the market and buy different kinds of kamote. Why kamote? Because it’s delicious and easy to grow. When we harvest, we harvest various kinds.)

Padilla ultimately shared a little-known trivia about Lucban: how there are lots of pomelo trees there.

Zsa Zsa Padilla on Dolphy’s 8th death anniversary: ‘I miss him every day’