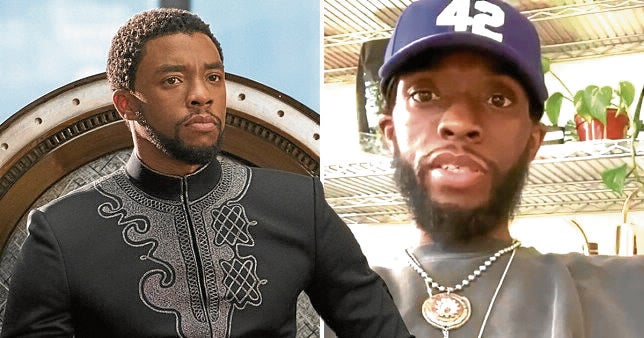 Why colon cancer cases are rising among younger, more affluent

He looked invincible in the 2018 hit “Black Panther,” the Marvel film that redefined black power for a new generation, but behind the scenes, actor Chadwick Boseman was fighting his biggest battle. On Aug. 28, Boseman lost that battle with colon cancer at the age of 43 in Los Angeles, California.

What was not known to the public—among them, cruel, clueless onlookers who noted Boseman’s weight loss and immediately cried “Drug use!” on social media, while labeling him “Crack Panther”—was that the actor had been diagnosed in 2016, and his subsequent movies, according to the Twitter statement on his death, had been “filmed between countless surgeries and chemotherapy.”

Boseman’s relatively early death has drawn attention to this type of cancer, often called colorectal cancer (CRC), depending on where in the large intestine (which is made up of the colon and the rectum) the cancer is found. The large intestine is part of the gastrointestinal system, which is why it is usually a patient’s gastroenterologist who spots this disease first.According to the Mayo Clinic website, “Colon cancer typically affects older adults, though it can happen at any age.” First to appear are polyps, small, benign clusters of cells that appear on the colon’s inner lining and may or may not become cancerous. Because the growth of polyps is hardly manifested in symptoms, regular screening is recommended so that these can be removed before they turn into cancer.

CRC is treatable, including by surgery or resecting, which is removing that part of the colon where the cancer was found. “It is still quite curable if diagnosed in the early stages, such as Stage 1 or 2,” says Dr. Antonio Villalon, known as the “Father of Medical Oncology” in the Philippines and a former president of the Philippine Society of Medical Oncology.

“More than 50 percent are cured. In higher stages, however, likelihood of recurrence is more than 75 percent, and by Stage 4 your goal is simply to prolong life as much as possible and make the patient comfortable.”

The stage of the cancer, or how advanced it is, depends on the size of the tumor, whether it has spread to adjacent lymph nodes in the body, and whether there is evidence of metastasis or spreading of the cancer to nearby organs, such as the liver or lungs.

CRC spreads when polyps grow into the wall of the colon or rectum, beginning in the innermost layer or mucosa. It “infects” the lymph nodes when it reaches the body’s blood or lymph vessels.

Villalon mentions comfort, because late-stage CRC can be a difficult experience. “That’s because recurrence is most frequent in the liver and the lungs. That leads to abdominal enlargement and obstruction, and respiratory problems like coughing.”

Villalon says that since the disease is common among both males and females, with slightly higher incidence in males, those with a family history, in particular, should not wait until more serious symptoms like bloody stool and constant pain to get checked.

“The recommendation of gastroenterologists is a colonoscopy every five to 10 years above the age of 45, and every three to five years if there’s family history of colon cancer. If polyps have been seen, these have to be monitored every two to three years.”

In a colonoscopy, a colonoscope, a thin tube with a light on the end, is inserted under anesthesia through the anus and rectum for an inside look, and to find abnormal masses or polyps. Cells can be extracted from the mass for a biopsy, to check for cancer cells.

In a March 2019 article on the website of St. Luke’s Medical Center, “Colon cancer on the rise” (https://www.stlukes.com.ph/health-library/health-articles/colon-cancer-on-the-rise), gastroenterologist and internist Dr. Alexandra Laya-Zinampan called a colonoscopy “the gold standard for colon cancer screening. It is an endoscopic examination that looks at the lining of a person’s large intestine (colon).

“Before the procedure is performed, it is necessary to undergo bowel cleansing to provide the gastroenterologist a clear view of the colon. The procedure is typically done as an outpatient, and usually lasts around 30 to 45 minutes. Anesthesia is administered through the veins to ensure a pleasant experience.”

Zinampan issued a warning, however: Although deaths caused by colon cancer have been dropping because of early detection via colonoscopy and consequent treatment, as is the case for most cancers, “the incidence of colon cancer among adults under the age of 50 has actually increased. This may be because younger patients do not notice any symptoms to prompt testing before the recommended time.” This is the reason, she said, that the American Cancer Society has advocated lowering the general age for screening to 45 from 50.

Another interesting bit of information revealed by the World Cancer Research Fund of the American Institute for Cancer Research: CRC is three to four times more common in developed countries. The research pointed to “strong evidence that consuming processed meat, red meat and alcoholic drinks, greater body fatness and adult attained weight increase the risk of colorectal cancer.” “It can be traced to diet, obesity, lifestyle and smoking,” Villalon agrees.

The US National Institutes of Health projects the number of CRC cases to rise by 60 percent, to a daunting 2.2 million new cases and 1.1 million annual deaths by 2030. “This growth is expected as a product of the economic development of transitioning and low-to-medium-HDI (Human Development Index) nations, as well as generational changes in developed nations. Increases in the incidence of CRC seem to increase uniformly with economic development. The growth is hypothesized to be a product of environmental changes, such as a more sedentary lifestyle, greater obesity, processed food, alcohol and meat consumption, and greater overall longevity.”

In other words, it is more likely a disease of those who can afford to wine and dine. The World Cancer Research Fund lists the top three countries with the greatest number of colon cancer cases in 2018: Hungary, South Korea and Slovakia.

Zinampan listed consuming “high-fiber fruits and vegetables and whole grain” as good steps toward colon cancer prevention, along with exercise and reduced tobacco and alcohol consumption.

“When it occurs early in life, colon cancer may not produce noticeable symptoms, but consult a doctor if you observe the following: blood in the stool, persistent abdominal cramps, pain or gas, changes in your bowel habits, loss of appetite or considerable weight loss, or if you are anemic,” Zinampan concluded. “…Removal of early cancer can lead to possible cure. Get screened early, as screening for colon cancer can save your life.” INQ