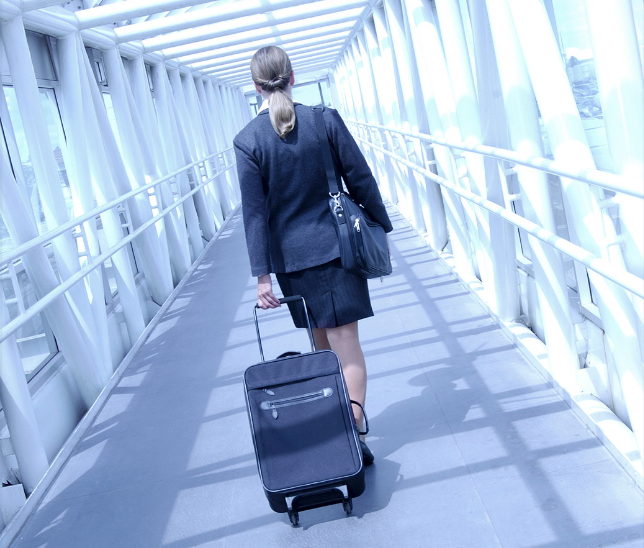 Whenever we see girls and boys selling lanterns on the… well, maybe not so much these days, because you know, pandemic. Also, this is not about that song.

A reliable source told us that the mystery girl is a charming, and yes, a beautiful twenty-something stewardess of an international airline, around that time that the song was composed about her.

Chan, who knew the girl’s story, must have been inspired by it that he wrote those hauntingly sentimental lyrics, assuming the perspective of the guy, and which in essence sums up her life at that time, in a song.

We even got a clue for you: beautiful girl’s initials are the same with that of probably the most popular city in California.

But before being a stewardess, she worked as a front desk receptionist at a posh hotel. This was where she met a rich, no, filthy rich businessman, who was immediately attracted by her beauty, as narrated by the first few stanzas of Chan’s hit song. Here, in case you haven’t been born at that time and need some refreshing:

Beautiful girl, wherever you are
I knew when I saw you
You had opened the door
I knew that I’d loved again
After a long, long while
I’d loved again…

Beautiful girl eventually resigned from that job and took an opportunity to earn more by selling cars. That part of beautiful girl’s life and the rich guy’s pursuit of her can be gleaned from the lyrics which said:

Then, as fate would have it, she later on encountered filthy rich businessman again. Taking that chance meeting as an opportunity to earn money, she offered him her company’s top-of-the-line car. Of course, filthy rich businessman bought it, but not without getting her personal information, like where she lives, her landline number, etc.

This was when they started communicating, which eventually led to a romantic affair. Around this time, beautiful girl was already a flight attendant for the international airline company.

For two years, she and the filthy rich businessman were in a clandestine relationship, as the latter was a married guy, which is somehow echoed in these lines:

Beautiful girl (the person, not the song) was a favorite of her airline superiors because she is kind and sweet, so said our source.

In the 1990s, filthy rich businessman asked her why she enjoys working as a flight attendant. In response, she said she wants to travel.

Upon hearing that, filthy rich business man asked her to resign and made her travel around the world.

The romance soon faded as filthy rich businessman became enamored with another woman.

Still, good for Chan, him knowing the story and being able to creatively use its elements led to a classic hit song. But best of all, beautiful girl has moved on and is now married and living a quiet life. JB

‘All I want for Christmas is…’: Rounding up our readers’ Christmas 2019 wishes