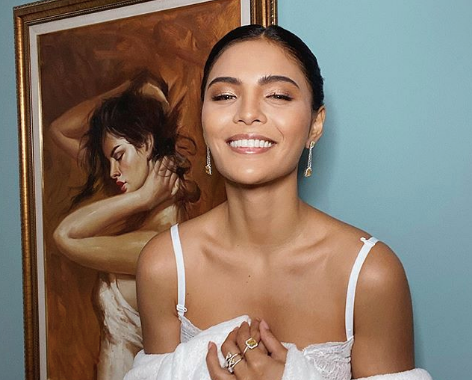 Lovi Poe believes that acting is not just about mouthing lines or physically doing a scene. The job entails immersion and hard work.

She spoke about this kind of hard work which goes into doing a role in her Instagram page today, Sept. 10.

“The thing about acting… the time, effort and heart actors put into their roles. We read and internalize what’s on the script,” she said.

But more than that, for her, “it’s really giving a piece of your existence into a character” which is important as it is “a life changing experience.”

Poe also gets excited about seeing some of her work, be it on TV or the big screen, getting exposure in a foreign land. Such achievements give her a boost.

“So it’s really amazing when our body of work is able to reach new [and] bigger audiences with the hope of touching lives and making a difference, no matter how small or significant,” she said.

Poe recalled the words of her acting coach who loved her character Joanna in the 2016 teleserye “Someone To Watch Over Me”.  In the series, Joanna’s character made a lot of sacrifices as her husband, played by Tom Rodriguez, suffered from Alzheimer’s disease. Tom’s character no longer recognizes Joanna as her wife in the story.

“I will never forget how he told me: ‘That was not acting. That was living. Thank you for living,’” Poe said.

She hopes that the “shows we actors make can make you feel in some way that there’s going to be someone to talk to, listen to. Someone to cry with, to stop and breathe with.”

Poe has also announced some of her shows now available in Amazon Prime Video such as “The One That Got Away”, “Mulawin vs. Ravena” and “Someone To Watch Over Me” which is coming soon in the platform. JB