‘If you were straight before, you’re still straight now’ | Inquirer Lifestyle ❮ ❯ 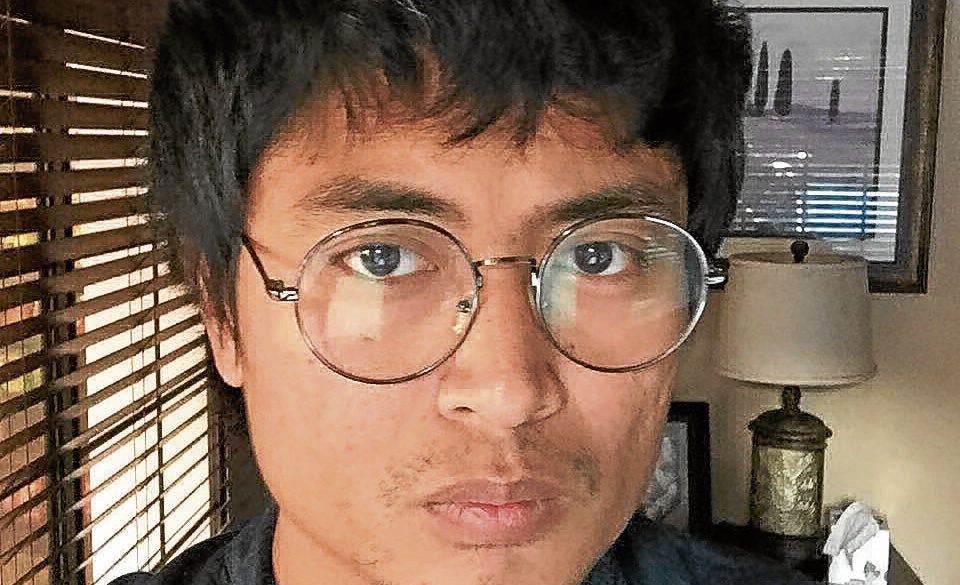 ‘If you were straight before, you’re still straight now’

Sta. Ana told Lifestyle, “The media frenzy during the first year of its release was insane, given that it is one of the first books in the Philippines about the trans lived experience in the country, as well as the first to really talk about the experience of the men who are in a relationship with trans women.”

It changed his life, he said. “I’m still overwhelmed to this day with how well the book was received, even being nominated for a National Book Development Board National Book Award. It opened a lot of avenues for me to pursue my passion for writing. But more importantly, I was able to make my small contribution to the fight for equality for what continues to be a marginalized group in society. I take immense pride in that.”

He is grateful for the chance to tell his story. “The stigma of dating trans women, not just in the Philippines, is something that hurts both them and the men who love them. I believe that my book was instrumental in at least starting a real conversation about it and the ways that we can overcome it, because at the end of the day, love is something that nobody should be forced to hide away from the public.

It really helps when stories like mine that may have been previously taboo are given their platforms to be told. My story, along with countless other stories of love of different gender identities and orientations, needs to be told, and it was such a blessing that I was given an opportunity to do so.”

A lot has happened in the five years since the book came out. Sta. Ana has moved to the United States, where he trained to be a US Federal Aviation Administration pilot. He and Maristela are no longer together. Sta. Ana, now 35, is engaged to Denise Uy, his girlfriend of three years.

He may no longer live in the Philippines, but Sta. Ana continues to speak up about equality and fight for transgender rights here and abroad. “There have been strides toward liberation in terms of trans visibility in the Philippines, that much is certain,” he said.

“My ex-girlfriend and the subject of my book won the most prestigious pageant for trans women in the world and it was celebrated in the country. We’re seeing a lot more ladies in television and movies and other media, both traditional and nontraditional. We are seeing more how immensely valuable the contributions of trans women are to society, and that they deserve their place at the proverbial table. There’s definitely progress, but as we have seen with the controversies surrounding the stories of Jennifer Laude and Gretchen Diez, there’s a long, long way to go.”

He added, “What hasn’t changed at all is policy. The reluctance of the government to provide protection against discrimination toward trans women and other LGBT folks by sitting on the Sogie (sexual orientation and gender identity expression) bill continues to put their lives and livelihoods in danger.”

Sta. Ana answered a few questions in an email interview.

What challenges do trans women face when it comes to dating in the Philippines?

The question of “what’s next?” becomes an issue. These women and their partners, as I have experienced, are not given the same benefits as other heteronormative couples. The inability to be legally recognized as a couple by the state becomes an issue of deprivation of benefits, such as being able to put each other as beneficiaries for life and medical insurance, or being able to co-own a house or other properties.

There’s absolutely no reason for any couple in a loving, committed relationship to be denied the same rights to property and liberty as any other couple, but such is the situation for trans women and their partners. This treatment of trans women as second-class citizens needs to stop, and we need to really pass laws like the Sogie bill and allow civil unions to be allowed for LGBT folks.

People tend to think that foreigners are more ready to date trans women than Filipinos—do you believe this is accurate?

In a way, that’s probably true. But again, we’ve seen a change in the readiness of Filipino men to openly date trans women. The attraction has always been there, but the courage to own up to that attraction has always been the problem. As more men like me come out with their own stories of love, however, we’re seeing more men become more secure with their sexuality as they see trans women for the women that they truly are.

What would you change about the dating scene in the Philippines?

Honestly, I just want people to date whoever they want to, and I want to see our right to love whoever we want protected.

What’s something you wish you can tell everyone about dating trans women?

What tips would you give trans women who are just starting to date?

Just continue to be your amazing selves and continue to live your truth. Never change the beauty that’s inside your hearts just to please a guy. You’re worth all the love in this world just the way you are, and never let anybody tell you otherwise.

What do you want to tell straight men who are attracted to trans women?

To the men who find themselves attracted to trans women: Your attraction is valid. If you were straight before, you’re still straight now. Treat her with the respect and dignity that you would any other woman, because she is one. She is a maybe future girlfriend or a maybe future wife or a maybe future ex.

She is not, however, your fetish, your therapist, your bedroom secret, your entertainment. She does not owe you anything because you are attracted to her. Pursue her, court her, love her, give her the moon and stars, and maybe she will give them to you, too, if your intentions are pure and true. Protect her however way you can, but only if she wants you to. The world is cruel enough, don’t be cruel to yourself. Her womanhood is valid, and so is your masculinity. Let love lead the way.

What else do you want to tell our readers?