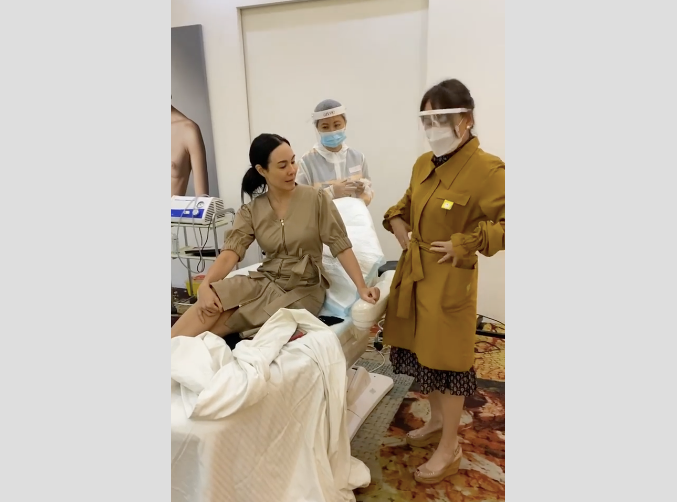 Gretchen Barretto wears a fashionable PPE as a dress

Known for her luxurious fashion taste, actress Gretchen Barretto admitted recently that she was simply wearing a PPE (personal protective equipment) as a dress while being attended to by a doctor in a consultation.

Barretto, while being prepped up for a facial service by Dr. Aivee Teo, wore a PPE that looked like a beige dress with puffy sleeves and ruffles at the hem, as seen on her Instagram post yesterday, Sept. 12.

“This is a PPE that I turned into a dress. It was just sent to me,” she said, getting off from the bed to stand up and show the full appearance of her dress.

The doctor reacted very much surprised because the PPE looked fashionable as a dress. Barretto further revealed that she did not even buy it and was merely sent to her as a gift.

“I don’t have anything underneath,” Barretto added, to further stress that the PPE was too beautiful it can be worn directly as a dress.

Barretto has the said dress in two other colors, namely blue and also in yellow like that of her doctor’s, while her daughter Dominique Cojuangco was also sent three as gifts, about which she said in jest, “I hope she gives them all to me.”

Later, both Barretto and the doctor noted that the PPE Dr. Teo was wearing also looked good, a mustard yellow overcoat. The doctor said hers was also simply a gift. JB