Grisham makes another stop at the bookstore —and a corpse—with ‘Camino Winds’ | Lifestyle.INQ ❮ ❯ 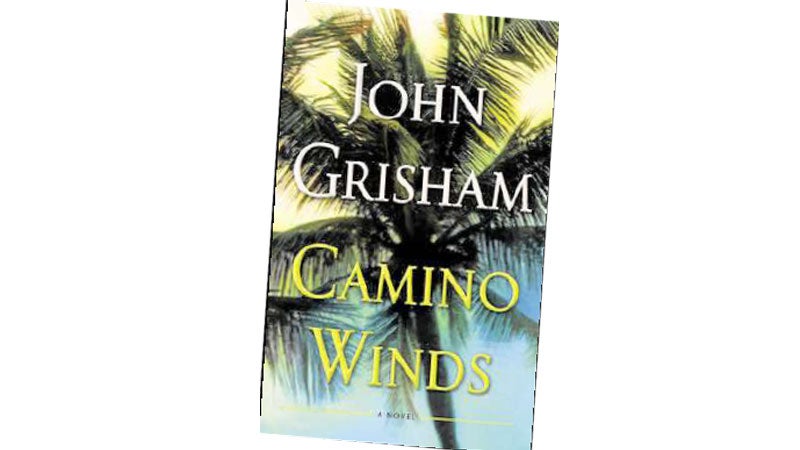 Readers will get a more relaxed, more playful but not less engaging whodunit from the master of the legal thriller in his return to his newest franchise bookstore mystery

John Grisham has done so much as a lawyer-writer. He’s basically defined the courtroom thriller while selling millions of books, spawned a jury of suspenseful movies, served in the Mississippi assembly, done actual pro bono work—and it wouldn’t surprise one if he were looking for something a little offbeat to do aside from another legal burner.

It is an interesting concept when prolific writers admit that their books, no matter how seemingly disparate, actually all occur in the same “shared universe.” The best example—and the most expansive and darkest—is Stephen King.

Well, Grisham has actually been doing the same thing from the very beginning, with 1989’s “A Time to Kill” to last year’s “The Guardians,” concentrating mostly on his corner of the South.

But in 2017, Grisham went on vacation—in a figurative sense—when he set up shop in another part of his fictional universe and had a blast doing it.

“Camino Island” is a fictional tourist spot in Florida which, for some reason, is the home of an unusually large number of writers, and here Grisham got to engage in a very niche but beloved genre—the bookstore mystery. Bookstore mysteries are, obviously, thrillers and whodunits, which either occur at or are solved by the regulars at an independent bookstore in a small town.

On Camino Island, that bookstore is Bay Books, a town institution run by the roguish, enigmatic Bruce Cable, who is not only living in an open marriage, but also may or may not be trading in the black market of stolen antiquarian books.

It also showed a different Grisham, relaxed, playful and playing in a field he knew very well as he reveled in talking about the other writers who met regularly at Bay Books and the book business. “Camino Island” may not have the danger and violence of his Mississippi books but it sure was a much more fun read.

Cable is back in “Camino Winds” (Doubleday, New York, 2020, 292 pages), sequel to “Camino Island.” Back as well are Bay Books’ regulars and even, for a little bit, Mercer Mann. But now Grisham has decided to introduce the force of nature as an element in his narrative (he hasn’t really done that before) by having the island battered by Hurricane “Leo.” In the midst of the chaos afterward, one of his best friends, the thriller writer Nelson Kerr, turns out dead, apparently from the storm.

But the closer Cable and company look into it, something doesn’t quite fit. In a twist from the first book, Cable is initially the skeptic here, but then listens to his friend, the ex-felon Bob: “You’re thinking somebody came over here in the middle of a Category 4 hurricane, caught Nelson in the den, whacked him in the head, dragged his body outside, tried to clean up the blood and then ran off. Seriously?”

Readers will feel that way, too, until the evidence starts piling up, evidence that only writers and bookstore owners would notice, and soon Cable is basically holding his own investigation of Kerr’s death that will pull in the same insurance company from “Camino Island,” contract killers, corporate malpractice, among other things.

“Camino Winds” feels like two books, because the first half, set mostly on the island, is cozy and breezy, more like the first one, but the second half, is a grimmer, more violent tale. After the death of one character in the course of the investigation, a guilt-stricken Cable laments: “So, in a way, we’re responsible for her death.” To which, another character answers: “Look Bruce, in this line of work, we often operate in the gray areas.” And while the book takes its leisurely time setting up its plot, all it takes is literally three phone calls, to suddenly send “Camino Winds” hurtling to its conclusion.

Grisham clearly revels in one more metafictional aspect of “Camino Winds.” While in the first book, the stolen manuscripts were the prize, here it is a secret book that is the key to the story, and Grisham immerses readers into the inner workings of a writer’s creative process in order to find that key. In a way, it’s like a look into his own process.

“Camino Winds” establishes an entirely new franchise in the Grisham-verse that he clearly will continue to visit in the future (it even now has its own distinctive trade dress), and it is a diversion hardcore Grisham fans should welcome because even John Grisham deserves a break of his own choosing now and then. INQ

Available in hardcover from National Book Store and nationalbookstore.com.