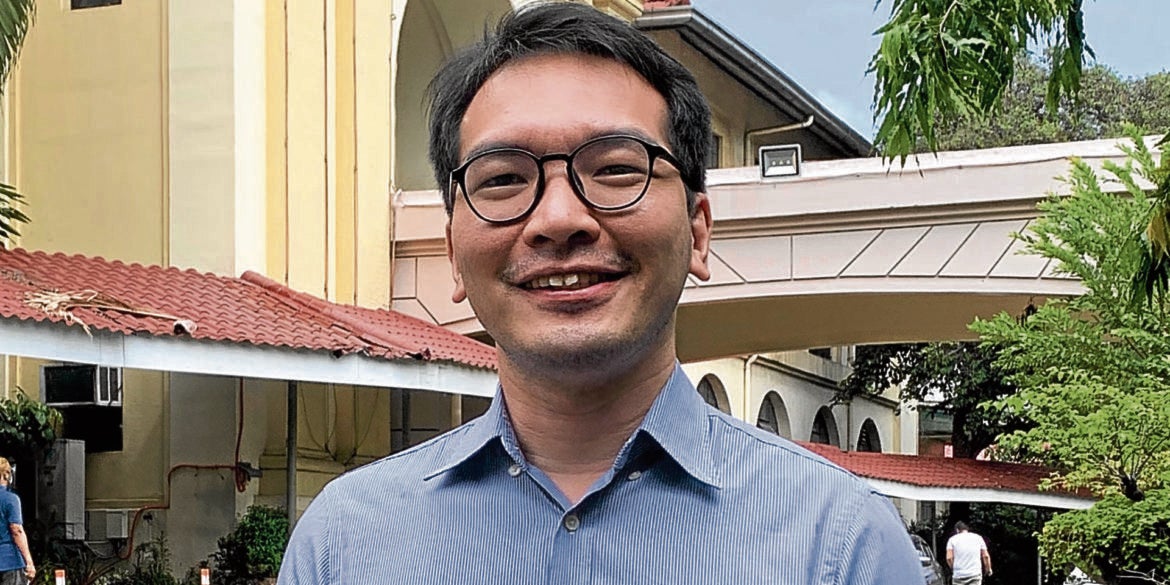 Neurosurgeon writes with both heart and mind in hit medical memoir

When Ronnie E. Baticulon was a freshman in high school at the University of Perpetual Help Rizal, Las Piñas, he decided he wanted to become a doctor.

“I watched the TV series ‘ER,’ and I remember being fascinated by the patient stories, and how the doctors tried to help their patients regardless of who they were or which background they came from,” he said.

But as far back as fifth grade, Baticulon had been challenged by an English teacher to write better, burning through four library cards in a school year, becoming editor of the school paper. He was winning English and science contests, with encouraging teachers leading him, and he graduated valedictorian.

This was the beginning of the rare combination that led to an extraordinary book, “Some Days You Can’t Save Them All,” from the University of the Philippines (UP) Press, one that at just 192 pages, tells the story of how Baticulon achieved and overcame so much to become a pediatric neurosurgeon at UP-Philippine General Hospital (PGH). Now the book became a big surprise bestseller. His story is literally the stuff of big stories.

At UP College of Medicine, Baticulon took up the extremely competitive Intramed program while also writing a regular column on Peyups.com and keeping a blog of his own.

“I’m not easily discouraged,” he said. “For as long as I know I want to achieve something, I will keep trying. So, I kept writing. There were times when it had to take the backseat, but I knew I could always get back to it when I needed to.”

He served as a pediatric neurosurgery fellow in Australia for a year.

“The neurosciences involve a lot of problem solving, and I discovered that I liked the discipline and order inside an operating room,” he said. “These were the reasons I got into neurosurgery. Why pediatric? Children are very resilient, and they always inspire me to do better. I enjoy giving high fives or playing peek-a-boo at the clinic. On a lucky day, you get a kiddie hug or a flying kiss, too.”

“When I introduced myself at the UP National Writers Workshop, I told the fellows and panelists that I was glad to be in a room where no one’s at a risk of literally dying, figuratively, maybe yes. I enjoyed the workshops (University of Santo Tomas and UP), 12 years apart, mostly because they were a welcome break from my hospital life.”

The doctor dreamed of being an author as well. “I have always wanted to have my own book, to see my name on a book cover, on a shelf in a bookstore somewhere,” Baticulon said. “One of my friends, Noreen Capili, also a published author and Peyups.com columnist, kept urging me to compile my essays and stories into a full manuscript. So, in 2016, after returning from Australia, I did. in December 2016, one of my essays got accepted into Likhaan, the peer-reviewed journal of the UP Institute of Creative Writing.”

Baticulon spent months rewriting the essays and submitted them to UP Press. He was actually in the operating room when he got the email saying UP Press was publishing the manuscript. “Behind the surgical mask, I was smiling the entire time while operating,” he said.

“Sometimes You Can’t Save Them All” is a collection of Baticulon’s experiences as a medical student and doctor in essays, with the earliest essays from Peyups.com all the way back in 2002.

Now one more thing that Baticulon had wanted to do was win a Carlos Palanca Memorial Award for Literature—even though he had lost five times before. As he was working on the manuscript he took an excerpt from the book and submitted it. That essay, fatefully titled “Some Days You Can’t Save Them All,” won second prize in Essay in English in 2018.

The title of that essay—and the book later—held deep meaning for him.

“In medical school, we are taught how every life is valuable, and that no life is less important than anybody else’s. As you go through training and eventually start working as a physician, you realize that there are days when, despite everything, you fall short and the patient dies or ends up debilitated… Every physician goes through days like these, perhaps why so many have been able to relate to the stories in the book.”

The book was launched in December 2019. Its promotion was followed by the wary and weary months of the new coronavirus disease (COVID-19) lockdown.

The book, with its events delivered in bite-sized essays, has very clean prose but no antiseptic observations. This might be why it defied the pandemic to become a bonafide bestseller.

“Nothing short of amazing,” he said of the reaction. “We almost canceled the book launch in December because the initial print run of 1,000 copies almost ran out in less than a month. UP Press had to restrict book sales so we wouldn’t have to cancel reservations. We’ve had to print more copies with each reprinting to keep up with the demand. It’s been UP Press’ bestselling title, whether in its physical bookstores, or in Shopee and Lazada. We’re now awaiting the delivery of our fourth printing.”

The author, just in his 30s, is associate professor at the Department of Anatomy, College of Medicine, UP Manila, and attending pediatric neurosurgeon at the Division of Neurosurgery, Department of Neurosciences at PGH. “I teach mostly first year medical students, which is always nice.”

He’s also been part of the massive COVID-19 effort at UP-PGH but he is careful to put his contributions in perspective. “I owe a lot to UP-PGH and so I feel that I’m just paying it forward. I don’t like labeling myself a front-liner, because I don’t really look after COVID-19 patients on a day-to-day basis, unlike my colleagues and other health workers in PGH… We still can’t see the light at the end of the tunnel, and we all just hope we could get back to normal, or at least as normal as can be.”

Furthermore, Baticulon has seen what can be improved regarding the Philippines’ state health system after his time in Australia, where medical care is socialized. “There, I didn’t have to worry about a family’s capacity to pay for health expenses. We just did what we needed to be done for the patient: whether it’s surgery, medications, chemotherapy, radiation. And the outcomes were excellent. I hope I get to see that in my lifetime here.”

And as the medicine continues, so does the writing. Baticulon is working on essay collections in Filipino and English. “The future books will most likely contain fewer but longer pieces. I also want to explore what else I can write about aside from medicine and use what I’ve learned from the workshops.”

He said of his work saving children and writing, “For both, I’m a work in progress. I’m just being patient and trying to learn whatever I can every day.”

In this intersection of the cerebral and the visceral, where the words are the scalpels of the mind, Dr. Ronnie Baticulon does the best work he can do.

“There’s no such thing as balance. At the end of the day, I do what I need to do, what I feel like doing, and what brings satisfaction. All things in time,” he said. “I wrote about this in my poetics for the UP National Writers Workshop: how the writer benefits from the doctor, and conversely, what the doctor has learned from the writer.” INQAvailable from the University of the Philippines Press, Shopee and Lazada. Signed copies can be purchased from tinyurl.com/somedaysbook.