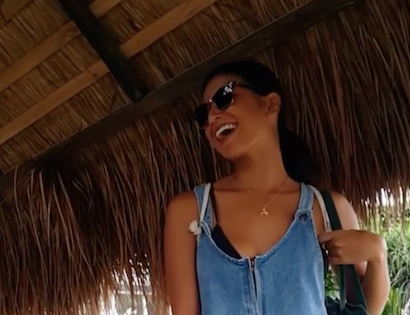 With a little help from their friends, Glaiza de Castro’s Irish boyfriend David Rainey pulled off a surprise to mark their anniversary as a couple.

Delight registered all over de Castro’s face when she arrived at a cottage unknowing of the anniversary treat, as seen in her Instagram post yesterday, Sept. 23.

“Good morning. May bisita kami,” said de Castro’s female friend in the short clip. (We have a visitor.)

“Oh, my God! Seryoso ba ‘yan?” the actress laughingly asked upon seeing a big pillow bearing Rainey’s face, propped up in a seat.

The Kapuso actress then walked to the seated pillow and hugged it.

De Castro narrated how hard it has been to be in a long distance relationship. She admitted having experienced separation anxiety but she has found ways to address it.

“Since I have been dealing with separation anxiety for being apart for a few months now, I chose to do things that make me happy like waking up in the morning to see the sunrise and learn surfing, exercising and cooking amongst other things,” she said.

That morning was different though as her boyfriend surprised her, making her feel grateful for him who “constantly finds ways” to be there for her.

“Though not physically for now. I know we’ll be together again but hopefully, soon,” she said. JB

WATCH: Glaiza de Castro dances Blackpink’s ‘How You Like That’