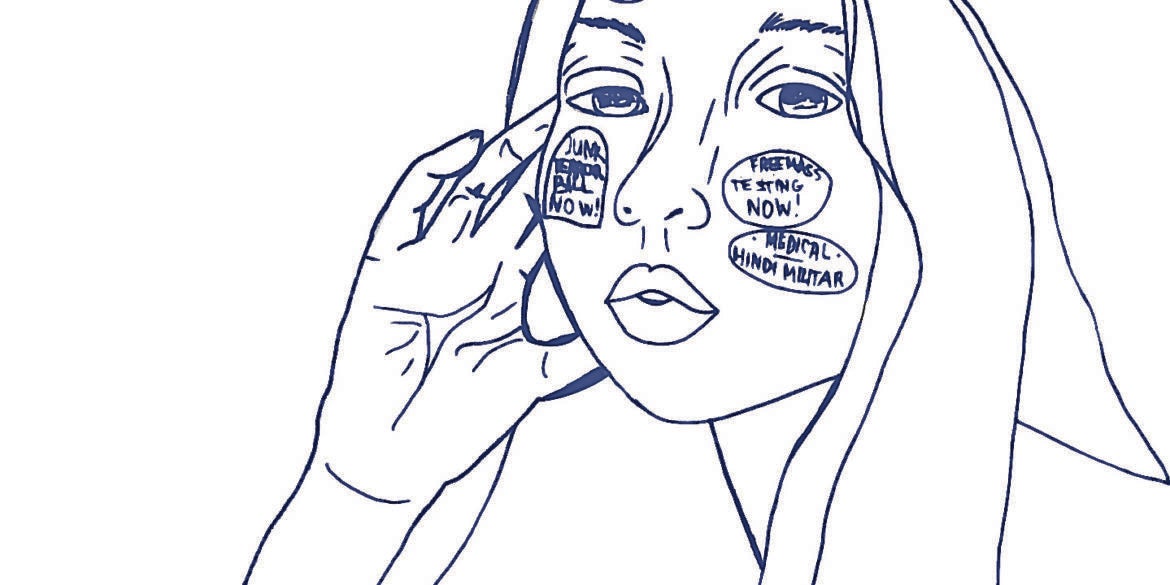 We are privileged to have the resources to educate ourselves. Others do not

Since defining terms is what school taught me to do (or at least tried to), let me first help define what is politics, and what makes a political person.

As simply (without the technical, highfalutin, pretentious jargon) put in Usborne’s “Politics for Beginners,” “politics covers the way people make decisions about how to work together in all kinds of groups big and small.” Large societies like countries and their governments are usually synonymous with this term. So, being a “political person” is simply having an opinion and taking action toward how we work together.

But who am I kidding? We’re Gen Z! If anything, I’d like to argue that we are the most politically inclined and well-informed generation.

We are digital natives, almost on track to be the most well-educated generation and enable diverse voices the most to speak up. In terms of engagement, regarding social justice issues like the Black Lives Matter movement and the Anti-Terrorism Act of 2020, our age demographic has been extremely active.

But after a while, the buzz dies down, and the privileged won’t experience any difference. We tend to burn out.

So, like many of my “nonpolitical” friends, before you begin to ask: “Why should I care? Why should I care if I already posted about it two weeks ago? Why is it important if it doesn’t add fluff to my college application? Why should I watch the news when I can binge-watch all the TV shows I missed on Netflix?” The answer is, you should care because some people don’t have the luxury of asking why.

A recent repost trend that I’ve been seeing is “The Divide in Our Cities” by @mediacommoner, which gives us aerial views via Google Maps of different cities. An example is the one of Pasay and Makati, where you can see the spacious landscape of trees in between the large houses. In contrast, we see Pasay. It almost looks like a red-tinted filter was placed on the city’s aerial view. The terracotta brown roofs are so crammed, they look bleak and desolate.

Being from a privileged background, one might ask, how would you do online school in such an environment amid the pandemic? Is there such a thing as an online public school? Or, does living in such a dense population increase your chance of catching the new coronavirus disease? Or, even more importantly, what do you do if you catch it, but don’t know it?

The problem is, nothing has been done to address these issues. There’s been no clear plan moving forward, judging by the government’s priorities, which have been fast-tracking the antiterror law and arresting Maria Ressa.

So what can we do? We need to understand synergy. Synergy states that “the total effect is greater than the sum of individual effect.” No action or progress is too small. Let’s educate each other and vote for officials who care for the greater majority. It is our right. As high school students marching into adulthood, it’s our legal responsibility. We are privileged to have the resources to educate ourselves. Others do not.

Everything begins with a conversation. Let’s share our opinions and create a level of awareness and enlightened consciousness. This is the first step in the right direction.

Set a timer on your phone to write public officials, sign petitions and talk to friends. Start with five minutes, then 10, then 20 and so on, until you’re so informed and involved that there’s nothing else to do but care deeply. Let’s care together.

And to everyone who’s experienced burnout, I hope you get back on your feet and soldier on.

The author is a writer and artist at Beacon Academy Publications. This piece was originally published in “Alab ng Puso,” a student-created book about the pandemic.