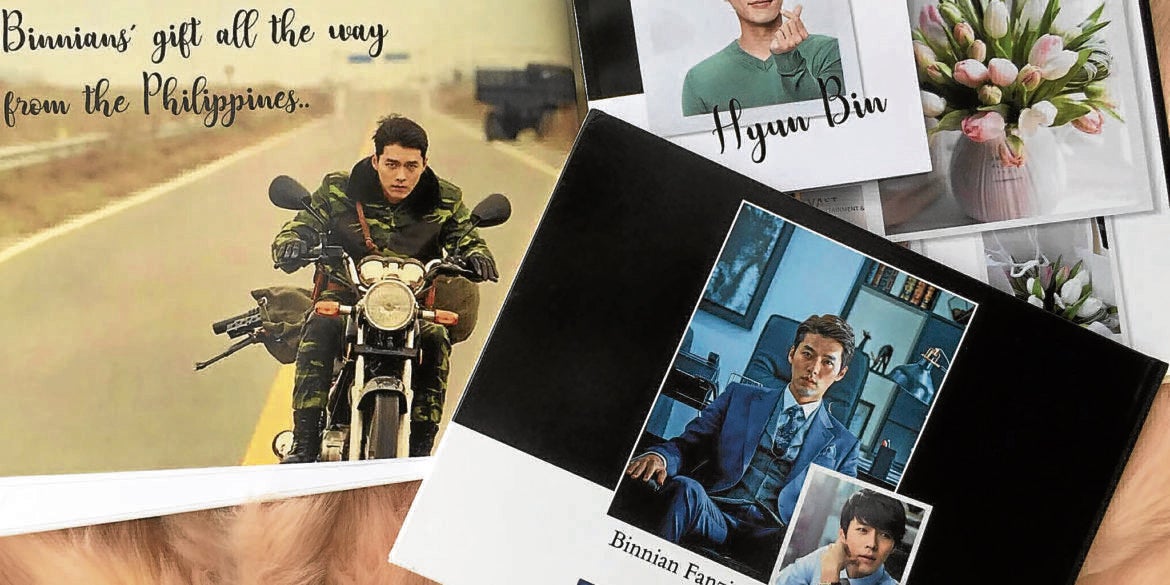 Hyun Bin turned 38 years old last Friday. His fans celebrated the milestone with a virtual gathering and a craft beer they had especially made for the occasion.

Hyun Bin Philippine Fan Club (HBPFC) members call it lovingly the “Hyun Bin beer.” Fred Calope of Boondocks Brewing describes the flavor of the beer as “an easy-drinking, dry and crisp ale. It’s not sweet but not as bitter as most people equate beer to.” It will not be available to the public—at least, not the one with the packaging designed for the virtual event. But their Summer Ale, which was the formula used to make it, is available on the Boondocks website (https://shop.boondocks.com.ph/).

The Hyun Bin beer was the idea of HBPFC director Cherry Genato. She told Super that she knew members can’t spend for LED lights or billboards because of the pandemic, but they wanted something special to commemorate the day.

Since she organized one of Manila Craft Beer Fest’s events last year, she thought of craft beer as a souvenir for the event. “I chose Boondocks because they are the only brewery that sells their craft beer in cans,” she said. It makes it easier and safer to send to different parts of the country.

The party for Hyun Bin’s birthday was organized through Genato’s advertising and events agency, Manila Preneur. Because of the pandemic, there have been no events. “So I tasked my staff to just support my fangirling,” she said. Her company created teaser videos, photo shoots and even a website for Hyun Bin (hyunbinph.com).

She also had her artist design the beer cans. The cans are in black and white with the two silhouettes of Hyun Bin. The words “Hyun Bin Philippines Fan Club Birthday Present: Hyun Bin Beer” are written on the can. It also says that it was exclusively made for the virtual party for the actor. Some cans were sent to Korea as gifts to their idol. Along with the beer came a custom-designed pair of shoes.

Clint Catalan was commissioned to make the shoes look like a fatigue uniform in the front. Catalan painted piano keys and a Philippine flag on the back. The shoe box was also painted to look like an army crate. They also sent a fanzine to let Hyun Bin know of their efforts in the Philippines. But the best gift they gave him is probably the charity event they held Sept. 19 at Silungan ng Pag-asa (a shelter for children with cancer).

The drama “Crash Landing On You” (CLOY) shot Hyun Bin again to prominence. Filipinos loved him first in 2005’s “My Name is Kim Sam-soon.” CLOY is about a South Korean heiress who accidentally paraglided right into the arms of a North Korean officer.

He starred in the series with Son Ye-jin. Aside from the chemistry that he had with his onscreen partner, his role as Captain Ri made him popular with the ladies. In this fictional world created by director Lee Jung-hyo and writer Park Ji-eun he was the Prince Charming that everybody was waiting for.

He is the hero who rides a motorcycle and protects you. Captain Ri is also someone who can make you noodles and grind coffee for you by hand.

Hyun Bin’s real life personality is as charming and lovable. At the start of the pandemic, he wrote a letter to his fans and wished them to be strong and healthy. It was translated into Chinese, English and Japanese.

When little was known about the virus, he cheered his fans on with a few words.

A few days later, Korean celebrities made headlines when they started donating millions of won to combat the virus. There was no news of him doing the same. It turned out that he was ahead of everyone else. He had donated secretly without his own agency, Vast Entertainment, knowing.

In the Philippines, Hyun Bin is the brand ambassador of Bench and Smart-PLDT.