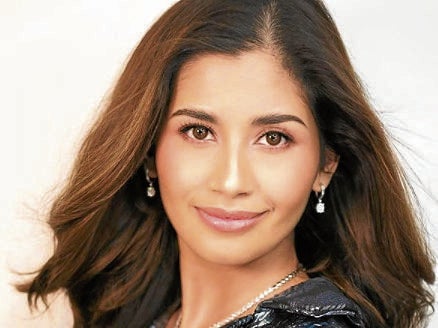 Oct. 25 coronation will be broadcast on GMA7 with no live audience

The new coronavirus disease pandemic has changed the global landscape, locking people inside their homes due to an invisible foe that has already taken close to a million lives around the globe.

For the Miss Universe Philippines pageant, the health crisis has further highlighted its vision to serve as a platform for women empowerment.

“Now more than ever, we realize the importance of using this platform to promote beauty with a purpose and make a positive impact,” said 2011 Miss Universe third runner-up Shamcey Supsup-Lee, the pageant’s national director, in an exclusive online interview.

Because of the crisis, Lee said the organization seeks a winner who would inspire compassion among the people, and ignite their desire for social awareness.

The eventual queen, she said, would be “active, aware, conscious and socially responsible. Her reign will inspire others to find their own inner beauty queen by striving to make a difference in any way they can.”

The architect and entrepreneur also said the pageant will further immerse the candidates in efforts to curb the devastating effects of the global pandemic among the people from their own communities through the web series “Ring Light,” which chronicles the delegates’ respective journeys to the crown.

“Each candidate has a personal beneficiary that she has chosen and a referral code for that beneficiary. When you use the candidate’s code when purchasing the subscription, a portion of this will go to her beneficiary,” Lee explained.

The organization has also announced its partnership with World Wide Fund for Nature Philippines, AHA! Learning Center and Philippine Fashion Coalition as additional beneficiaries of the “Ring Light” series.

The eight-episode digital series will drop its first installment today, Sept. 27, on empire.ph, where the pageant’s supporters and interested viewers may subscribe.

“With ‘Ring Light,’ not only do we aim to let people experience the beauty queen journey; we also want to empower and inspire them to find their own inner light,” Lee added.

The digital series will also include the preliminary competitions, as well as the final coronation ceremonies scheduled Oct. 25.

The global pandemic may have dealt a huge blow to the local live events industry, including beauty pageantry, but the Miss Universe Philippines organization announced that it will push through as scheduled. GMA-7 will also broadcast the finals.

The organization said the event will have no live audience, and only a few people involved in the production will be at the venue. The delegates will strictly practice social distancing on and off the stage. It also enumerated several other health and safety measures for both the preliminary competitions and the final ceremonies.

Lee declined to share more details, but said, “It will definitely be a pageant to remember!”

The national director added that while the Miss Universe Organization has yet to announce details of the international pageant’s 2020 edition, it will “definitely” happen. “We remain firmly committed to sending the newly crowned Miss Universe Philippines there.”