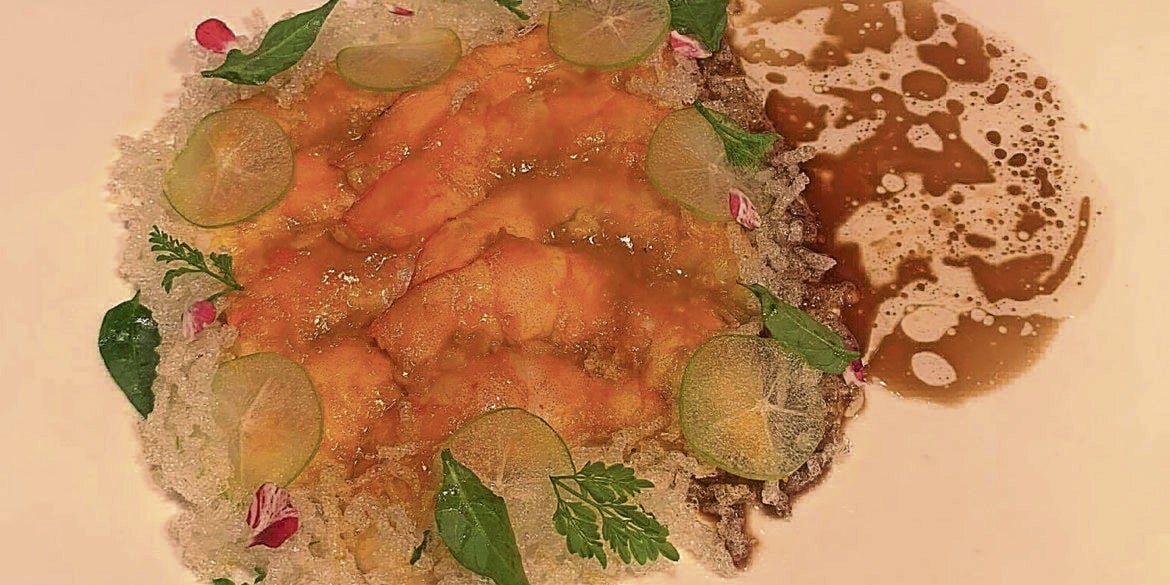 For promising young chef Don Patrick Baldosano, whose Linamnam Private Dining had been continuously busy since it opened in August 2019, the lockdown proved to be a most welcome break, as not only did he get to rest, but he also got to further refine his food and concept.

“The first thing I did was analyze the past menus I’ve done, and figure out how I could make things more in tune with our culture, and how I could deliver that to our guests,” the 21-year-old says.

“I also spent a lot of time trying to grow a lot of my own produce so that I can control how they mature. I got into raising animals that we can use for the restaurant, as well.”

He used his time wisely, and was able to come up with a tighter and more solid-tasting menu in time for the opening of restaurants after the quarantine. His menu is composed of 11 courses that focus on and celebrate different cooking techniques practiced in Philippine cuisine, such as relleno, fermentation and the age-old preservation processes from Sagada.

There is kinilaw in the form of Pampano Belly, dry aged in fat, along with smoked takla from Marinduque and a golden coconut tuba sauce. Though kinilaw isn’t new, the flavor and experience of eating his version are; as the fish is very high in fat, it’s seasoned with local pistol shrimp with a more potent seafood taste, balanced with acid in the form of an alcoholic beverage.

For mains, he has a straightforward dish called Kanin that puts the spotlight on rice.

“I’ve been wanting to put a tutong (scorched rice) dish on the menu, as it is one of my favorite things to eat,” he says. “I wanted to create a dish that does not exist yet in our cuisine, but once you taste it, you will know it is Filipino, just like everything else that we do here.” A flat disc of pili-­nut tutong rice is smeared with pina­kurat mayo and crowned with hibe katsuobushi and edible santan flower.

The pandemic has affected foot traffic at Linamnam, but that hasn’t discouraged this eager and talented chef.

Baldosano shares an easy recipe that was inspired by something he learned in the kitchen the hard way.

“At the first restaurant I ever worked in, I made a grave mistake that remains seared in my brain to this day,” he says.

“I was only a month into working in a professional kitchen and on that day, we had a reservation for a group of 30, eight of whom had prawn allergies. I put the final garnishes on all the plates and forgot to wash my hands after meddling with the prawns. I got screamed at pretty badly and the worst part was, we had to redo the orders on the fly.”

He adds, “Before, when making a menu, I had this attitude of ‘I’m gonna cook whatever I want.’ But I eventually came to a realization that there always has to be a balance. I can make the dishes I want while considering what my guests will like, as well.”

In a sauce pan, bring some water to a simmer. Season with sugar and salt. Cook the body of prawns in simmering water just until the color changes. Set aside to cool. Peel, then slice prawns in half.

Sauté the heads and crushed garlic in atsuete oil then cover with a cup of water. Simmer for five minutes. Strain, pour back in pan and reduce until only one tablespoon of sauce is left. Use the sauce to glaze the prawns with a brush, then transfer to a plate.

Deep-fry the sotanghon in 180C for about 10 seconds. Transfer to a plate lined with paper towel. Season with salt, sugar and white pepper. Lightly crush the noodles with your fingers and spread around the prawns.

Mix soy sauce, calamansi juice and 2 Tbsp of oil to make a vinaigrette. Place the vinaigrette on the side of the prawns then garnish the dish with malunggay, kamias and chili leaves.