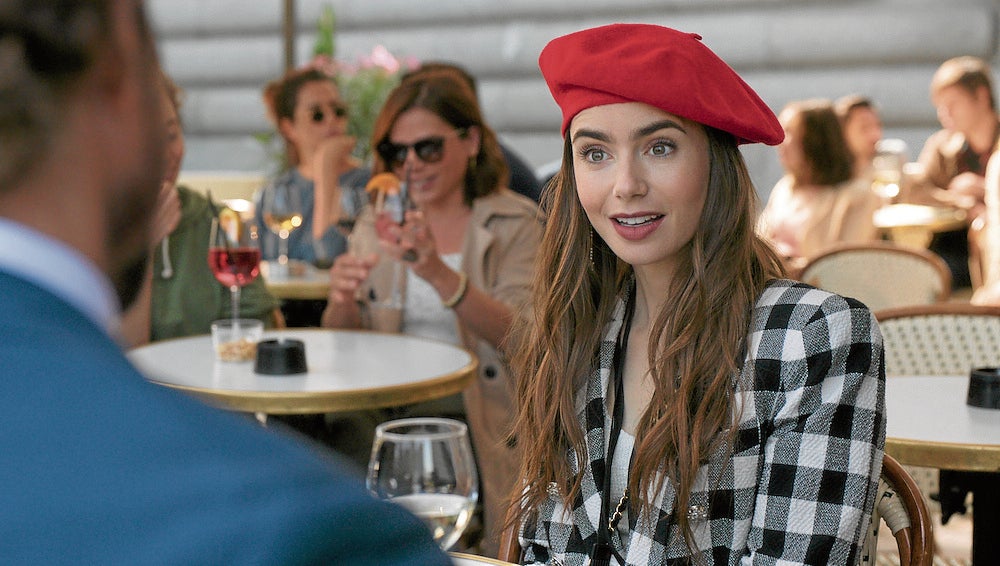 “Sex and the City” wrapped its sixth and final season 16 years ago, but fans still haven’t forgotten the most memorable outfits from the series—from the tutu that gets splashed in the opening credits to the bejeweled nude panties, black bra and royal blue coat Carrie Bradshaw (Sarah Jessica Parker) wore for her disastrous stumble down the runway at New York Fashion Week. (“Oh my god, she’s fashion road kill.”)

That’s all thanks to Patricia Field, the show’s legendary costume designer.

And here’s the scoop on that tutu: unlike many of the pieces worn by Parker in the show, that tulle skirt wasn’t designer.

Field said in an interview for the Archive of American Television, “I was in a showroom and there was a bucket on the floor with (stuff for) $5 each, I don’t remember. I pull out this tulle skirt and, like, I don’t know, let’s just take this, we’ll see. I showed it to Sarah Jessica, she loved it.”

But the show’s creator, Darren Star, wasn’t a fan. “We had to convince Darren. He didn’t get it. I don’t blame him, it’s not his thing. We were coming to him with something strange in his mind and we had to try to convince him. Sarah Jessica put out an all-out campaign for it. That helped.”

Star and Field would reunite for the “Sex and the City” films and his 2015 TV series “Younger.” And when he was ready to work on his newest show, “Emily in Paris,” out today on Netflix, he knew he wanted Field to be a part of it again. “I knew she would knock this out of the park,” said Star.

Field, who also worked on “The Devil Wears Prada” and “Ugly Betty,” jumped at the chance. “Darren is my hero in the world of film and TV. I never turn down Darren—ever. For ‘Emily in Paris,’ he called me up and said, ‘Do you want to go to Paris?’ I said, ‘Absolutely.’”

Field, who is costume consultant for “Emily in Paris,” found Marylin Fitoussi, a French costume designer, and added her to the team.

In the show, Lily Collins stars as Emily Cooper, a marketing executive from Chicago who ends up working in Paris. Collins, who is also a producer on the show, said, “I was especially excited to collaborate with Patricia Field and Marilyn Fitoussi in the curation of Emily’s look from the shoes up!”

Collins recalled meeting Field for the first time. “It was love at first sight. She’s just this ball of energy. She told me, ‘If you don’t like something, tell me, because we’ll never look at it again.’ I felt super comfortable with her right away.”

Naturally, Paris influenced the fashion in the show, in the same way that New York inspired the clothes in “Sex and the City.”

Field said, “I love New York, I’m a New Yorker, born and bred. But Paris is Paris . . . Paris is a fashion dream, and I think that women who love fashion can feel that in the city. I took a lot of inspiration from the 1951 movie ‘An American in Paris.’ The fashion, the women, the love of the city, the positivity of the time period.”

Like Carrie, Emily Cooper isn’t afraid of experimenting with fashion. She wears hats, bright colors, bold patterns and she runs around Paris in heels.

Fitoussi described working with Collins as “pure bliss.” “She has a good knowledge in fashion, and that’s why she understood every choice I made. I explained that I wanted to avoid fast fashion and utilize secondhand clothes and ecoresponsible fashion, and she was so supportive.”

Collins said, “Patricia did a lot of shopping in Paris and would send me pictures and I would give feedback. She and Marylin were incredible collaborators. They found amazing vintage pieces while scouring the city and all the markets, as well as having designers make pieces that felt Emily-inspired. I even got to wear a couple pieces from Patricia’s own closet. They weren’t afraid to mix and match colors, patterns, shapes and textures, which I really appreciated. We need that inspiration and electricity now more than ever.”

Because Field thinks Collins looks like Audrey Hepburn, in the show’s sixth episode, she made the actress wear an outfit inspired by the film “Funny Face.” “She also has that same positive, innocent attitude. When I saw Lily in that costume I was like, ‘Audrey Hepburn is here.’”

It isn’t just Collins who got to enjoy the magic of Field and Fitoussi. The other cast members did, too. They dressed the fabulous French actress Philippine Leroy Beaulieu, who plays Sylvie Grateau. Field said, “For me, she was the epitome of French chic. Her colors, her silhouettes. She’s the visual counterpoint to Emily. I put her in a few Rick Owens pieces and the Japanese designer Yohji Yamamoto.”

For Gabriel, played by the beautiful French actor Lucas Bravo, Field said, “We kept everything effortless and sexy, to mirror his character. He wore his own Doc Martens shoes a lot, so that they looked authentic and worn-in.”

Fitoussi added, “He was very involved in his wardrobe and very easy to work with. I used a lot of AMI, a French brand perfected for this handsome and easy-living guy.”

Field said, “You don’t need to have designer clothes to mix things up—though we did go a little heavy on the designer element on this show, because she’s in Paris, after all.”

Field said, “I think that my signature in costume design is my optimism—the colors, the daring outfits, and the idea that women everywhere can go into their closet and reimagine, remix what’s hanging there in ways they’ve never thought of before. For me, ‘normcore’ is a curse word. It’s all about bringing individualism and self-confidence to women.”

“With Patricia’s work, there’s a tiny bit of magical realism,” said Star. “She elevates everything in such a fun way, it’s all such fantastic eye candy.”

There are many reasons to watch “Emily in Paris,” and fashion is definitely one of them.

Watch out, too, for little tributes to Carrie—like the black tulle skirt Emily wears which is a nod to the tulle skirt Carrie wore in the series finale of “Sex and the City,” and Emily’s “Emily” earrings, which are an homage to the famous “Carrie” necklace.