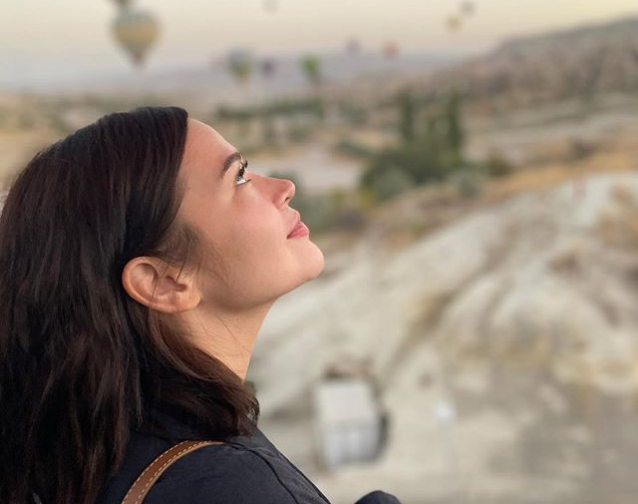 Why Bela Padilla fell in love with Cappadocia

While she has been unable to travel for the most part of the year because of the pandemic, actress Bela Padilla was finally afforded a chance to go to Cappadocia, Turkey and she has since been smitten.

Padilla found the sceneries of Cappadocia irresistible as can be seen from her Instagram post yesterday, Oct. 5. The actress decided not to post anything about her trip until getting her swab test result which came out negative.

“I didn’t think I’d leave the country at all this year, but life really has to start moving again,” she said. Her visit to Turkey was for work.

“As seen in this photo, my head is still up in the clouds in Cappadocia,” she said about her photo which showed her amazed at hot air balloons.

Padilla admitted Cappadocia is not in her priority of places to go to, but having experienced what it was like being there, she has changed her mind, and now considers the place one of her “safe havens.” She also expressed gratitude that her job takes her to new and unexpected places, especially since she is not fond of touristy spots.

To her, Cappadocia is beautiful and charming.

“They have great food and wine and even better people. I luckily got to meet some of the best ones,” she added. “I love everything about this trip so so much. So I’ll slowly share what I went through in Cappadocia,” she said. Fans should brace themselves for more Cappadocia moments from the actress. JB