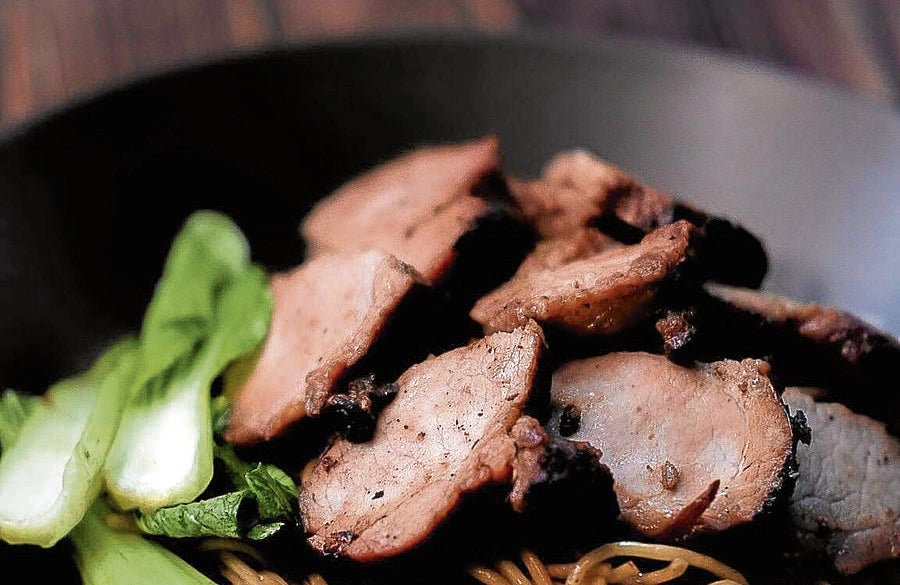 It’s been seven months since the start of the lockdown, and more and more people have attempted to augment their family income. Local musicians who have seen their gig schedules disappear as a result of restrictions on large gatherings like concerts have likewise pivoted.

Rapper Aristotle Pollisco, more popularly known as Gloc-9 (@glocdash9 on Instagram), started an online business selling cooked food in June under the label Kusina ni Juvy (@kusinanijuvy on Instagram). “Juvy” is the Polliscos’ longtime helper who has been feeding and caring for the family for over a decade.

The mix is eclectic, but Pollisco says all of the dishes are good. “We chose these because they’re our favorites, and we’re sure others will like them.”

Gab Chee Kee, rhythm guitarist of Parokya ni Edgar, agrees. “I have a sweet tooth and Gloc-9’s bibingka really hits the spot. I especially like the topping. After blitzing it in the microwave, you’re left with a gooey, gooey syrupy sauce that may burn your mouth, but tastes so good,” Chee Kee said.

Pollisco is known for sometimes delivering orders himself. “I guess that’s what sets us apart from other sellers. When the pandemic started, we lost the regular income we used to get from doing shows. We had to come up with another source of income.”

If the situation normalizes, he said he would continue Kusina ni Juvy. “We used to take a lot of things for granted. Now, we know that even simple things like online selling can help us in a big way,” Pollisco said.

The baked sushi trend shows no signs of abating. What started out as a dish made by home cooks is now also being offered by established restaurants. Tokyo Tokyo and Ooma have recently come out with their own versions.

Dindin Moreno, drummer of Parokya ni Edgar, and his wife Billie started Yey Baked (Yey Baked on Facebook) from their kitchen last May. They sell only one item, Baked Kani-Salmon Sushi.

“We have been getting constantly good reviews from customers who say that ours tastes far better than others they have tried,” Moreno said. “We have a lot of repeat customers, some of whom order almost every week.”

He said that his wife Billie had found a recipe online, but tweaked it so she could use items they already had at home.

“She served it for dinner, and it was a hit! The kids loved it so much that Billie had to make another tray just to satisfy our craving for that creamy and savory taste,” Moreno said.

“These specialties are based on family recipes passed down from my grandmother,” Tin said in an email interview. “We really take pride in our food traditions, and ensure thorough and meticulous preparation of every dish. The Char Siu, for example, is marinated for at least 24 hours. Ingredients are also always fresh, and every tub is cooked to cater to specified delivery time.”Tin said that cooking has long been his passion, one he had to forego because of his busy schedule.

“The quarantine was a game changer because it finally allowed me to spend more time in the kitchen. I started out just selling the noodles to friends and family, but orders started to pour in after word got around. What started out as a personal venture and fun experiment turned out to be a pretty viable home business,” he said.

Parokya ni Edgar’s Chee Kee is a big fan of the char siu noodles. “The meat is perfectly seasoned and contrasts well with the savory egg noodles.” His pro tip? You can order the char siu on its own.

Tin is determined to continue his online food business. “I’m really happy that I ventured into this. I’d really like to sustain it and make it a long-term thing. Who knows, maybe even transition to opening a space for dine-in when that becomes safe again?” INQ