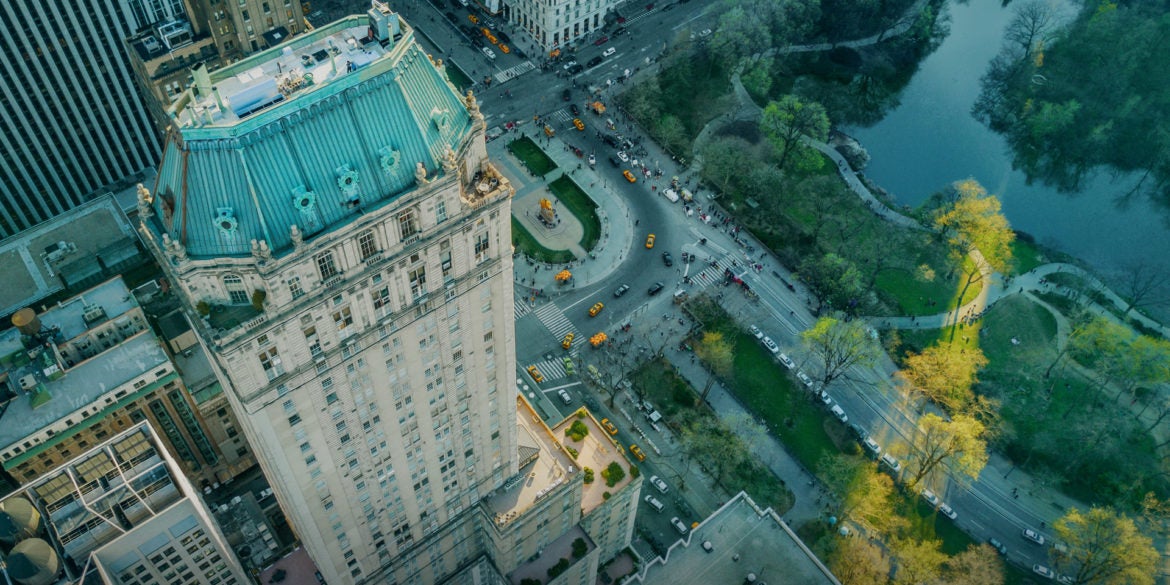 John Farrell and his wife booked a $1,000 room in the morning and were in New York hours later for their one-night stay.

The couple is part of a new local and last-minute clientele keeping the lights on at the city’s most luxurious hotels now that the coronavirus has chased off the international jet set.

The yellow taxis and limousines that used to pile in front of swanky hotel The Pierre are gone. So are the crowds of foreigners mingling in the lobby.

The Central Park hotel once hosted galas and welcomed celebrities — everyone from Audrey Hepburn and Elizabeth Taylor to, more recently, Lady Gaga.

But with the coronavirus pandemic in full swing it is a shadow of its former self: Following six months of closure and the travel industry’s near collapse due to Covid-19, it reopened in mid-September to smaller crowds and fewer members of the glitterati.

“The hotel, it’s kind of like the streets; it’s lacking the hustle and bustle and the presence of people,” said Farrell, a 38-year-old construction entrepreneur who drove two hours from the suburbs to get there.

Usually, this time of year the city’s hotels are packed, with an average price of $300 per night.

The busy season starts with the US Open and UN General Assembly, said The Pierre’s general manager Francois-Olivier Luiggi.

Then comes “every convention you can possibly have, fundraising galas, the fall season for the weddings, and then its Thanksgiving all the way to Christmas and New Year’s Eve,” he said.

The Pierre, which was taken over by India’s Taj Hotels in 2005, is normally “non-stop,” Luiggi said. Apart from its 189 rooms, it also holds 80 apartments owned by wealthy individuals.

In addition to the missing foreign tourists, who represented nearly a quarter of its pre-pandemic visitors, Americans are also gone, deterred by New York state’s strict coronavirus measures.

Since June, any visitor coming from US states where the Covid test positivity rate exceeds 10 percent — about 30 states currently — are required to isolate for 14 days.

Instead of tourists from Europe and California, nearby residents are booking luxury “staycations” — arriving by car for short stays of 24 or 48 hours, often while visiting relatives nearby, Luiggi said.

Even with rigorous distancing and disinfection protocols in place, the hotel’s occupancy has been capped at 25 percent, with more than half of its 400 workers unemployed, Luiggi said.

But he sees no reason to throw in the towel any time soon: “The Pierre has been around for 90 years and it will be around for another 90,” he said.

Not all hotels have been so lucky.

Despite help from the federal government, including small business loans, some 200 out of New York’s 700 hotels are closed.

Approximately 140 are operating as living quarters for first responders, infected Covid patients who cannot isolate at home and the homeless, said Vijay Dandapani, president and CEO of the Hotel Association of New York City, which represents some 300 hotels.

Hotels still welcoming “real” visitors are only 10 percent booked on average, he said, and some 25,000 workers in the sector are unemployed.

European hotels are “enjoying some levels of return of travel, whereas we have nothing,” he added.

The tourism downturn has been brutal in the Big Apple, where hotels have sprouted like mushrooms in recent years, not only in Manhattan but also in areas such as Brooklyn and Queens.

For years tourism has seemed to have the Midas touch, luring investors into the sector: In 2018 New York notched a record-breaking 65 million tourist visits. One year later, the tourism industry generated $3.1 billion in taxes, Dandapani said.

The boom meant the creation of so many hotel rooms over the past 10 years that the “market was already showing some sign of slowing,” said Ramya Murali, a hotel industry analyst at Deloitte.

“New York was the first market to go into very significant travel restriction,” she said, which has only been compounded by the fact that authorities are “on the conservative end of reopening.”

That means the market has been and will be closed off to travelers for an exceedingly long period of time, according to Murali.

Farrell said that “at the end of the day, I feel people like us have got to come spend money and hopefully that’s the start of something.”

For their brief visit, he and his wife were planning on shopping and dining al fresco — with more than 10,000 outdoor dining options now available.

Then, considering that Broadway is closed for entertainment, “we will go smoke a joint in the park,” Farrell said with a smile.

Photo courtesy of The Pierre NY