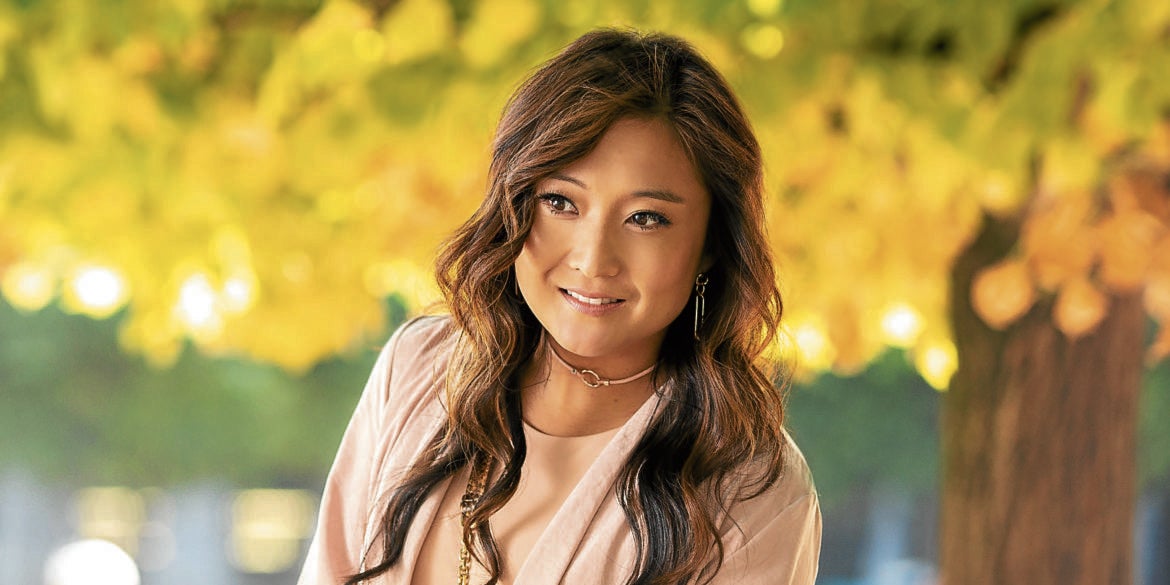 Of course I love Paris. The food is so delicious, the fashion so chic, the lights so magical, but the people… so mean. Chinese people are mean behind your back. French people, mean to your face,” says Mindy the first time we meet her in “Emily in Paris,” which, as of press time, is the Top 2 title on Netflix in the Philippines.

Mindy, the zipper heiress who’s gone Awol from her family in Shanghai and is working in Paris as a nanny, becomes Emily’s (Lily Collins) first friend in the City of Light—and a friend we’d all end up wishing we had.

Mindy is played by Broadway star Ashley Park and that’s exactly where producer Darren Star first spotted her—on stage, playing Gretchen Wieners. “I had seen Ashley in ‘Mean Girls’ on Broadway twice and she had blown me away. And since she had this incredible voice, casting her changed how we saw Mindy a bit, because we knew we wanted her to sing.”

Park said, “Mindy is very bold and I love the different colors that Darren Star and the team, that we’ve been able to collaborate and build for her.”

Super had a one-on-one interview with Park on Zoom and we talked about Paris, the fashion, the friendships, set secrets and why there should absolutely a Season 2. 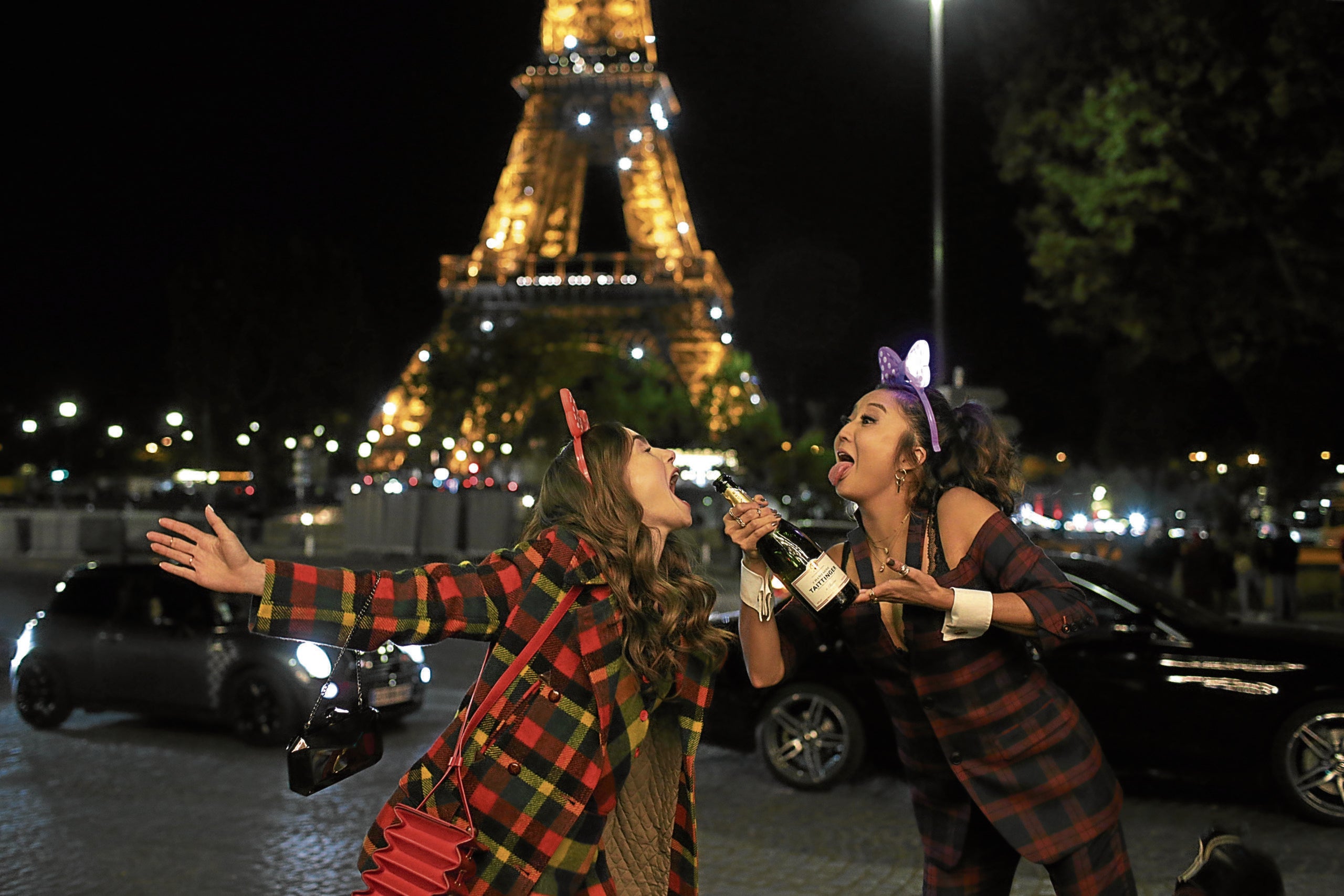 What was your relationship with Paris before the show and how did it change after working on the show?

Oh my gosh, love that question. I had never been to Paris before in my life. It was one of those cities that I knew I wanted to go to but I wanted to with the love of my life… “Madeline” was the first book that I ever memorized as a kid, when I was little. I just loved Parisian food, macarons, like everything and the fashion, and had been so fascinated with it. I didn’t even realize it until I got there, but so many of the images and locations that we filmed in… When Mindy talks about how she was just obsessed with Paris growing up, I think I was obsessed with it too but didn’t even recognize it until I was there and it felt like meeting a long lost sister but it was a city.

What do you love about playing Mindy and in which ways are you similar to her?

Mindy’s such a great friend. I think she’s the kind of friend that I would want and I aspire to be. I think she’s 100 percent, you know you can tell her any problem. She’s there for Emily 100 percent but she also keeps it real, and she also, because she wants Emily to be her best and be happiest, she’s able to tell her when maybe Emily is not doing something right or what her opinions about stuff are. I adore Mindy and I just really love that friendship comes really effortlessly to her.

You are a Broadway star, what’s the difference between doing work on stage and a TV show?

Oh my gosh, 100 percent, everything except for the very core of it. I’m actually really excited I found that both mediums, when you really get into the craft of each of them, they kind of help and serve each other. But the main thing is that, you know, I’ve done thousands upon thousands of live performances now, and it’s always just that one… you know, everyone who’s present there it’s live theater. I probably do eight shows a week and have one day off and usually go for six months to a year without any sort of break. And so it was a totally different schedule and also just being up close. Also, in anything that’s comedic, I had to get used to not getting a response right away. Because in theater we can guess what kind of audience we have and what’s working and what’s not. All of the rehearsal and work that goes into building these characters, we see it all happen within a day. And I remember me and Lily, sometimes our scenes are so bantery and so fast and fun, and we get to the end of the day and be like, “Oh, that’s the last time we ever get to do it. What?” I’m so used to be able to deepen it and keep going. I think stamina-wise it was a lot easier than doing a show eight times a week.

I’ve done some Instagram stalking and I’ve seen just how beautiful your friendship with Lily is. And the rest of the cast and crew. Can you talk about that bond? What do you think made it special? Why is there so much love among this cast and crew?

I think it’s a testament to Darren. I think we’re all so grateful to Darren because he brought us all together. I think because the story is so genuine of heart and smart, that attracts a certain kind of people. I always think a project attracts certain kinds of people. I don’t want to say it’s because of me or anything but I do know that I went to Paris with no friends and being like, I’m gonna build a home and a community for myself as I’ve done on Broadway. I moved to New York City without any of that either. Because I’m used to the theater world where even if you don’t have a scene with somebody, you’re rehearsing from 10 to 6 all together when you’re doing a Broadway show. I could not have a scene with someone but I’m sharing a building with someone for four hours every single day and so I’m so used to my workplace being my family. I don’t know any other way to do that, to do a show, so when I came to Paris, it’s hilarious but some of my best friends from the show I don’t have a single scene with. We were all like roommates and Lily and I just got so close so fast and I think it’s because it comes from the top down and when everybody’s just giving and supporting then everyone feels like they’ve been supported. It’s also Paris. My French cast mates were truly my Mindys because it being my first time in Paris, I was truly Emily in Paris, and everything that happens to her, all the questions… I luckily had amazing guides in Lucas (Bravo) and Samuel (Arnold) and Camille (Razat).

Can you talk about the clothes? You wore some fantastic outfits in the show. Do you have a favorite?

Oh my gosh, yeah. There were some that I put on and I was like, “oh my god,” like the reptile one. It used to be a long trench coat and [Patricia Field] was like, “We should just cut it because I like your legs” and then they found these boots. I was like, “I can’t pull off an all-reptile look.” Then we put it on and we were like, “Mindy. Great.” The suits were amazing, too, I was really into a suit phase and that kind of trickled into Mindy.

There’s gonna be a Season 2, right?

I think what’s fun is that Darren and the writers and with Lily coming from the film world and me from the theater world, we’re very used to learning our lines exactly as they are and then making them our own. And every time we would do a couple takes of that and then eventually they would kind of let us play and I kind of loved it so much because they made so clear who Mindy was to me so I was so comfortable and kind of spitting on stuff. So a lot of the fun little buttons and funny moments in the show between them were things that I either improved or we just kept on going. My favorite one being when I first meet Gabriel and we realize he’s the chef and he walks away and he says “Bon appetit, ladies.” It was also his first day on set and I was like, “Oh my god, he’s so cute, wait, what” and then I said to Lily, not even thinking about, I was just like, using my mouth, I was like, “I’d bon appetit him,” and I didn’t realize it sounded like “I’d bone him.” So that laugh that we share there, that was only one take that we did that but they used it because we just couldn’t stop laughing because we couldn’t believe I just said that. So there’s a lot of those little things especially with scenes with me and Lily on the way as we became comfortable with each other, we knew how to work off each other.