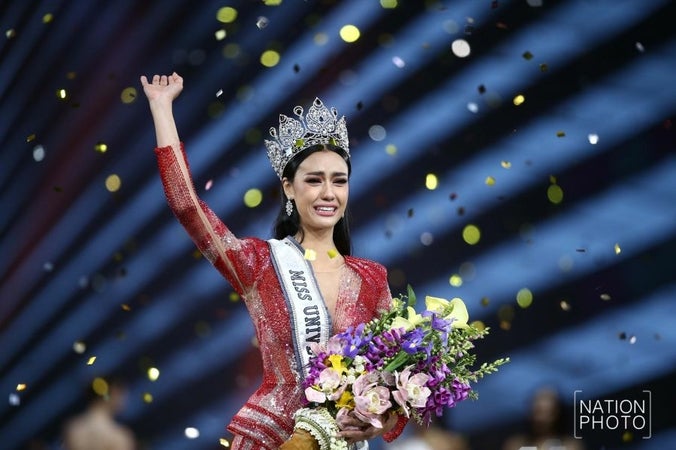 Phuket-born Amanda pipped 29 others in the fray for the Mouawad diamond crown worth Bt3.5 million (P5.5 million).

Winner Amanda has a career as a model and beauty queen, having previously won Miss Grand Rising Stars 2016 and Miss Tourism Metropolitan International 2016.

Amanda, who has a bachelor’s degree in business administration with a major in economics from the University of Toronto, Canada, impressed the judges as much with her brains as her beauty, answering questions fluently.

Twenty-nine beauties were in the fray in the final round on Saturday evening at True Icon Hall, Iconsiam in Bangkok.

During the question and answer segment for the top five contenders, Amanda was asked: “A hundred years from today, who would historians select as the most influential woman of the 21st century and why?” She answered that all women have a chance because “we are very strong”.

In the Q&A round of the final three contestants, all the ladies were asked the same question: “The Temple of Dawn symbolises Thailand’s spirit and is a landmark; how would you represent yourself as an icon of Thailand?” Amanda’s reply that even though she was born Thai-Canadian, she is truly a Thai lady and she is going to present all of her Thainess to the world, impressing the judges.

Amanda was crowned the winner, while first runner-up was Praveenar Singh, a Thai of Indian descent from Chiang Mai province, and the second runner-up was Punika Kulsoontornrut from Prachuap Khiri Khan province.