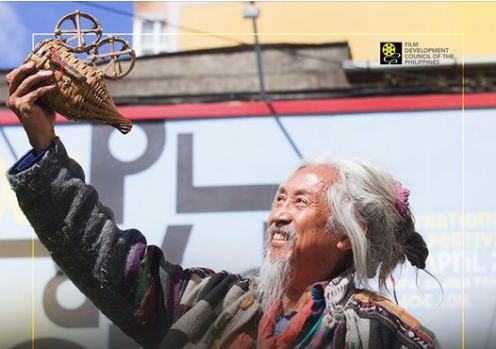 National Artist for Film Kidlat Tahimik is asking Filipino filmmakers to create more films that speak about the deeds of Filipino heroes.

“Next year is 2021. Does that ring a bell, folks? It’s the 500th anniversary of 1521. There was a guy called Magellan. I think it’s a big event and I hope they include more stories about ‘yung mga sariling bayani natin (our own heroes),” he said. “Let’s start aiming that way.”

Kidlat even has a term for it, “USB” for “unsung sariling bayani.”

“Ang Lakaran ni Kabunyan”, a film by Kidlat Tahimik, is one of the films to be showcased in PPP this year. He calls it a “backyard film,” starring his youngest son. In the film, Tahimik’s son takes a trip and on his way to island-hopping, he meets interesting people and learns a few things from them.

“He moved to Davao from Baguio. We decided why not document ‘yung trip. Lakaran, for a lot of us (means) ‘O, sa’n ba ang lakaran? Mag-gi-gig ba tayo?’ (Where are you headed? Will there be a gig?)” he explained. Kidlat Tahimik also pointed out the spiritual aspect of the physical journey in the film.

“We used my old 1974 Volkswagen combi,” Tahimik added. “Marami siyang na-pick-up na wisdom ng mga artists (he was able to pick up so much wisdom from the artists [he met]) and that is what is special about this lakaran (walk).”

“[The light] is a goal that we all have as [artists] and I think we followed the katipuneros’ (revolutioninaries’) spiritual goals,” he said. “[I hope all our] new filmmakers would also follow the route [and] inject some kaliwanagan (enlightenment) into their films.”

Organized by the Film Development Council of the Philippines, Pista ng Pelikulang Pilipino 4 features at least 145 titles, made up of 67 full-length films and 78 short films. JB