With physical distancing becoming the norm, auction house Leon Gallery adapts to the new normal by holding a two-day online auction via its Leonexchange platform on Oct. 17-18, 2020. Among key auction lots are paintings and other works by National Artists and antique and modern furniture from an old Manila mansion.

The first day of the auction will feature artworks and will cater to new and old collectors seeking to start or beef up their collections of art pieces by Old and Modern Masters and leading contemporary artists, said Leon Gallery head Jaime Ponce de Leon.

“New and established collectors alike are in for a thrill,” he said. “Highlights include important artworks of old Filipino masters, mid-century moderns, and contemporary artists who have become auction darlings and mainstays.”

National Artist Fernando Amorsolo’s portraits are the main highlights. “A Portrait of Henry Schradieck” is his 1937 painting of the foremost German violinist, music pedagogue, composer, and writer of violin etude books still commonly used today. “A Portrait of Henry Schradieck’s Wife” is also up for auction. Schradieck’s nephew lived and worked in the Philippines and had these portraits made by Amorsolo from photographs of his prominent relatives.

Cesar Buenaventura’s paintings of landscapes and seascapes, market and town scenes, and common folk are also included. The best-known Mabini school artist’s “Bukid” is one of his throwback-like pieces that takes viewers to the beauty of the countryside. Other 1960’s and ‘70’s artists represented in the auction are J.D. Castro, Paco Gorospe, and Cultural Center of the Philippines Thirteen Artists Awardee Edgar Doctor.

Expressionist Edwin Wilwayco displays expressively the plant’s stages of growth in “Birds of Paradise.” Abstractionist Norberto Carating also drew inspiration from nature’s appealing solitude in his “Anilao Series,” which shows his more controlled and mature style as well as his use of earthy colors.

Works by contemporary artists are also featured. Emmanuel Garibay’s “Takas” shows a woman’s arresting gaze and a man in flight, suggestive of a backstory. Rodel Tapaya’s “Untitled” piece is a whimsical narrative work of two men with their lutes.

To be bid out on Oct. 18 are Art Deco and Art Nouveau-style pieces housed in the foyer, sala, dining area, and the bedroom of an Old Manila ancestral mansion previously owned by a well-known family.

A key auction lot is the pre-war narra altar with the “Auspice Maria” feature, the intertwined letters A and M that serves as a monogram of the Virgin Mary. 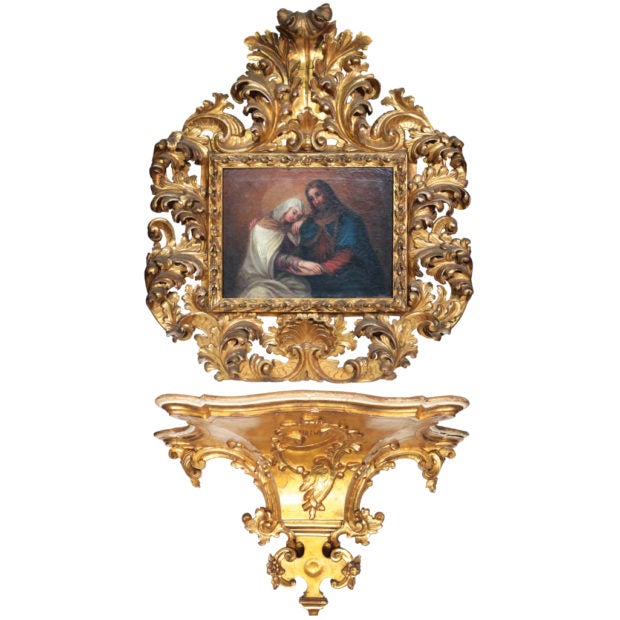 Asian antiques and objets d’art are also among the lots to be bid out on the second day, such as the pair of ivory images of a seated Emperor and Empress adorned with Oriental motifs, and blue-and-white Chinese jars, planters, and vases. A Qing Dynasty rouleau-shaped vase and two Republic-period temple jars display familiar blue and white patterns and ornamentation of nature and prosperity.

A full-size samurai oyo-roi armor set with elaborate patterns and elegant threadwork is also up for grabs, as well as two ivory tusks mounted on a wooden base.

An 18th-century Spanish giltwood Rococo wall bracket will be bid out together with a pair of giltwood mirror frames. Another similar piece from the same century has an additional feature: a painting of Mary and Joseph mounted on a giltwood Rococo frame. 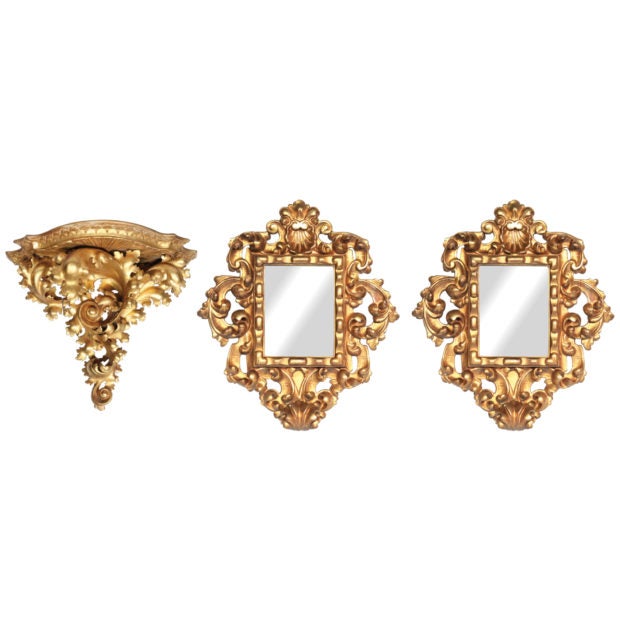 Other highlights: an early 20th-century one-piece lobed-top narra executive desk; an enlarged version of the 18th-century French “bureau plat,” with its large writing surface, drawers, cabriole legs, and carve work in key points; and a 19th-century narra Sheraton chest of drawers with kamagong and lanite inlay with four secret drawers and bracket feet.

Part of the proceeds of the Leonexchange auction will benefit Abot Tala, a modern co-learning hub for teens ages 12 to 18, and the Assumption Alumnae Association and its community programs.

Register to bid at www.leonexchange.com. View the official catalog at www.leon-gallery.com. For inquiries, contact [email protected] or call 8772-8343.