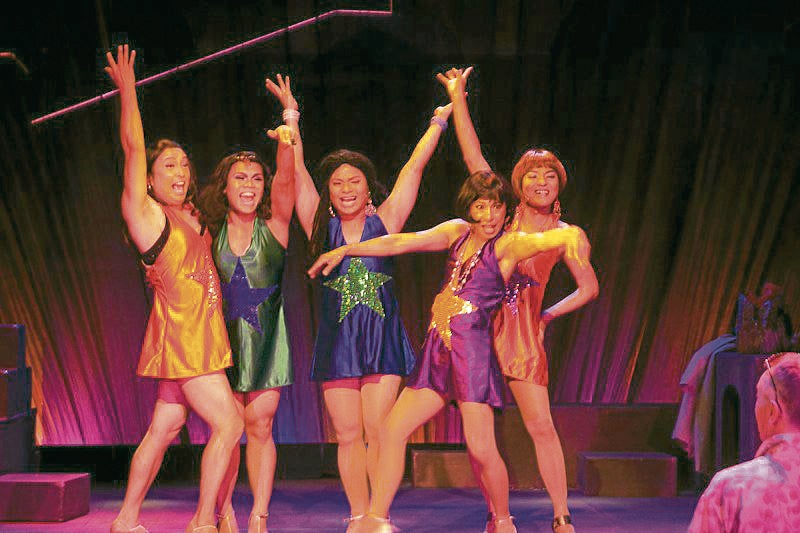 Youth, democracy and the Filipino community are the themes of Festival of Windows 2020: Locked but Linked, the first online arts fair of Philippine Educational Theater Association (Peta), ongoing until December.

Peta executive director Beng Santos-Cabangon said that “the arts and education play a crucial role in bringing positive and meaningful impact to a challenged nation and society, especially during this pandemic.”

There are five “windows” or subfestivals. The recent sulYAP Kabataan PLAYlist, led by program director Wilson Billones, featured collaborations between teachers and young artists from Bataan, Pampanga, Antique and Bicol, and culminating performances.

On Oct. 17, 3G, Connect!: PinangGalingan, Galing at PagGaling subfestival follows the theme of Creating a Culture that Values Safety and Human Rights in Communities. It will showcase a music jam, a lecture, dance and music videos and a documentary screening. Executive producer Abigail Billones said that they have been reaching out to the urban poor youth—despite the lack of devices and “load” for internet connection—to include them in building resilient communities.

Activities will be available on Facebook and YouTube for free—a “cultural ayuda,” as Peta president Cecilia B. “CB” Garrucho calls it.

“There’s so much hunger now in the land, not just physical, and this is our way of extending an intangible ayuda,” Garrucho said. “Peta is heavily invested in catching the attention of the youth in their formative years. Many of our Peta teachers joined us as kids.”

Festival of Windows is a welfare check on both the audience and artists who are both locked in because of the coronavirus. “The youth are suffering, and we want to reach out and check on them, how they are coping, and how they can help each other through creativity.”

“That’s a gaping hole, an energy from the live theater that will never be filled by watching from a screen, but Peta is accepting this challenge,” Legarda said. The performance industry has been hit hard by the pandemic, and Ke-Pop is a tribute to the artists who are migrating their works to the digital format.

“Finding Z,” written by Jean Gladys Vicente and directed by Ian Segarra, is about a teenager destined to be a superhero but forced into isolation.

“Maskian (The Masks of Asian),” written and choreographed by Carlon Matobato, explores the evolution of wearing masks for fashion, tradition and now protection.

“WFH (Trabaho Lang),” written by Michelle Ngu and directed by Meann Espinosa, tells the story of a struggling employee tagged as “too progressive.”

“Hello,” directed by Segarra and Japanese director Keiko Yamaguchi, tackles establishing connection despite physical distancing, while “Thermal Scammera,” written and directed by Mico Esquivel, is a comic sketch from the point of view of a thermal scanner.

“Harinawa,” written by Michelle Ngu and directed by Lotlot Bustamante, is a plea to end extrajudicial killings, while “2nd Set: 2 Meters Apart,” directed by Norbs Portales with musical direction by Ada Tayao, discusses music and distance.

How can they engage people who hardly watched theater before? De la Cruz said it’s all about the storytelling: “A theater space could be anywhere you are in. You can tell a story wherever or who you are, and collaborate on creating a theater experience.”

The coronavirus is yet another challenge in Peta’s 53-year survival story, and Cabangon said that when theater is back, this dynamic online festival can propel the audience into watching shows live.

Peta has also launched its last batch of online theater workshops for 2020.

Stream 3 of Let’s Get Creative Plus (LGC Plus) workshop series for adults will be held on weekends through five three-hour Zoom sessions, 5-8:30 p.m., to be concluded with an online recital on Nov. 15.