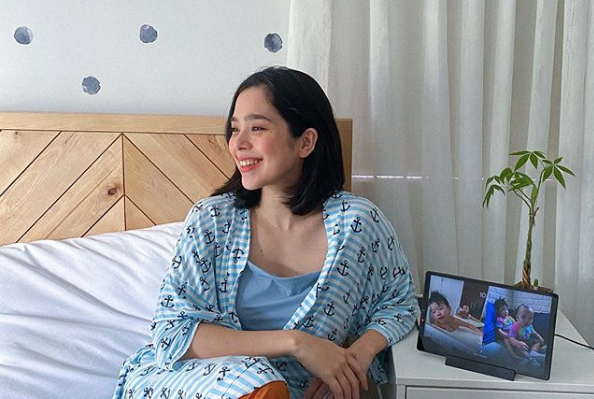 Getting her child to sleep appears to be a herculean task for actress and celebrity vlogger Saab Magalona. It has become quite a struggle that she already sought professional help.

Magalona spoke about how she used to have a hard time getting her baby Vito to sleep in her Instagram post yesterday, Oct. 13.

“It’s been one full week of no night feeding! He used to still wake up to breastfeed every [9 p.m.] and [2 a.m.]. I could tell it wasn’t because he was hungry but it was more to pacify himself and get back to sleep,” Magalona said.

Magalona was clueless on how to get quality sleep with her son as “he likes to twiddle aggressively with his other hand.”

“I knew I had to put a stop to it already so we could both start getting quality sleep (I feel like I haven’t slept for [three] years hahahahuhu)” she said.

And while she’s done so much research on sleep training, Magalona wanted a professional’s support. An expert named Ria of @himbing.ph. became her go-to person.

“I consulted with her before the first night! At first I tried to transition him into sleeping in a crib because he’s really aggressive and strong about latching and he cried a lot (as expected). I decided to keep him on the bed where he is much more comfortable beside me. Miraculously by the third night he wasn’t wrestling to latch onto me anymore,” the young mom shared.

Ria assured Magalona to do what she feels comfortable with right now, and it worked.

“Now he doesn’t need to be fed or rocked or swayed to sleep. He doesn’t need any music either,” Magalona observed. “He likes reading a storybook in bed before lying down and rolling around until he gets into the best position to fall asleep on his own.”

Things got better that after the third night, Magalona need not have to pick her son up anymore to soothe him when he wakes up in the middle of the night.

“Now he just sort of rolls over and falls back asleep on his own. I find it so amazing,” she added. “Now we can cuddle at night and my breasts aren’t super sore in the morning.” JB