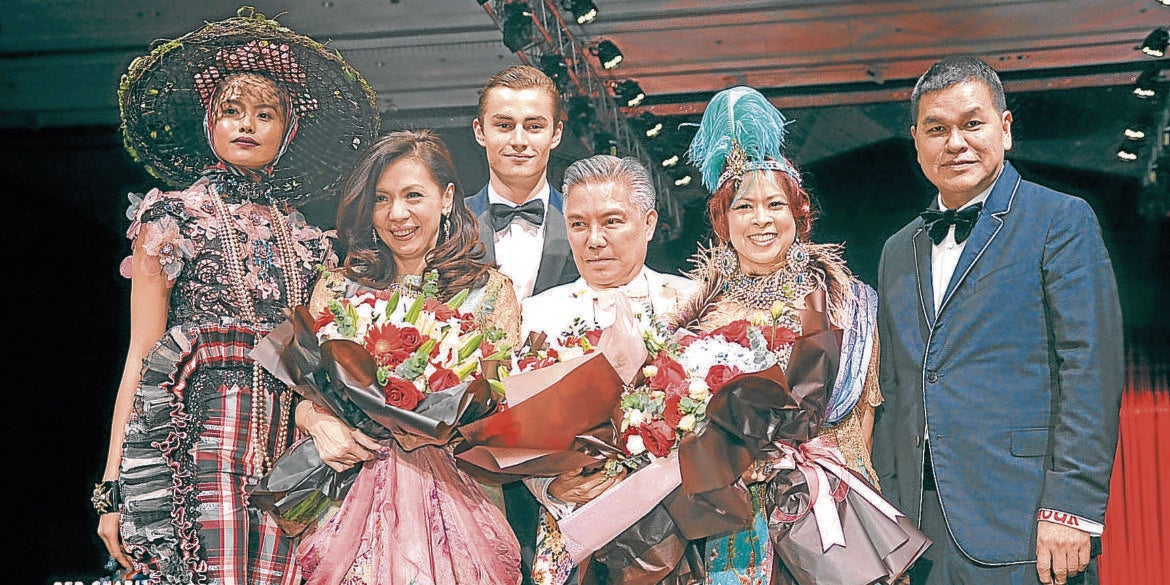 Cochair of biggest event in Manila's fashion and social calendar reflects on their accomplishments, as annual show takes a break amid pandemic

For the last 12 years, October meant the Red Charity Gala for me. The whole month was packed with related activities, from food-tasting to press conferences and table assignments.

But like everything else this year, the Red Charity Gala has been upended. There are moments when I feel like something is missing; at the same time, I still feel thankful for what we have achieved since Dennis Lustico first approached Tessa Valdes and me to produce a charity fashion show in 2008.

It sounded like a fulfilling and fun thing to do, combining two things that are close to my heart: Philippine fashion and charity, the Philippine Red Cross in particular.

With hopeful hearts, Tessa, Dennis, and I started approaching friends, fashion lovers, and charitable spirits to support the event we set for end of September—and the response was so positive. We became more and more excited as the day approached.

But lo and behold, Supertyphoon “Ondoy” happened, just days before the show. Metro Manila was knee-deep in floods in many areas, and so many people were affected. It was one of the biggest typhoons to hit the country.

The whole team sat down to decide on what to do. People were suffering and were certainly in no mood to party. So we decided to reset the show. But now we had to figure out a venue for the event.

Then Tessa told us that Anton San Diego, editor in chief of Philippine Tatler, had told her that the annual Tatler Ball would be rescheduled to a later date. We asked if we could take over their date, and they were quick to respond. And that was the beginning of our long-term relationship with the Shangri-La Group.

To our surprise and delight, when we announced the new date, we received more interest. We dedicated the event to helping the victims of the typhoon, and the response was overwhelming. We exceeded our fundraising expectations.

The night itself was a blur. I remember bits and pieces, like forgetting to prepare bouquets to give Dennis at the end of his show, and having champagne with the team backstage. I may not remember all the details, but I cannot forget how I felt that night: relief, nerves and elation at how it all turned out.

The first year was the most difficult, and each year it became easier as we became part of the social calendar. Each show has its own unique challenges, though, starting from the selection of the designer, which is the most crucial part, as important as raising funds for our selected charities. The Red Charity Gala was also intended to promote Philippine fashion and highlight the work of a Filipino designer, where he or she is free to do the show of his or her dreams, and the rest of the evening revolves around this.

Both Tessa and I are proud to say that all of the designers that we have featured are truly the top in their field, from Dennis Lustico, Furne One, Michael Cinco and Cary Santiago to Ezra Santos, Jojie Lloren, Lesley Mobo, Chito Vijandre, Joey Samson and Rajo Laurel. We would like to think that being part of the Red Charity Gala circle of designers has also been special for them.

Last year’s show was truly monumental and the most formidable in terms of organizing: 10 of the country’s premiere designers all on one stage. It was not a traditional group show, but a look back at 10 years of the best fashion in the country and how it has grown with time.

I couldn’t stop my tears when they all came out on stage. It felt like my child was graduating from college. And in a way, this was a fitting pause for the Red Charity Gala, because it is going to be almost impossible to top that.

By the end of last March, Tessa and I had decided not to hold the show this year, but we are thinking of ways to keep the Red Charity Gala fresh in the minds of people as we continue to support our charities at this time. With the rest of the world, we continue praying that the pandemic will be over soon, and you can count on the Red Charity Gala coming back stronger than ever.

The author is cochair, with Tessa Prieto-Valdes, of the annual Red Charity Gala, arguably the biggest annual event in Manila’s fashion and social calendar since 2008.