'Be a Liza Soberano' in a country led by 'macho fascists,' a congresswoman appeals | Inquirer Lifestyle ❮ ❯ 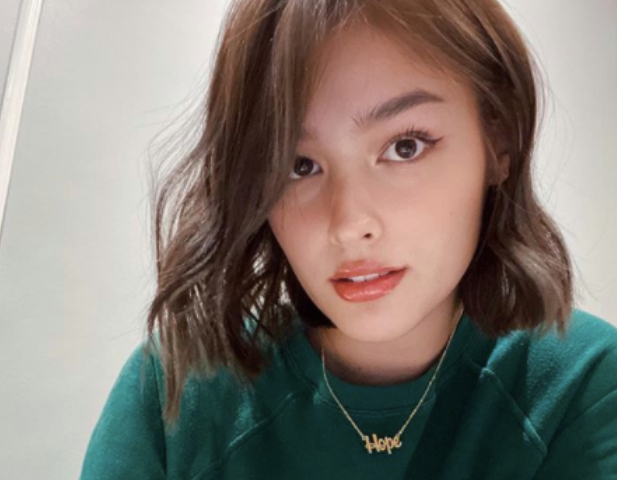 ‘Be a Liza Soberano’ in a country led by ‘macho fascists,’ a congresswoman appeals

The Liza Soberano red-tagging saga continues, but more and more people continue to speak up to defend the actress.

Gabriela party-list Rep. Arlene Brosas was the latest to defend the Kapamilya star against a certain vlogger named Maui Becker. The vlogger took a swipe at Soberano after the latter participated in a recent webinar for Gabriela Youth’s “Mga Tinig ni Nene: Reclaiming Our Voices on the International Day of the Girl Child” via a Facebook live session.

“Her courage to speak out against gender-based violence amid the intensifying culture of impunity should be admired rather than silenced and criticized,” Brosas said in an interview with ABS-CBN yesterday, Oct. 17.

“Be a Liza Soberano in this country being led by macho-fascist officials. We call on more public personalities to use their platforms to promote human rights, something that is badly needed today amidst the many forms of violence being promoted by the highest officials of the land,” Brosas added.

“I was afraid that people would judge me. They would say what do I know, I’m just a girl, I’m just an actress,” Soberano said in the video. To that, the vlogger replied. “Yes, tama. Ganon, intindihin mo na lang ang trabaho mo. Pero sige, kalayaan mo ‘yan pero make sure lang na knowledgeable ka sa mga bagay-bagay.”

(Yes, that’s right. There you go, just mind your job. But sure, you’re free to be like that. Just make sure that you are knowledgeable about things.)

The vlogger further slammed Soberano for supposedly not knowing the connections of Gabriela.

(Right now, it looks like you don’t know that Gabriela is a plague in the society, members of terrorist and communist groups, rebels, NPA, NPA’s front. You don’t have any idea. If you don’t know anything, Liza, just shut up. And hands off our children, Liza, you stupid b****.)

Fans of Soberano were aghast at the supposed audacity of the vlogger to red-tag the actress, even warning the vlogger that what she did may qualify for a cyber libel case. The fans’ defense of Soberano also quickly sent the hashtag #DefendLizaSoberano trending on Twitter. Her manager Ogie Diaz has also spoken up to defend her while thanking her supporters. JB

Ogie Diaz thanks fans for supporting Liza Soberano, defends her against red-tagging