Wordless book is the perfect book for our times | Lifestyle.INQ ❮ ❯ 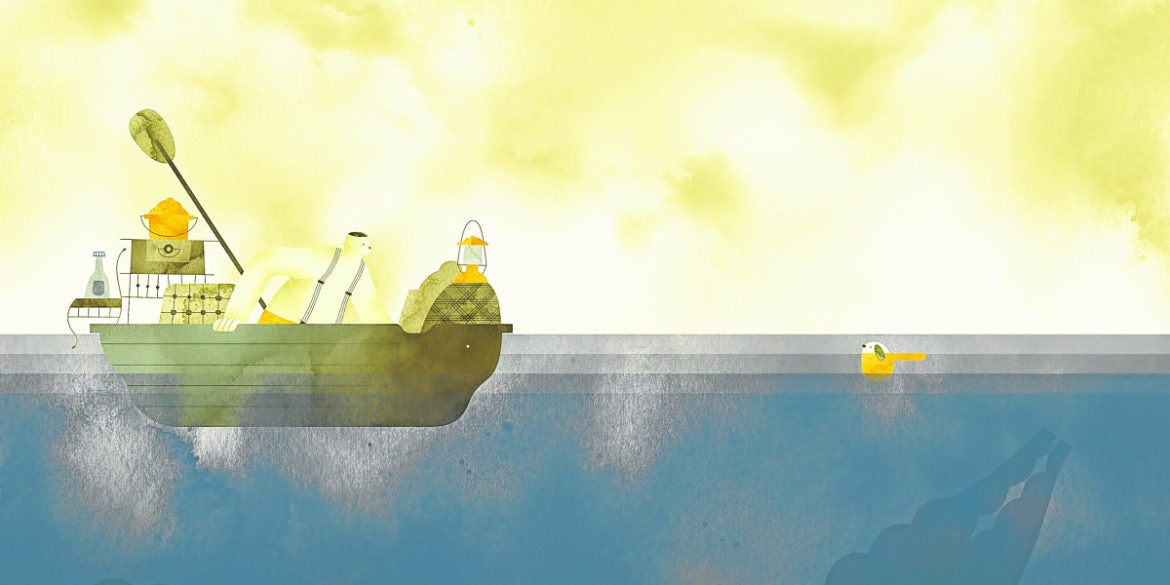 A spread from "Pagkatapos ng Unos"

Wordless book is the perfect book for our times

When someone thinks of stories, they imagine words, spoken or written. But when it comes to books for children, there is a long and distinctive tradition in wordless picture books, books for all ages that can be read without the limits of language.

Philippine Board on Books for Young People (PBBY), which already sponsors two of the most significant prizes in Philippine children’s books: the PBBY-Salanga Prize, which goes to a writer, and the PBBY-Alcala Prize, which goes to an illustrator. PBBY then publishes a book with the winning Salanga story illustrated by the Alcala winner. In 2018, PBBY decided to give the first PBBY-Wordless Picture Book Prize.

“We saw the dearth of local wordless children’s books, despite the importance of such books in helping children build their own narratives,” explained Ani Almario, PBBY secretary general.

Frances Ong, PBBY treasurer, added, “Wordless books exercise a reader’s skills in observation and comprehension. A wordless picture book can offer children greater freedom to use their imagination and build their own meaning into the story.”

This is where Harry Monzon enters the picture book. “I wasn’t given many books as a child but when my parents bought me something, I would read it over and over again. I started really reading and appreciating children’s books in high school. I read a lot of Roald Dahl books with illustrations by Quentin Blake.”

Monzon had his own creative awakening as a Literature major at the University of Santo Tomas. “I worked on Rene Villanueva’s stories for my thesis because I really love children’s literature and because there’s hardly anyone taking about the topic,” he said. “I think part of why I want to work with children’s books is because I missed out on it in my childhood.”

A member of Illustrador ng mga Kabataan or INK, Monzon saw the announcement of the PBBY-Wordless Picture Book Prize as an opportunity to create because he had primarily been doing illustrations.

“Writing tires me down more than illustrating. When I try to write I always find myself overcomplicating and end up not finishing. When the PBBY-Wordless Picture Book Prize was announced, it gave me a jolt to get my hands at making stories again.”

Monzon, now 30, and a freelance illustrator and graphic designer, loved the idea. The story that came to him involved a very personal experience: His family’s anxiety when Tropical Storm “Ondoy” struck in 2009.

“Ondoy happened when I was still in school,” he recalled. “My father lost his job. I worried about how we would recover from it or if I’d still be able to study next semester. That anxiety was reflected in the book when the man fills his boat with things from home, trying to hold on to things while everything is being washed away.”

This triggered the idea of someone escaping the flood by putting all their worldly possessions in a boat but encounters unexpected decisions.

“This memory came back to me when I was looking for ideas in my sketchbook,” Monzon said. “I found rough sketches of boats beside large semiaquatic plants, houses underwater and one with a house on a hill surrounded by water. I pieced them together, rearranged them, and then added some for it to make sense.”

That is where the title, “Pagkatapos ng Unos” (After the Storm), came from. The resulting storyboard was extraordinary in that, instead of individual pages, each scene is given a full spread. “I think at that time I was going for the feel of traveling from one point to another.”

Monzon was ecstatic to win. “I was happier that I got to finish something. I was having a hard time producing anything… Even without the award I’d still be satisfied.”

“There is no denying that Harry Monzon’s work is stellar, and so is his brand of storytelling through images. In addition, the theme of the book is very timely,” Almario said.

“We received many imaginative, beautiful storyboards that year,” said Ong. “But Monzon’s illustrations successfully told a story that was compelling without words.”

“Unos” had one more piece of magic going for it. Fedrigoni, founded in 1888, and Italy’s top paper mill not only donated the special paper to be used for the project but even saw through the production process, said Kervin Valero, Fedrigoni Asia-Southeast area manager.

“The Freelife range is our most environment-friendly paper using the most recycled content than any other we offer,” Valero said. “They are also of archival quality, so it can further add value in the future should this become a collector’s item… The local children’s book market is growing, and we donated the paper to see how people will react to the experience of holding a book done using specialty paper.”

The donation is part of many events that led to “Unos” coming out even during the COVID-19 pandemic.

“I think it’s good timing. ‘Unos’ and this pandemic are not that different. We see people helping each other out much like the man helping the dog floating in a dipper. We see people commuting to get to work to feed their families despite the threat of COVID-19, which is not far from the man paddling his hands in the water with a crocodile just to move forward. The sudden enthusiasm in plants is very similar to the ending of the story. So I think this book is relatable to our situation,” Monzon said.

The book has another personal connection as Monzon has dedicated “Unos” to his late father, Jose C. Monzon Jr. “My father had ‘unos’ of his own. He grew up poor, picked himself up and worked odd jobs, finished his studies and became an engineer. He was always supportive of what I was doing. I’d show him the books I made and he’d always say, ‘tuloy mo lang yan.’”

PBBY is trying to inspire other creators to follow Monzon as well. The 2019 Prize went to Nina Patricia Martinez’s “Ang Mga Sikreto ng Langit at Dagat.” “We are hoping that we can give it out again after this pandemic,” Almario said.

“Unos” emerged from a creator stuck in a slump, won an award that has never been given before, looks like nothing before it, was gifted with the kind of paper it needed, and managed to be released in the midst of a pandemic—all this is testament to the accuracy of its title.

“The storm goes away and the mess it leaves may be hard to deal with but it will make us see things we haven’t seen before, and that will prepare us for the next one,” Monzon said. “And that there is no one way of telling the story in this book.”