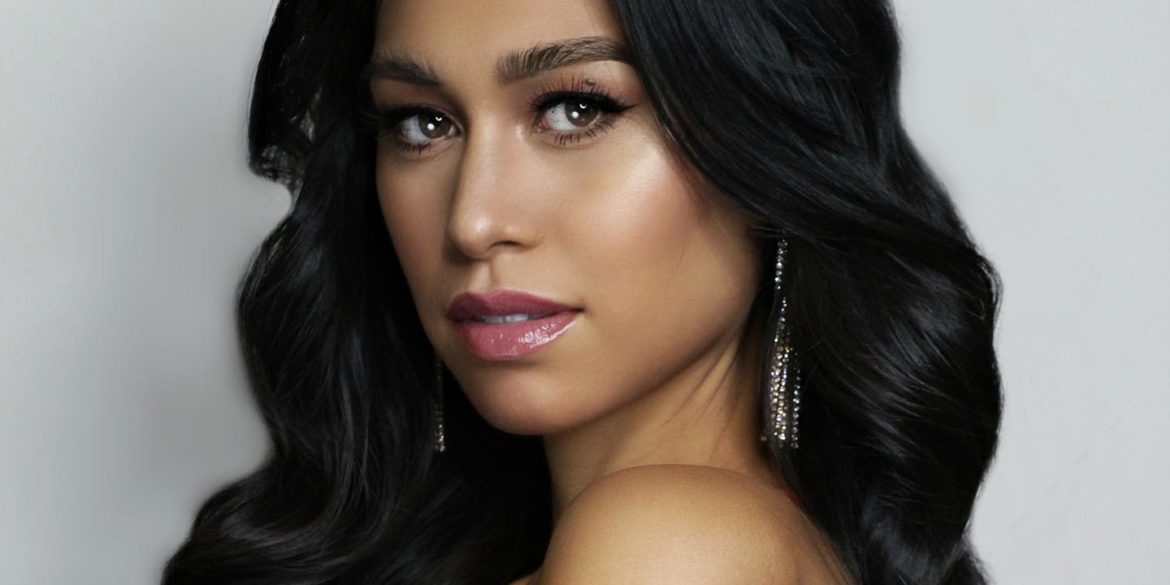 MANILA, Philippines — Filipino-American beauty queen Christelle Abello may have grown up in the United States, but she never forgot her roots and heritage. And with this in mind, the Communication graduate from California hopes her fellow foreign-based Filipinos would give back to their motherland, especially when their compatriots are in need.

“I launched ‘Kapit-Bisig Tayo’ calling Filipinos wherever they are in the world to never forget our ‘kababayans’ who need help here. The ‘bayanihan’ spirit is rare, not a lot of cultures have it,” Abello said in an online press event launching her as the 2021 Ginebra calendar girl, putting her in an illustrious roster of ladies, which includes her idol, 2015 Miss Universe Pia Wurtzbach.

For 2021, the campaign invites the public to be “ganado sa bahay” as Filipinos are challenged to become productive while quarantine measures restrict their mobility.

“I accepted [the project] because it is a platform to inspire, with 2020 being a challenging year,” Abello said.

“As Filipinos, we resonate with being resilient, trailblazing. Let’s keep that mentality and we’ll have a better year ahead,” she continued.

These traits have been ingrained in her by her Caviteña mother and Aklanon father even when the family was miles away from the Philippines. She and her siblings also learned to speak Filipino, with much help from local soap operas beamed in the US.

But aside from joining Wurtzbach in the list of the liquor brand’s muses, Abello is tracing another path taken by the global beauty queen, as she embarks on her own journey to the Miss Universe Philippines crown.

As Aklan’s representative to the national pageant, Abello is up against 46 other aspirants from different parts of the country. But she said she is unfazed as she carries a “never-say-die” attitude.

She said she almost quit when the pandemic made it hard for her to continue her quest for the crown. “But I thought to myself, I have come this far, why quit? I have my family in Aklan and Cavite and I’ve worked so hard not to quit,” Abello explained.

And the aspiring actress and model has pageant experience to draw strength from. She was crowned Binibining Pilipinas USA in 2014, which saw her flying back to the Philippines to compete in the 2015 Miss World Philippines pageant where she finished in the Top 10.

“I just continue to be positive about myself, and exude a brighter, lighter vibe,” Abello shared.

She is currently in Baguio where the 2020 Miss Universe Philippines pageant will culminate on Oct. 25

“American Idol” runner-up Jessica Sanchez is also expected to perform in the program, which will be telecast live on GMA 7, and streamed via the online platforms empire.ph, ktx.ph, and TFC.

Reigning queen Gazini Ganados will crown the winner, who will represent the Philippines in the Miss Universe pageant.