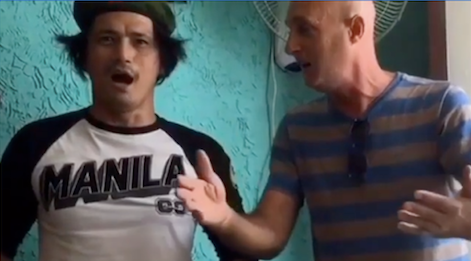 Robin Padilla gives the youth some advice on being a leftist

After the issue of a general giving unsolicited advice to celebrities to disassociate themselves from leftists, former action star Robin Padilla would also like to give young people his own reminders and advice about being a leftist. This as he also proclaims himself to be a leftist.

Padilla declared that people should not be too furious in their denial of being leftists. He also defended the existence of leftist groups and expressed his support for the radical and revolutionary sectors of society, as per his Instagram page yesterday, Oct. 28.

The actor, known to the public as a fervent supporter of the Duterte administration, showed a short clip in his post of his visit to Havana, Cuba in 2016, featuring the place where Che Guevarra stayed. Guevarra was a prominent figure in the Cuban revolution.

Padilla stated that leftists are “pro-poor, pro-equality, pro-farmers and pro-workers.” He said that it should not be an issue if one is leftist.

“Kaya hindi umaasenso ang Pilipinas kasi karamihan ay mahilig sumakay sa isyu para mapag usapan at sumikat,” he said. (The Philippines is not progressing because many people want to ride on an issue for them to be talked about and to be popular.)

Padilla said a “suggestion” of Gen. Antonio Parlade of the Philippine Army was just “fatherly advice.” Parlade earned flak last week after giving unsolicited advice to actress Liza Soberano to “abdicate” from Gabriela Youth if she does not want to suffer the same fate as activist Josephine Anne Lapira.

Soberano earlier guested in an online seminar on young women’s rights by Gabriela Youth; Lapira was a student activist who perished in an encounter between the New People’s Army and the military in Batangas, in 2017.

(As long as you are not violating the law agreed upon by the majority of Filipinos, fight on and don’t surrender. This is also my reminder to our youth, from me who is also a leftist.)

Aside from Soberano, the names of actress Angel Locsin and former Miss Universe Catriona Gray were also dragged in the red-tagging issue involving Parlade. JB