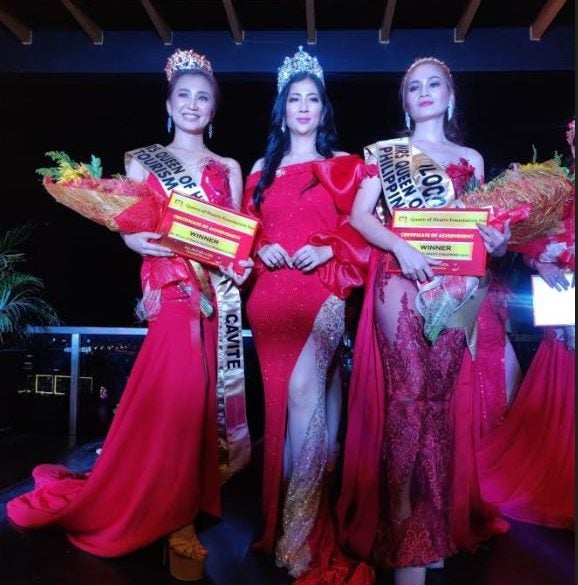 “We have to push through with this as a requirement of the international director who is in charge of conducting international beauty pageants,” MMG Queen of Hearts Foundation President Mitzie Go-Gil told the Inquirer in an earlier interview.

Originally scheduled in April, the pageant was moved after the government imposed quarantine measures because of the Covid-19 pandemic. Strict health and safety protocols were implemented for tonight’s event.

The queens have big shoes to fill as the previous winners earned accolades in their respective international competitions.

Rosenda Casaje, who was originally a candidate for this year’s national competition, was plucked from the roster to represent the Philippines in the Mrs. Global Universe pageant because of time constraints in March. She took home the Mrs. Empowerment Woman from the tilt.

Aside from representing the Philippines in international beauty pageants, the winners are expected to take part in the foundation’s projects.

“The foundation has two advocacies, first is to promote the welfare of underprivileged families, especially their children, and second is women empowerment,” Go-Gil explained.