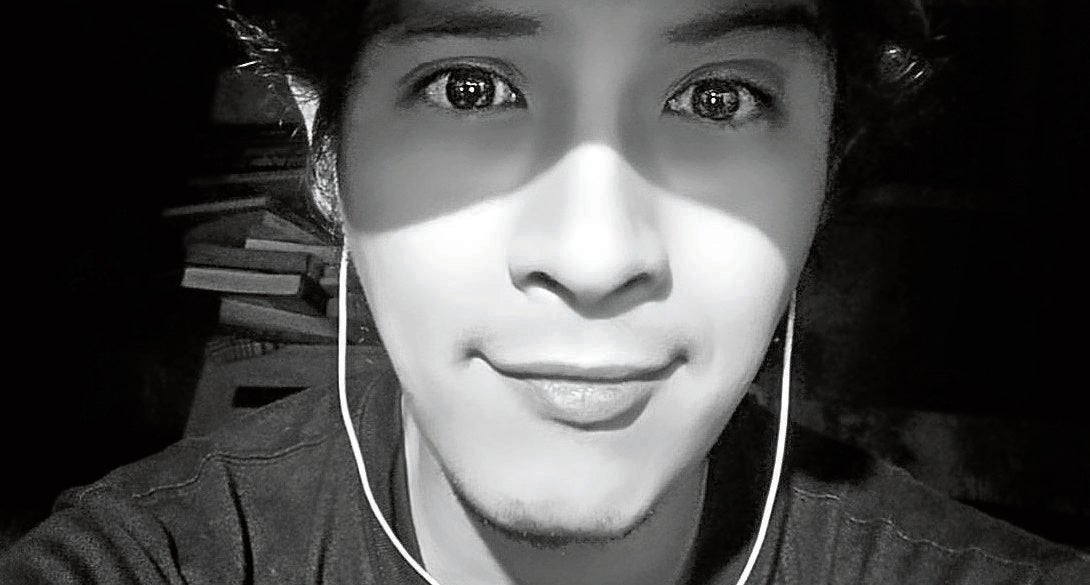 Going by the mononym LKN (pronounced ‘Lakan’), the performance, poetry, slam and street poet spends his quarantine days making sure his trusty smartphone is charged. After all, that’s essentially his stage now. Last July, he did over 90 events, bringing his total performances throughout his storied career to over 1,700.

Before the pandemic, he’d performed physically in countries throughout Asia, and various places in Europe. At the time, he was known as “The Traveling Poet.” Now, thanks to the wonders of technology via Zoom, the only continent he has left is Antarctica—and he is now touted as “The Pan[demic] Poet.”

On the morning of Oct. 31 Philippine time (Oct. 30 evening in Canada), he will be performing spoken word poetry at the Toronto International Festival of Authors (Tifa). He is the first Filipino poet to do so in the history of Tifa, the longest running literary festival of Canada.

ToBeYou got to interview him just before he took yet another virtual stage for a poetry festival in the United Kingdom.

Does “The Pan Poet” just come from the pandemic? Oh, no. I’m a pansexual. I’m also like a pan in that I can make a poem about anything.

When the pandemic hit, you weren’t even supposed to be in Manila, right? I started basing my art in Singapore last October 2019. When Taal erupted, I held a donation drive there then brought that here, to Manila. Then COVID-19 happened, so I couldn’t go back to Singapore. I got locked down here. What better place to be locked down than your home country, though? I was supposed to have an event at Esplanade, Singapore, that of course the government had to cancel. I don’t feel bad about any of it. More doors opened that otherwise would not if not for the pandemic.

In March, four people—myself included—started We;Poetry Global. Around that time, I also started performing for open mics in other countries. When we turned off the lights, so to speak, for We;Poetry I really started to focus on my art. It’s truly something to jump from New York to San Francisco to Atlanta, all from my bedroom.

How long has poetry been your full-time job? Since September 2017.

You got your start in the Philippines? I had to start somewhere and I had to start here, home. To my surprise, I got invited to be featured in Hong Kong June 2018. And then I went on to perform in other countries, and thought—hey, maybe I can do this. There’s always apprehension for some Filipino artists to go out there; I felt that. Is it okay? Am I good enough for the world stage? I knew there was only one way to find out. So I jumped.

In Hong Kong, I performed with the UP Ripieno Ensemble and Bianca Bonifacio. My poems were all in Filipino. Although most of the audience were foreigners, they got it. They got what we wanted to express.

Paving the way for new artists is something you have done quite a lot. Why is this so important? I built [the arts collective] Alab at Sinag Pilipinas from nothing, then we built it to this 500-member strong group. There was an open-door policy; if you find home, welcome. It’s about sharing what you have. If you can do something for another person, why wouldn’t you? There was this kid who was selling sampaguita on the street while we were busking. He sang along and when I heard his tone, I was like, why are you not on stage? So I invited him to sing with us, he became the youngest member of Alab.

What usually inspires you to write? I write because it affects me. Usually, what triggers me the most is pain. It’s a powerful feeling. It’s very uncomfortable.

Some call you the “Anti-Hugot King.” You talk about death, you talk about things that need trigger warnings, including personal experiences. Would you say poetry has helped you process or further deconstruct things that have happened to you? Absolutely. Art is a safe playground. This Italian guy said I’m the darkest poet of this age. If you look at my string of poems over the last three years, it’s truth. I like talking about what truths are. I love going there. There’s always this curiosity. There’s a Latin phrase that I love—rerum cognoscere causes, which means to know the causes of things. Poetry is always going to be a journey of discovery. You can never write the same poem twice.

What is the most powerful poem you’ve ever written? I’m not antilove, I’m pro-truth. The most powerful poem I’ve ever done is an impromptu poem I did last February. It was so raw. It’s a poem answering the question ‘how do you want to be loved.’ It was performed at Jess & Pat’s in Maginhawa; I had 90 percent of the people crying.

How do you handle criticism? You smile. And then you look into it, see if there is a point. If it can make you grow as an artist, you listen to it. The moment that a poet becomes too proud to say ‘I can listen’ is the beginning of their downfall.

How do you think social media has shaped poetry, in the context of COVID-19? It paved the way for so many artists to reach out. Zoom has done a fantastic job. It still feels weird because you’re behind a screen. You still want to feel the experience of people in front of you when you’re performing. It messes with my head sometimes. We’re lucky to be in this age where we can communicate with others, compared to say the days of the influenza or the black plague. It’s also a question of accessibility though, because it’s not cheap. You have to have a phone, an internet connection.

When are you finally coming out with your book? I’m part of a Friendship Anthology in Mumbai, India, and Ink Blots from Washington, DC. I’ll be releasing my debut poetry collection, “Silver Strands,” which will be published in London. Parts of my soul are in there. Like a horcrux.

Tell us more about your performance for Tifa. I joined the Toronto Poetry Slam and was a finalist. A few weeks later, I got an email and cried! It was a letter of invitation to perform for Tifa, which is one of the most prestigious and long-running literary festivals. I was so stoked. This festival is very special to me not just because I’m in the same event as Margaret Atwood and Ian Rankin—it’s about bridging gaps, breaking walls. It’s a huge honor and a privilege for me. — CONTRIBUTED INQ