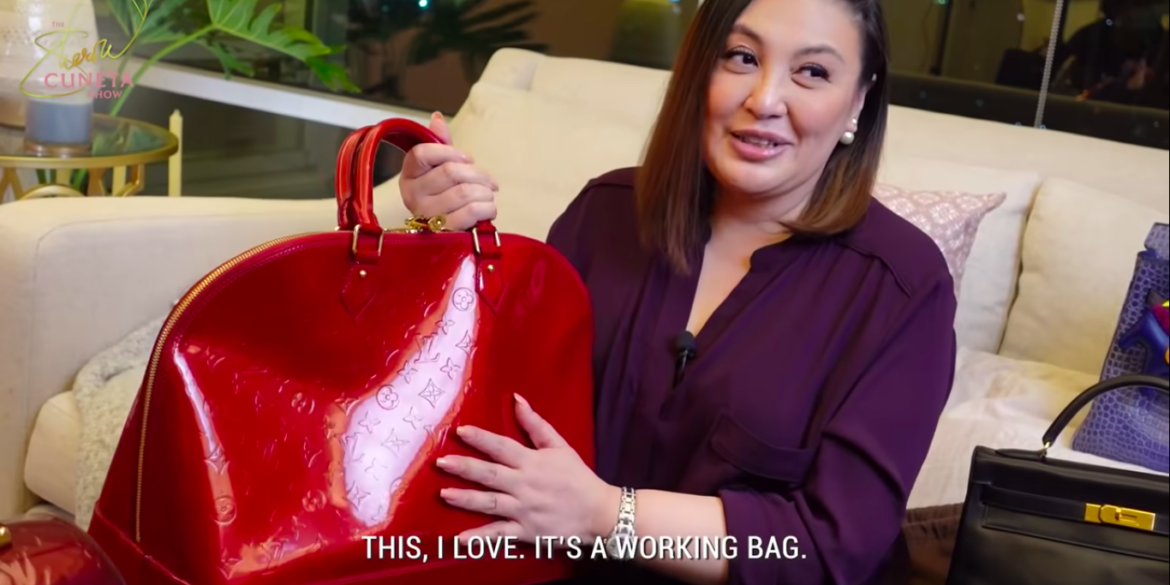 WATCH: Sharon Cuneta wants a sakura Birkin or Kelly to add to her bag collection

Sharon Cuneta finally heeded the request of fans and shared with them a glimpse of her luxurious bag collection in her vlog. While she was hesitant at first to do it in view of the pandemic, she realized that nobody knows when the pandemic will end, and she would rather give her fans what they were asking for.

She picked some choice pieces to show while also stating that if there’s one bag she fervently hopes to own, it’s a sakura Birkin or Kelly.

“I also have bubble gum pink which I never used because I am really, really looking for a Sakura pink bag. So I can trade my bubble gum with you or I can buy your sakura from you, whether it’s used or new,” she appealed in the video posted on her YouTube channel on Oct. 28. “I’m looking for a sakura Pink Birkin, please, or a Kelly. It doesn’t matter, for as long as it’s a sakura.”

One of the most memorable bags she showed was a black Hermes Birkin, 35 centimeters, shiny black with palladium hardware as accent.

She narrated how it became a popular bag: sometime, years ago, she ran off to Hong Kong after rumors were spreading that Sen. Francis Pangilinan and herself are breaking up, and as soon as she went back to Manila, press people who waited for her took a shot of her, all while she was carrying the bag.

“I was looking for it for so long. It’s burgundy colored and I love it. It’s like a deep red wine color. I have not been able to use this bag because I only found it when we were preparing for this episode,” she said.

Another favorite on display was a Louis Vuitton Brea purple crocodile leather bag which she got in Milan.

“It’s like I heard it calling my name, ‘Sharon, Sharon’ because of the color. It is the most perfect shade of purple for me. I don’t like anything deeper than this,” she said.

Also in her collection is an Hermes Birkin Thallase Epsom periwinkle leather bag and a Hermes Birkin togo leather bag with gold hardware as accent. She uses the latter all the time when she goes to the studio.

Cuneta also presented a white vintage Chanel bag, her beloved shinny red Louis Vuitton working bag, and her very first Hermes Kelly bag in black, which was about 30 years old. She bought it when they weren’t that expensive yet, she recalled.

But her favorite Birkin bag of all is the Birkin Bleu Brighton Porosus Crododile, because she loves its color. She explained how special it is because it even bears a picture of Korean star Gong Yoo.

Lastly, she showed the bag which her mom Elaine Cuneta owned, a Louis Vuitton Damier bag.

“It’s the last bag that she used when she was rushed to the hospital and the day she passed away,” she noted, turning sentimental as she recalled its former contents.

The Megastar said she looks forward to handing down her bags to her daughters and hopefully to a daughter-in-law, so her son better marry a good woman, she joked. JB

Frankie Pangilinan: Criticism of gov’t is for its improvement, not failure