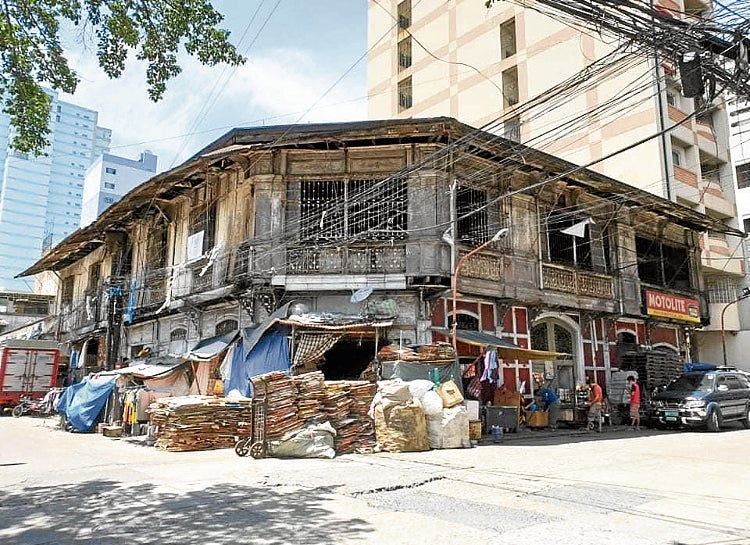 One of the most talked about heritage issues in the country recently is the demolition of Sunico Foundry in San Nicolas, Manila.

Permission was given for it to be torn down since, according to the Manila City Hall, it is a public hazard and as per the National Museum (NM), the 19th-century edifice is not a declared cultural property and not in a declared heritage zone.

In a recent online forum organized by the conservation center of the University of Santo Tomas Graduate School, Erik Akpedonu of the International Council for Monuments and Sites-Philippines, however, underscored the building’s significance which actually merited its declaration either as an Important Cultural Property or National Cultural Treasure.

Located at the corner of Jaboneros and Barcelona Streets and built in 1891, the building, according to Akpedonu, housed the foundry and office of the famed 19th-century bell caster Hilario Sunico.

The foundry existed until 1937, producing close to 200 bells used and being used by churches in the country from northern Luzon to Mindanao.

The foundry is not only one of the oldest existing “houses” in Manila but, in fact, the largest surviving Spanish-era structure in San Nicolas, a district that was largely spared from destruction during World War II, said Akpedonu.

It is also one of few extant structures in the ornate flower and trellis style which, prior to its demolition, possessed a significant amount of metalwork grills and eave brackets, bearing the signature Sunico Style.

Furthermore, Akpedonu said the structure is the only existing 19th-century foundry in the country and one of only five Manila houses which still have original plans kept at the National Archives.

Although not declared as a heritage zone, “it must be taken into serious consideration that the district of San Nicolas together with the district of Binondo to the east, consisted of the country’s historical economic district,” said Sunico kin Maria Cecilia Atienza Sunico in an online interview.

The heritage structures in this area, Sunico Foundry included, are part and parcel of the economic and cultural history of the area and “to a larger extent, the country,” she added.

In Republic Act No. 10066, or the National Cultural Heritage Act of 2009, heritage zone is defined as “historical, anthropological, archaeological, artistic geographical areas and settings that are culturally significant to the country” as declared by the NM and the National Historical Commission of the Philippines.

A heritage zone declaration protects the historical and cultural integrity of an area and if an area is declared, its maintenance should be done by the local government.

The tasks of the local government under the said law are ensuring the adaptive reuse of cultural properties, maintaining the general appearance of the geographic area “as close to their appearance at the time the area was of most importance to Philippine history,” and the documentation and sustaining of the sociocultural practices of the declared area.

Historian Regalado Trota Jose notes in his book on bells that San Nicolas was known as Baybay during the late 16th century and was the first Dominican mission outside of Intramuros, founded in 1598.

As early as the late 16th century, its residents were noted to be iron workers, a skill that would transcend centuries, until the first half of the 20th century.

These areas are roughly now the barangays 275 to 286 and their immediate environs.

San Nicolas is home to a number of extant heritage structures dating back to the mid-18th century to the first half of the 20th century, which actually merits its declaration as a heritage zone, notwithstanding its distinction as an archaeological site with history dating back to the pre-Spanish colonial period.

In his study on the built environment of the area, heritage advocate Stephen Pamorada documented Spanish period to American-era heritage structures in San Nicolas which include foundries, storehouses and commercial buildings.

Aside from Sunico Foundry, these include, among others, Casa Tribunal de Naturales on Asuncion Street, Chan Uangco Sunico House at the corner of Lara and Camba Streets and Ides O’Racca Building on Carmen Planas corner M. de Santos Streets.

This octagonal, two-story structure was built in 1758 as a market with a number of shops for merchants. It was destroyed by fire in 1810 and was never rebuilt. However, portions of its original stone walls still exist and form part of the school’s perimeter fence.

In 2015, the NM declared the Alcaiceria’s 1762 carved stone marker as a National Cultural Treasure.

The marker, unearthed in the 1980s when buildings for the school were being constructed, is described by the NM as an “extremely important touchstone” for the history of Manila and the Spanish regime in the 18th century. —CONTRIBUTED