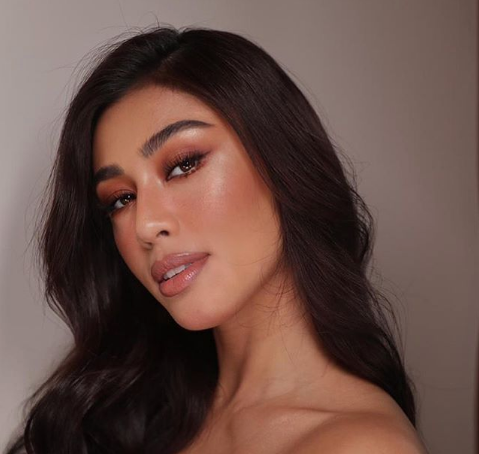 The result of her expression of support for Gumabao? Lemonon got bashed left and right.

Gumabao felt it was okay to leave the pageant after she told the organizers why she’s leaving and they understood her reason.

“I congratulated our winner and after that I thought I could go home to my family, have some time to rest and be by myself and everything would be okay, but then everyone online started making stories, thinking they know me, thinking they know what really happened,” she said. “I am speaking up now and defending myself because I know no one will. This is my statement, this is my story, this is my message for all of you.”

Lemonon then commended Gumabao, saying, “Also proud how you decided to handle this situation, despite everything.”

Her comment on Gumabao’s statement yielded a backlash, mostly pointing out that it is Lemonon’s fault that there is a controversy now in the first place.

One @emang_20 also blamed Lemonon for the brouhaha, saying, “@sandralemonon kasalanan mu to lemon..may pa tea tea kapa kasi…” (This is your fault, after your “spilling the tea” statements.)

(Even if Rabiya did not cheat, you will never win, you did not even make it to the Q&A round, and even if you did, will you be able to answer? You did not even get through a previous round.)

Right after the pageant, Lemonon had everyone talking with her cryptic messages via Instagram Stories, hinting that there had been cheating during the pageant and warning the public that she has big announcements to make.

The pageant’s national director Shamcey Supsup soon addressed the issue with her own statement via Instagram Stories as well: “To bear defeat with dignity, to accept criticism with poise, to receive honors with humility — these are the marks of a true QUEEN.”

“Accepting defeat graciously is one of many [marks] of being a queen…,” came Lemonon’s quick retort. “But what you forgot to say Is that REAL queens Play FAIR don’t CHEAT.”

Lemonon has yet to make the supposed big announcement she earlier stated she would give about the pageant irregularities she alleged. JB