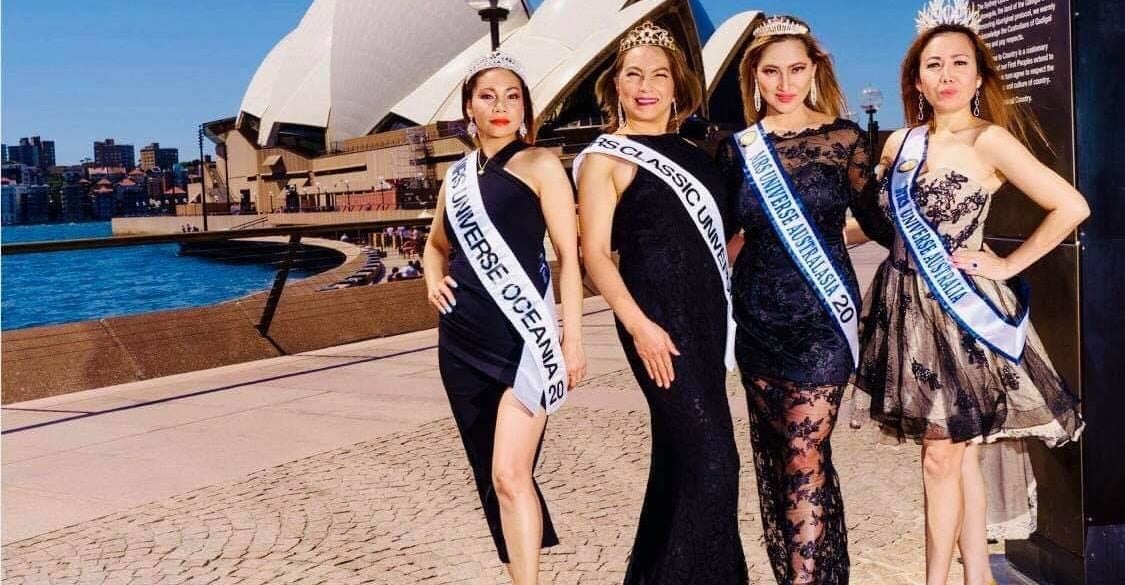 MANILA, Philippines—A band of Filipino women based in Australia will take part in the 2020 Mrs. Universe pageant, which will have a virtual spin this year given the Covid-19 pandemic.

Four Sydney-based Filipino-Australian women will compete against representatives worldwide in the international competition open to married, divorced, and widowed women as young as 18 years old.

Pageant veteran Maryrose Salubre, 40, will carry the Mrs. Universe Australia sash. Born in Leyte, the realtor and entrepreneur moved to Australia in 1994.

Kristine Aseron Santos, 40, will wear the Mrs. Universe Australasia banner. The Manila-born runway model and pageant coach moved to the Land Down Under in 1994.

The Philippines will be represented by 56-year-old educator Ceres Calizo Ledesma. The appointed Mrs. Classic Universe Philippines was born in Aklan, and moved to Australia in 1993.

Both Ledesma and Wheeler look up to Australia-born Catriona Gray, the fourth Filipino woman to win the Miss Universe title, as their inspiration.

“Even though she was born in Australia, she still reflects her traditional culture,” Wheeler told the Inquirer in an online interview.

Ledesma said, “she is a perfect Filipino woman who possesses beauty and brains that made the Filipino people genuinely proud.

For Salubre, 2015 Miss Universe Pia Wurtzbach’s determination had the most impact on her because “She never quit until she achieved her goal.”

Aseron, meanwhile, said she looks up to 1969 Miss Universe Gloria Diaz, the first Filipino woman to bag the crown.

For the Sydney-based beauties, being Filipino will help them on the international stage.

“There is one particular value that is part of my makeup as a Filipino: The basic appreciation of life, the comprehension of human suffering, compassion, and beauty of life in all cultures,” Wheeler said.

“My ability to communicate with genuine interest helps display my honesty, as I support the women of the world,” she continued.

Salubre, for her part, said Filipinos are winning pageants because they are “passionate in everything we do.” While Ledesma said, “Filipinos manage to rise above the challenges.”

For Aseron, “being helpful to others” is an advantage that Filipinos have in the international arena.

Mrs. Universe pageant will run in December. The four Sydney-based Filipino women invite the public to vote for them on the pageant’s official Facebook account from Dec. 1 to 24.