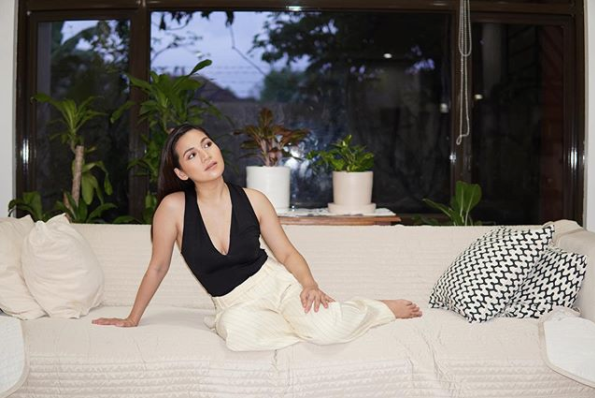 Vacations can sometimes be marred with accidents and singer Kyla recalled how fidgety she was for fear of one, after her husband, basketball player Rich Alvarez, went missing for an hour during a past family ski adventure in Switzerland.

Kyla reminisced about the scary day in her Instagram page today, Nov. 4.

“Looking at our pictures and videos… there are so many stories to tell,” said Kyla’s about a throwback photo of their Swiss vacation where she was with her husband and her son Toby.

“This was the day when you went missing for more than an hour. You were only supposed to get another sledge for me. Grabe yung takot namin ni Toby (Mine and Toby’s fears were intense). We were looking for you everywhere,” Kyla recalled.

After a while, the singer’s fear was subdued by a message from her husband.

“An hour later, I got a message from you saying you got lost – accidentally went on the fast skiing lane and on your way back to us. We were crying in the bathroom thinking of the worst things that could have happened,” she narrated. “I didn’t even get mad at you when I saw you. I was just happy to see you.”

But it would have been a different scenario, Kyla said, if it happened “at the mall or somewhere else.”

“I’d get mad at you for sure for leaving us. Haha! I was just so thankful that you were ok. Thank God,” she said. Kyla then recalled they nearly forgot to sledge because of the incident. But they were still able to, although they had no idea they were going to face one of the longest slopes in the world.

“It was an [hour-long] ride with the best views of the valley,” she said. “Sobrang ganda (It’s so beautiful)! It was so fun, we did it twice that day.” JB