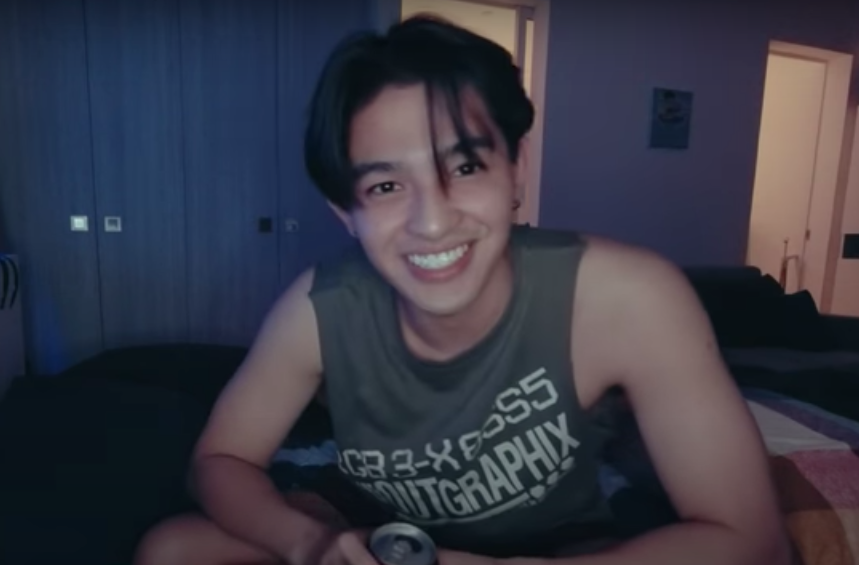 Joao Constancia willing to do kissing scenes in BL projects

Former BoybandPH member Joao Constancia is willing to lock lips with another guy in a Boys Love (BL) project.

Playing Kendrick, the love interest of Jameson Blake’s Jason character in Star Cinema’s “My Lockdown Romance,” Constancia said he will not hesitate to kiss a guy in a bromance movie, which is now becoming normal in presenting BL love stories.

“I’m willing to do it. As an actor, if it is essential for the movie, for the story, I am happy to do it po,” he casually said during the online press conference for the movie on Nov. 2.

Meanwhile, Constancia revealed that he had not been in a bromance, and that the closest to it that he has gotten himself into was when people thought he and his friend were in such a situation.

“I’ve had instances where me and my close friend, we talk. I guess they thought it was going to a certain direction. But I just want to make things clear na ‘o, we’re just friends. My love for you will always be the same. I would care for you, I’d be here for you whenever you need me. That’s the kind of friend I am,” he said.

Constancia also revealed that he was offered to audition for this movie.

“I asked my management [first] if it is okay because I want to do it. I told my family about it back home. They were [really] excited because this is a new film where I am starring in,” he shared.

The first day shoot was quite a struggle for the young actor. Fortunately for him, director Bobby Bonifacio, Jr. provided him guidance for his role.

“To be honest, the first day we had, there was a certain scene [where] I struggled portraying, showing some emotion but luckily direk Bobby was there to help me out and he walked me through it,” he explained. “And at the same time, what I did is I [just] put [myself in the shoes of] Kendrick’s character. With direk Bobby’s guidance, that really helped me out and I guess I got to pull it through.”

“I got to talk to direk Bobby and other cast. [They helped me] how to understand the character and they just gave me the freedom to learn and portray my character,” he added.

Constancia is quite relieved that in his first BL movie, he gets to work with a friend, Blake. He said this helped remove the burden of “breaking the ice” between them.

The movie, based on Constancia’s assessment, is “super relatable,” as he stressed, “The story setting is within what is happening right now.”