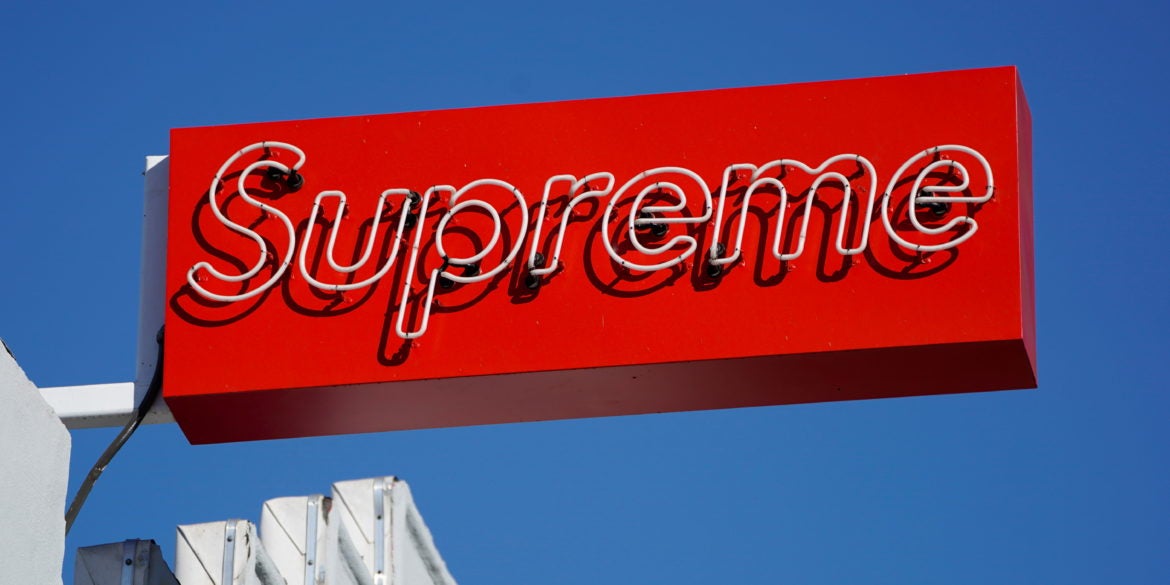 VF Corp, which also houses brands such as The North Face and Timberland, said it would make an additional payment of up to $300 million, subject to satisfaction of certain post-deal closing milestones.

Known for its red box logo with “Supreme” written in white, the brand has gained a following among “hypebeasts,” or fans of the streetwear style, with product launches of everything from hoodies to burner phones selling out in minutes and people lining up outside its 12 stores worldwide for hours.

Perceived scarcity has helped Supreme to acquire a cachet among young people and allowed it to charge far higher prices than other streetwear brands like VF’s Vans and Nike.

VF Corp estimated the broader streetwear market to be a roughly $50 billion global opportunity and that Supreme was at the epicenter of this market, he said.

VF Corp executive said its deal with Supreme will help bolster its e-commerce business, which has become more urgent for apparel and footwear makers due to the COVID-19 pandemic.

Supreme, which has collaborated with many prominent fashion names including Louis Vuitton as well as Nike, Levi and Vans, gets over 60% of its revenue from the online business.

The deal, which is expected to be completed late in 2020, is anticipated to contribute at least $500 million of revenue and adjusted earnings per share of 20 cents in fiscal 2022.

Supreme does not provide group sales or profit figures but its UK-based European arm is obliged to publish annual accounts and these have showed rapid growth and industry-leading margins in recent years.

In the year to the end of January 2019, Supreme’s European business racked up revenue of 100 million pounds ($130 million) despite having just two stores and a profit margin, before interest expenses, of 44% – a multiple of the margins earned by other streetwear brands like Vans, Abercrombie & Fitch or even luxury brands like Gucci, company filings show.

Analysts have wondered whether Supreme will be able to maintain its premium pricing as its products become more ubiquitous, but were more sanguine after Monday’s announcement.

“Supreme is a strong streetwear brand …. and while the brand has built its appeal on scarcity, we believe the market will be excited at the margin and growth profile and its contribution to VFC,” Bernstein analyst Jaime Merriman said.

(Reporting by Aishwarya Venugopal in Bengaluru and Melissa Fares in New York; Additional reporting by Tom Bergin in London; Editing by Maju Samuel and Bernadette Baum)