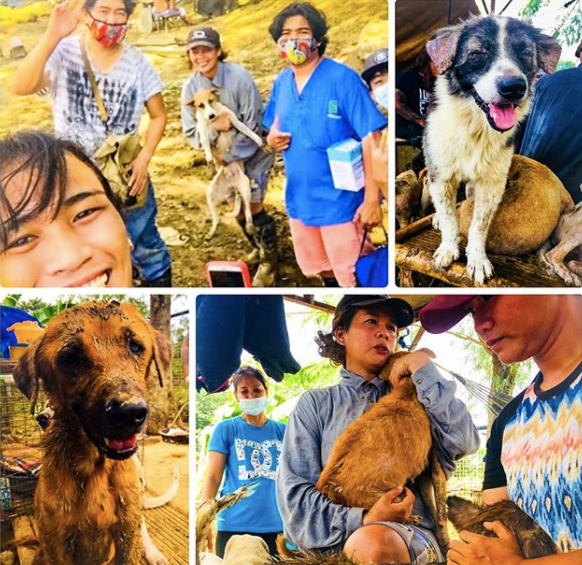 TV host and broadcast journalist Korina Sanchez only has praises for an organization which was instrumental in saving the lives of animals stranded by the onslaught of Typhoon Ulysses.

Sanchez lauded the heroism of a team of rescuers, as seen from her Instagram post yesterday, Nov. 15 where she shared a collage of photos of dogs saved.

“Hooooray to the Life Saver Squad who called for help for a truck and driver to rescue stranded animals in Cavite, she stated.

Sanchez acknowledged that so many helpless and voiceless animals were killed by the floods because they were tied by owners and were not able to cut themselves loose.

“But many swam as hard as they could, and went on rooftops for safety. The will to live. The willingness to be grateful to anyone who could help,” Sanchez said, as she also expressed gratitude to the team who called on her to be part of the effort.

“Hardly anyone thanks you for rescuing animals. This makes the act more heroic. 25 dogs were rescued one afternoon and we are going back. Ambabait ng dogs (The dogs were so kind) and so, so friendly. They’re at a shelter in Magallanes, Cavite now. We are sending vets and donated food and medicines,” she said.

Sanchez stressed that the dogs are still in need of help even after they have already been rescued.

“If you find it in your heart to help, we need: Vit C capsules, medicated anti-tick and fleas shampoos or soap, collars and leashes, kalabasa, malunggay, sweet potato, okra, rice,” she enumerated the dogs’ needs.

The TV host said she and the group can provide receipts for cash donations and can do pick up if the donations are in kind. She also encouraged those who are interested to support to drop her an email at [email protected] JB