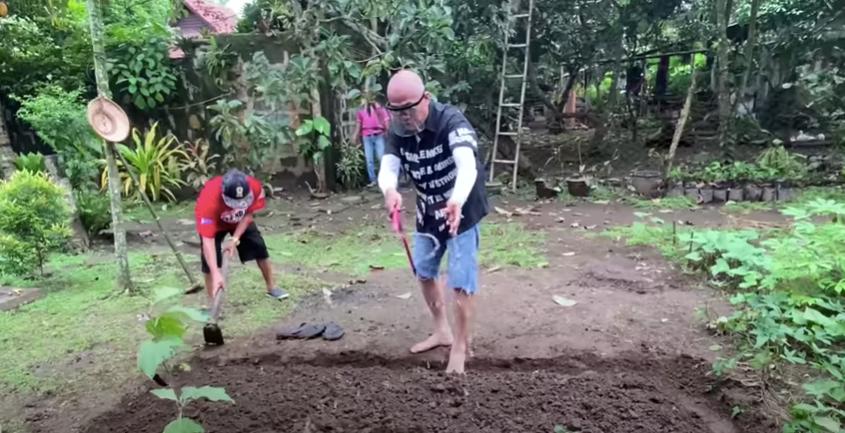 You may often hear the Philippine King of Talk Boy Abunda discussing various topics with celebrity guests, but how many of you have seen him tilling soil?

Abunda showed fans that there is actually a plant lover in him which can indeed grow plants, as per his YouTube channel, “The Boy Abunda Talk Channel” on Nov. 11.

In this episode of his vlog, he can be seen planting in his Lipa, Batangas farm. One of the first plants Abunda showed is a Monstera plant growing healthily in the farm, which both him and his staff noted as expensive.

Bong Quintana, Abunda’s partner and the one manning the camera, later panned to a slew of plants like the money plant, sanggumay, mayana, la suerte and ilang-ilang.

“You know I’ve gone to this place, I didn’t know that we have a lot of precious plants. Nakakatuwa talaga (It’s really a joy). I feel guilty that we took notice only now that people are into plants. But from now on, I’m gonna take care of the plants here in Lipa,” Abunda said.

Abunda later prepared to make a plot where he would plant those plants he got from Tagaytay. As he tilled the soil and made the initial plot, Abunda explained why it has become so natural for him to plant.

“Ewan kung bakit, napaka-komportable ko sa mga trabahong ganito, pagbungkal ng lupa. (I don’t know why but I am so comfortable in this kind of work, tilling the soil) I always am proud to be a descendant of the tillers of the soil and fishers of the sea,” he said. “Ito talaga ang pinanggalingan ko.” (This is really where I come from.)

Originally, Abunda planned to make six plots, but after realizing how difficult it is, he decided to simply make one or two. As he tilled the soil, Abunda also shared something which he said he realized during the pandemic – planting can be our way of paying back Mother Earth for all the harm we have caused her.

(This is what we should be doing now. Make Mother Earth healthy again after all the years of our abuse of her. We need to make it up with Mother Nature because we have done all sorts of things to weaken her, which is why the world is sick right now.)