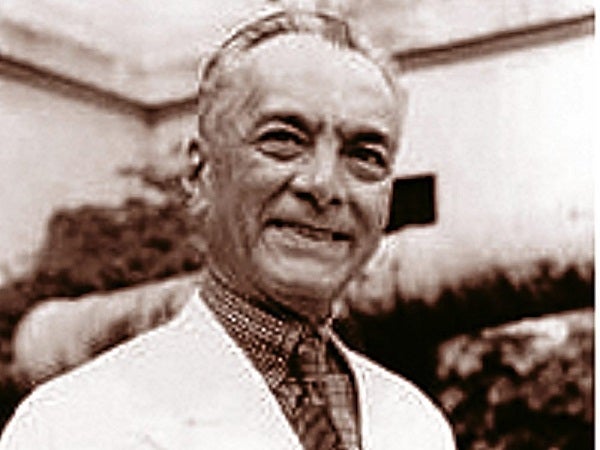 I’ve come across hundreds of quotes by men who are famous, notorious or anonymous.  Quotable quotes serve as our lessons in life, made clear and succinct, with a touch of wit and wisdom. They teach us how to think or act in given situations.  Here are my favorites.

In our philosophical moments, cogito (I think) gave us assurance that ergo sum (I exist) is not only a physical but a spiritual possibility.  We are able to grow in knowledge, wisdom and spirituality.

Still, we realize that we are both unlimited and limited.

Unlimited because we are free to do and not to do, free to choose what to believe or not.  We can be sinner or saint.

Limited, because we cannot fully understand the many mysteries on earth and the galaxies, the many miracles in God’s creation.

Ultimately we find comfort and safety in the power of our faith.

“Just do it!”—Nike. This is the greatest slogan ever conceived for a branded product. A powerful selling idea.  For “Just do it!” I salute the advertising creator of Nike for his astute insight on what motivates a person to pursue his full potential.

“Just do it!” is a strong challenge to procrastinators, Philistines, dilettantes, excuse-givers, moochers, whiners and lousy bums to get real and make something out of their lives.

The slogan hits a raw nerve in man’s lackadaisical attitude to personal fitness and, more important, the pursuit of work excellence.

We have to take the first step.  If we fail, take another step.  And another.

“What we have here is a failure to communicate.”—the jail warden to a tough prisoner (played by Paul Newman) in the classic movie, “Cool Hand Luke”

Failure to communicate is the crux of conflicts between creatures from Venus and those from Mars, between the hawkish bunch of George W. Bush and the rigid fundamentalists led by the late Osama bin Laden.

It’s the same with siblings of the moneyed class, frothing at the mouth, suing each other to get the wealth of their geriatric parents afflicted with Alzheimer’s disease.

The best approach to successful communication is the participative setup—thinking and working together to solve a common problem for the benefit of all.  In management terms, it’s TQM (total quality management), a process aimed at customer or audience delight.

In the discussions, it is important that all members of both sides are knowledgeable, sincere, transparent and fair.

“To raise a boy, you need a village.”—an old African proverb

The original village needed for raising a boy is a barrio in the rural area,  an agricultural community.

Barrio life has built-in character builders for boys.  Farm and backyard work instill grit and industriousness.  Planting and harvesting develop an instinct for survival.  The enjoyment of rivers and lakes promotes values for preservation of ecology.

In the barrio, communal work is a way of life.  Barrio culture breeds solid family units. Barrio life thrives on children’s unconditional obedience to parents, respect for elders, and loyalty to tribal community.

Middle-class parents need a different approach to raising a boy, because they live in a different kind of village   such as Forbes Park, San Lorenzo, Magallanes, Ayala Alabang.

In raising a boy, middle-class fathers must be ingenious  and adaptive in identifying the tasks and models for character building within their cosmopolitan environment, modern accessories for work shortcuts, and goods and services for instant gratification.

The same barrio virtues are needed for character formation in a middle-class urban family. There is no easy way for a boy to succeed in the future.

“To hide his sh*t, he sat on it.”  I heard this Thai proverb from Khun Pridi Chakorn, my Thai friend from Bangkok.  Khun Pridi was describing a client notorious for taking bribes. He was beating around the bush to prevent us from getting a job contract.

President Aquino’s drive against corrupt officials is emitting so much foul odor, thievish bureaucrats from the Bureau of Internal Revenue, Customs, Comelec, Agriculture, Police and Armed Forces try to hide their unexplained wealth by “sitting on their sh*t.”

Transferring titles to their relatives and salting dollars away in foreign bank accounts won’t hide their foul deeds.  Their original assets and annual salaries are simply too inadequate for these corrupt bureaucrats to account for their obscene wealth. The paper trails won’t lie.

Something is rotten in Denmark.  Our nose knows.

This self-fulfilling prophecy is the cause of suffering for our poverty-stricken masang Filipino.

Years of self-destructive martial law, a return to a dysfunctional democracy, the sound and fury of two Edsas failed to uplift our society.  Our government is still stuck in the pit of impotence after gaining independence from American rule in 1947.

While many of the countries in Asia were still under British, French and Dutch rule, we had already gained our freedom. The Americans trained us in the principles of democratic rule. Our English system of education gave us a big competitive edge.  It allowed us the quickest access, and the advances of science and technology, free enterprise businesses and global commerce, and the training should have gotten rid of our inferiority complex.  Instead we wallowed in false pride by over-rationalizing nationalism and the  “think small” mentality.

Hordes and hordes of Filipinos are leaving for America to get their green cards.  Migration to the US is a priority because many Pinoys covet the American dream.

Poor Manuel Quezon. He is eating his words.