Dominic Ochoa on new system of lock-in shoots: 'We realized we don't need so many people' | Inquirer Lifestyle ❮ ❯ 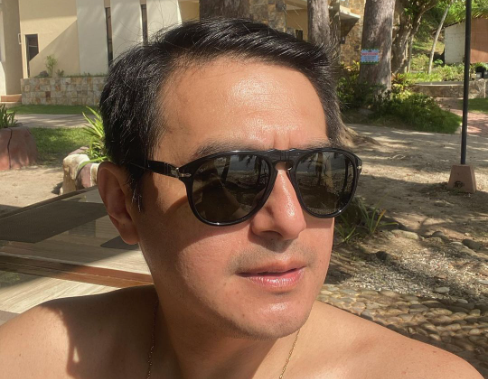 Dominic Ochoa on new system of lock-in shoots: ‘We realized we don’t need so many people’

Shooting a movie in the new normal entails lots of preparations for an actor – swab testing, observance of health protocols and spending more time in a lock-in set, are but some. But though these may seem inconvenient, Dominic Ochoa approves of these steps.

Ochoa is playing Papa Caloy in “Four Sisters Before the Wedding,” a prequel to the 2013 hit film “Four Sisters and a Wedding.” Instead of a theatrical release, the film will start streaming worldwide on Dec. 11, due to the pandemic.

The actor finds no problem in the new shooting set-up also brought about by the pandemic. For him, it makes one’s work even easier.

(Honestly, I like this new system because since everything is all ironed out, you already have a script, you need to be ready. In the pandemic, we realized that it’s just like a reset button. We realized that we don’t need so many people. It turns out we can do all these things without the presence of so many people around.)

“I like the new system,” he reiterated. What he finds difficult is saying goodbye when the shooting is finished.

(Since you spent a long time together and you saw each other everyday, it’s hard to say goodbye, because you got close to each other.)

Ochoa lauds ABS-CBN for coming up with projects even without a franchise.

“Inabutan na tayo ng shutdown, medyo hindi maganda ang kalagitnaan ng 2020 para sa ating station, sa ating network, pero I have to give it to ABS-CBN, Star Cinema, iWant for coming up with content, with shows like this na nagbibigay ng inspirasyon which is I think the most important thing,” Ochoa stressed. “Despite sa hirap ng buhay ngayon, may naiisip pa rin tayo to inspire people.”

(We were hit by a shutdown. The middle of 2020 has not been pretty for our station, for our network, but I have to give to ABS-CBN, Star Cinema [and] iWant for coming up with content, with shows like this that gives inspiration, which I think is the most important thing. Despite the difficulty of life now, we are still able to think of things to inspire people.)

Ochoa felt more than grateful for the network as it continuously makes an effort to produce more and new shows for its audiences.

(We were given work even if we’re not on television, it finds ways to give entertainment, fun and inspiration to viewers, to rise above things, to be happy and not to be bothered by problems.)

Aside from the film, Ochoa is also appearing in the iWant Boys’ Love series “Oh Mando” starring Kokoy De Santos and Alex Diaz, where he plays the father of De Santos.

“Four Sisters Before the Wedding” can be viewed via KTX (ktx.ph), iWantTFC (iwanttfc.com), TFC IPTV, Cignal PPV (my.cignal.tv) and Sky Cable pay-per-view (mysky.com.ph), under the distribution of CineXpress. JB