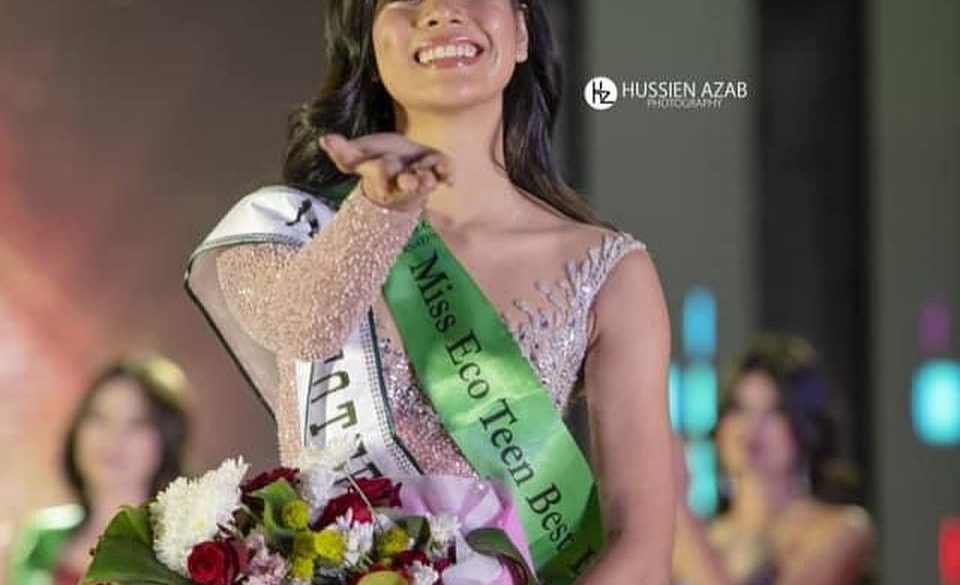 Roberta Angela Tamondong became the first Filipino woman to win in the Egypt-based global competition for teenagers, a young counterpart to the Miss Eco International pageant that seeks to promote environmental awareness, at the culmination of the ceremonies staged in Hurgada, Egypt, on Dec. 5 (Dec. 6 in Manila).

MWP is the global pageant’s official licensee in the Philippines.

Vegafria said Tamondong’s victory “isn’t just a personal triumph based on her strengths, merits and other hard-earned credentials. It also represents the collective optimism and hope of a nation and a people that have endured so many challenges over the past months, yet remained resilient and kept their heads high as they keep on treading through life with so much faith and positivity.”

He added that MWP shares the country’s recent triumph with the Filipino people “who have kept the faith, and deserve yet another great reason to remain proud as a nation.”

The 18-year-old student was a last-minute entrant to the international pageant’s second edition in Egypt. MWP was not able to mount a 2020 national search because of the pandemic and initially hinted at missing out on this year’s global tilt.

A separate entity, also a Miss Eco Teen official licensee for another country, tapped Dutch-Filipino Danielle Dolk to carry the Philippine flag in Egypt. But MWP found Tamondong to officially field in the international contest.

Tamondong was a heavy favorite to win the title leading up to the coronation. She finished third in the talent competition, and placed second in the resort wear contest. She also bagged the Best Eco Dress Prime award. During the final ceremonies, she received the Best in National Costume citation.

A veteran of national and local competitions, Tamondong had a fruitful 2019 in the pageant circuit.

In a post on his Facebook page, MWP General Manager Arnold Mercado said, “Your MWP family can’t be more proud of your achievement, we have been right from the very start.”

MWP is currently accepting applicants to its national searches for both ladies and gentlemen.