'The Godfather, Coda: The Death of Michael Corleone' Is a Chance to Revisit a Film That Didn't Deserve Its Brickbats | Inquirer Lifestyle ❮ ❯ 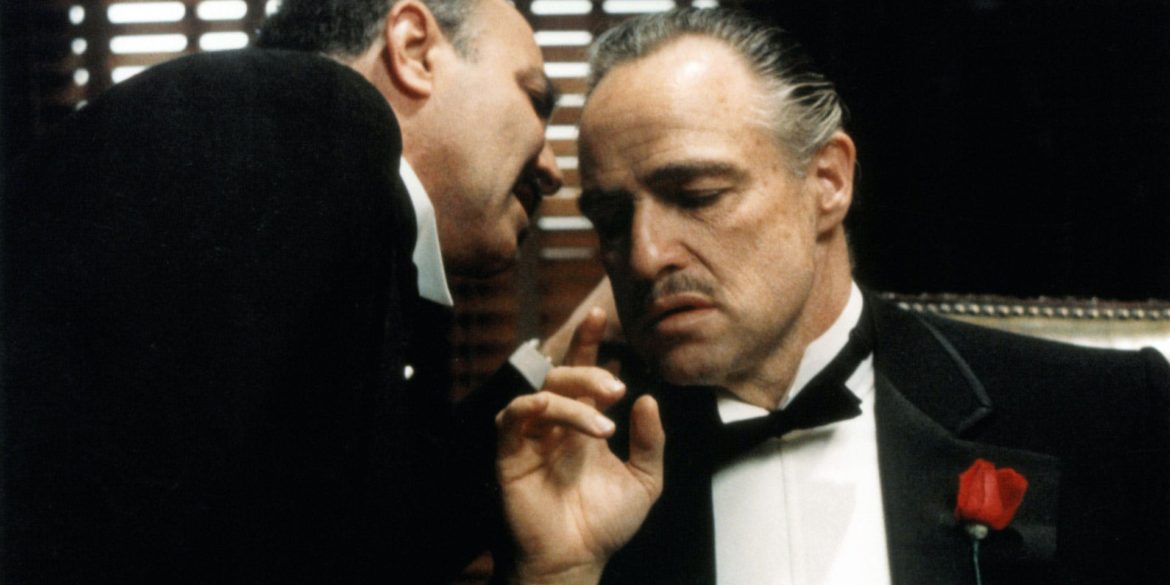 ‘The Godfather, Coda: The Death of Michael Corleone’ Is a Chance to Revisit a Film That Didn’t Deserve Its Brickbats

LOS ANGELES (Variety.com) – This past summer, I happened to watch “The Godfather Part III” again. At the time, it wasn’t known that Francis Ford Coppola was preparing a new version of the movie, one that would be retitled “Mario Puzo’s The Godfather, Coda: The Death of Michael Corleone.” It’s probably a good thing that Coppola hasn’t decided to retitle any of his other films. (“Apocalypse, Now and Then: The Cracking Up of Col. Kurtz” doesn’t have the same ring.) Nevertheless, the cumbersome title of “The Godfather, Coda” does provoke one’s curiosity. It makes the movie sound like a different animal than it was before. (It opens in a handful of theaters today and will be available On Demand and Blu-ray starting Dec. 8.)

The reason I’d gone back to “Godfather III” is that it’s a movie I’d always wanted to revisit and never had. In 1990, I was one of the few American critics who liked it. Writing in Entertainment Weekly, I said, “‘The Godfather Part III’ isn’t the overpoweringly great movie the first ‘Godfather’ was (let’s be reasonable — how could it have been?), and it lacks the bone-chilling gradations of darkness that made ‘The Godfather Part II’ a singular American tragedy. This one is slower, talkier, and more prosaic: two hours of exposition and 40 minutes of payoff. What’s more, its narrative seams sometimes show. Yet by the end, the movie has attained a deep-grained emotional grandeur that can hold its own with that of the other two films.”

I think that’s a tad overstated, but I stand by it. Thirty years after its release, the flaws of “The Godfather Part III” are just as pronounced. The storytelling, at times, is slipshod and arbitrary. (Joe Mantegna’s Joey Zasa first seems a minor-league mobster, then he’s a showboating celebrity kingpin. And why would Michael, now bent on respectability, object to his son becoming an opera singer?) What’s more, there’s a detail in the movie that’s so wrong it jars me in almost every scene. I’m talking about Michael Corleone’s hair. I can certainly imagine that Al Pacino, in the early ’90s, might have shown up on the red carpet sporting a thatchy salt-and-paper bristle cut. But Michael Corleone? At the age of 50, he would never have abandoned his old-school Italian coif, the hair oiled straight back (just like his father’s), which gave him the look of a mobster cobra. In “Godfather III,” we have to buy that Michael, in the years leading up to 1979, has undergone a change — that in his cold dark staring way he has softened and is looking for redemption. I can go with that. Yet the fact that he walks around looking like the Godfather of Beverly Hills is a trivial but revealing indication that Coppola had misplaced his former mastery of detail.

That said, “The Godfather Part III” gathers force as it goes along. It’s a movie that can sweep you up if you let it. One of the criticisms at the time I passionately disagreed with was the collective attack on Sofia Coppola’s performance. It was obvious that she wasn’t a trained actress, yet her ripe sensuality and slightly dazed ordinary-girl inflections had a vividness that came across as authentic. The movie was saying that this — a girl who was clearly a product of the media age — is what a mobster’s daughter might look like. The dangerous romantic spark between Mary and Andy Garcia’s hotheaded Vincent is one of the most potent things in the movie, and the flow of feeling between Sofia Coppola and Pacino felt deep and true. It always struck me that what was being attacked, at the time, was the nepotism of the casting: the fact that Coppola was born to Hollywood royalty and had landed in this movie. What happened is that she showed up and gave a technically unpolished, emotionally alive performance, and for that crime, she was bashed like a Kardashian on Twitter.

Okay, enough about that. How is “Mario Puzo’s The Godfather, Coda: The Death of Michael Corleone”? (God, I just love saying that title.) Here’s the news and the ever-so-slight scandal: It’s the same damn movie. I’m not exaggerating; it really is. The one impactful change is the new opening scene. The film now begins with the let’s-make-a-deal negotiation between Michael and Archbishop Gilday (Donal Donnelly), the weasel who heads the Vatican Bank, in which Michael agrees to pay the Vatican $600 million in exchange for the right to become the controlling shareholder of Immobiliare, an international real-estate consortium. Taking that scene, which previously came about half an hour in, and moving it to the front gives the film a kick-start, and it clarifies the underworld-meets-Catholic-Church corporate-business plot that didn’t actually need clarifying.

Once that happens, the movie proceeds along in exactly the same way it did before, except that Coppola has made about five minutes’ worth of trims. (The original running time was 162 minutes; it’s now 157 minutes.) The only ones I noticed were, frankly, moments I wish were still there: those involving the character of Don Altobello (Eli Wallach), the ancient Mafioso who’s the godfather of Connie Corleone (Talia Shire), a warm family connection that only masks his treachery. I’d never say that this is my favorite Eli Wallach performance (he lays on the cooing and grinning a bit thick), yet his invisible sinister aura helps to sync the movie’s tone to that of the previous “Godfather” films.

The only other change comes at the very end. The original film concluded with Michael, now an old man in Sicily, seated on his chair in the sun, then he slumps over and dies. It was staged as a direct homage to Vito Corleone’s death scene in “The Godfather,” and it wasn’t really necessary. The new ending, in which Michael is seated in that same chair in the sun, only now he doesn’t die, probably improves on the old one. Yet the point that’s being made — that the “death of Michael Corleone” isn’t literal, it’s his spiritual death, the result of his having killed not only his brother Fredo but, indirectly, his own child — is a message that was already there, front and center. Pacino’s acting in the confession scene is still haunting (“I killed my mother’s son, I killed my father’s son…”). And that’s the fateful power of “The Godfather Part III”: that Michael, even in his quest for redemption, winds up getting the punishment he deserves. The last scene was always a brief unnecessary coda. Now it’s a slightly better unnecessary coda.

If I sound dismissive, that may be because I have little respect for Francis Ford Coppola’s obsession with tinkering with his own films. His decision, in 1992, to mash the three “Godfather” films together into “The Godfather Trilogy,” putting all nine hours and 43 minutes of it in chronological order, always struck me as the director’s-cut version of a kind of OCD, a move that wound up tarnishing one of the greatest American films ever made: “The Godfather Part II.” For, of course, part of the primal power of that movie is the cross-cutting between the ice-hearted saga of Michael Corleone and the story of how his father, Vito, played by Robert De Niro, first rose to power as an immigrant in New York. The meaning, the very essence of the film, is there in that cross-generational double story: the father, an honorable man, descending into the underworld because that’s the only way he feels he can gain a foothold in his new country; the son, born into power, losing his own honor through his need for absolute control. To think that putting all of that in “proper” order was somehow an improvement indicated that Coppola had lost his inner compass as a filmmaker.

“The Godfather, Coda” isn’t that kind of misstep. And I salute Coppola’s decision to put the movie back out there. I hope that a lot of people revisit it (or discover it for the first time), using that word “coda” as a key — for, of course, “The Godfather Part III” always was an extended coda to what is arguably the greatest epic saga in the history of American cinema. The “Godfather” films still speak to us as no other movies do. They’re our great national opera of family, crime, love, loss, corruption, power, and tragedy. If you watch “The Godfather, Coda,” you’ll see one of the last moments when Coppola’s filmmaking bravura was in full flower, and that’s the opera assassination sequence at the end. It’s exquisitely done (my favorite shot: the one where the man who’s been hired to kill Michael poses as a corpse), staged with a cutting yet tranquil rhythm that’s pure Coppola. And the scene that takes place afterward, on the steps outside, is the ending, wrapped in a silent scream of anguish, that this series always deserved. With “The Godfather, Coda,” let the tinkering be done. But I urge you to seek the movie out, because it truly does touch the grandeur of the first two films. Even if it can’t match it.